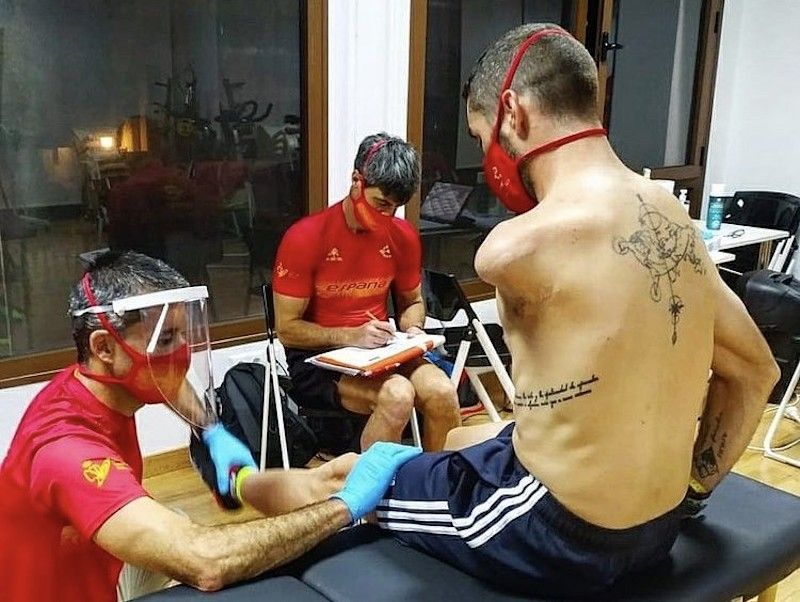 The World Triathlon (WT) has rewarded the work of the CEU UCH lecturer, one of the architects of the classification system for triathletes with a disability, which led to the paratriathlon becoming an Paralympic event at the 2016 Rio games.

The head of LIAMCEU, CEU’s movement analysis research lab, and lecturer on the Physiotherapy degree at the CEU Cardenal Herrera University (CEU UCH) in Valencia, Dr Javier Martínez Gramage, has been named the Deputy Head of Functional Classification for the Paratriathlon by World Triathlon (WT). As part of his new duties at this international organization, he will supervise the classification processes for those athletes who wish to take part in international competitions, world championships, continental championships and also the 2021 Paralympic Games in Tokyo.

CEU UCH lecturer Dr Javier Martínez Gramage began working with researchers across the world a decade ago to design a functional classification model for triathletes with a disability – one which would enable the paratriathlon to become a Paralympic event. Martínez Gramage was the only Spanish member of the World Triathlon Scientific Research Group, set up for this purpose and whose other members included the New Zealander Margueritte Christofer, Head of Classification for WT; Katerina Magouk, an IPC classifier from Greece; Scott Murray, a WT classifier from Scotland; and Eric Angstandt, Senior Manager of the Paratriathlon for WT.

In 2013, in preparation for the 2016 Paralympic Games in Rio, Dr Martínez Gramage led a team of other members of World Triathlon (WT) on the “Paratriathlon evidence-based classification system” research project, funded by the International Paralympic Committee (IPC) and with the support of the world-leading centre for Paralympic sport, the University of Loughborough’s Peter Harrison Centre for Disability Sport. 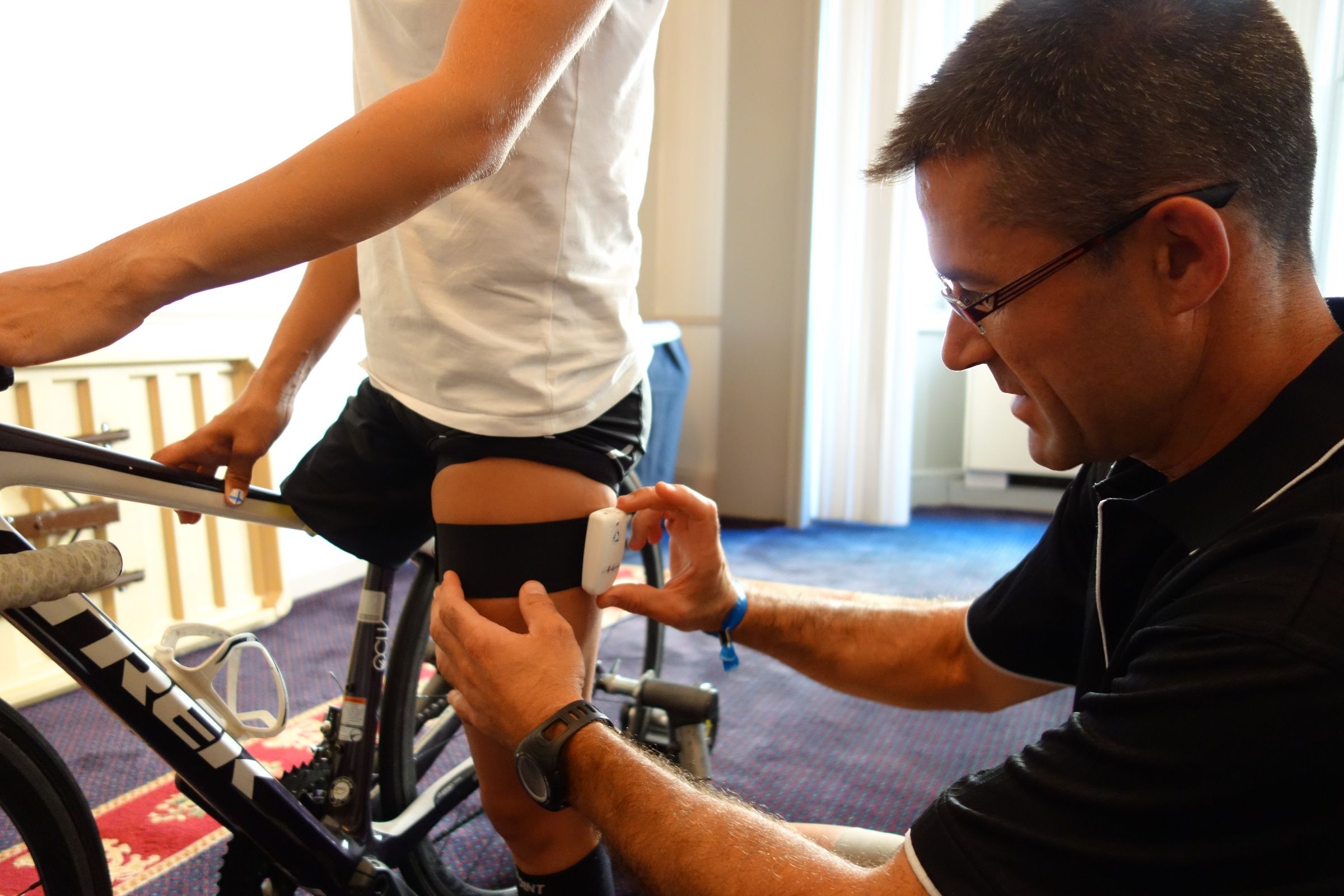 Javier Martínez Gramage fits an inertial sensor to one of the paratriathletes participating in the Chicago trial.

In 2015, the CEU lecturer was also the only Spanish member of the WT research team which employed biomechanical analysis using inertial sensors for the functional classification of paratriathletes competing in the World Triathlon Grand Final in Chicago, the sport’s world championships. Taking place the year before the Rio Paralympic Games, these championships brought together more than 200 of the sport’s top competitors.

At Rio 2016, the paratriathlon was included in the Paralympic Games for the first time and Dr Javier Martínez Gramage was one of the international classifiers, applying the previously designed system during the competition. Having been named as the WT’s new Deputy Head of Functional Classification, he will again be applying this system at the next Paralympic Games in Tokyo. 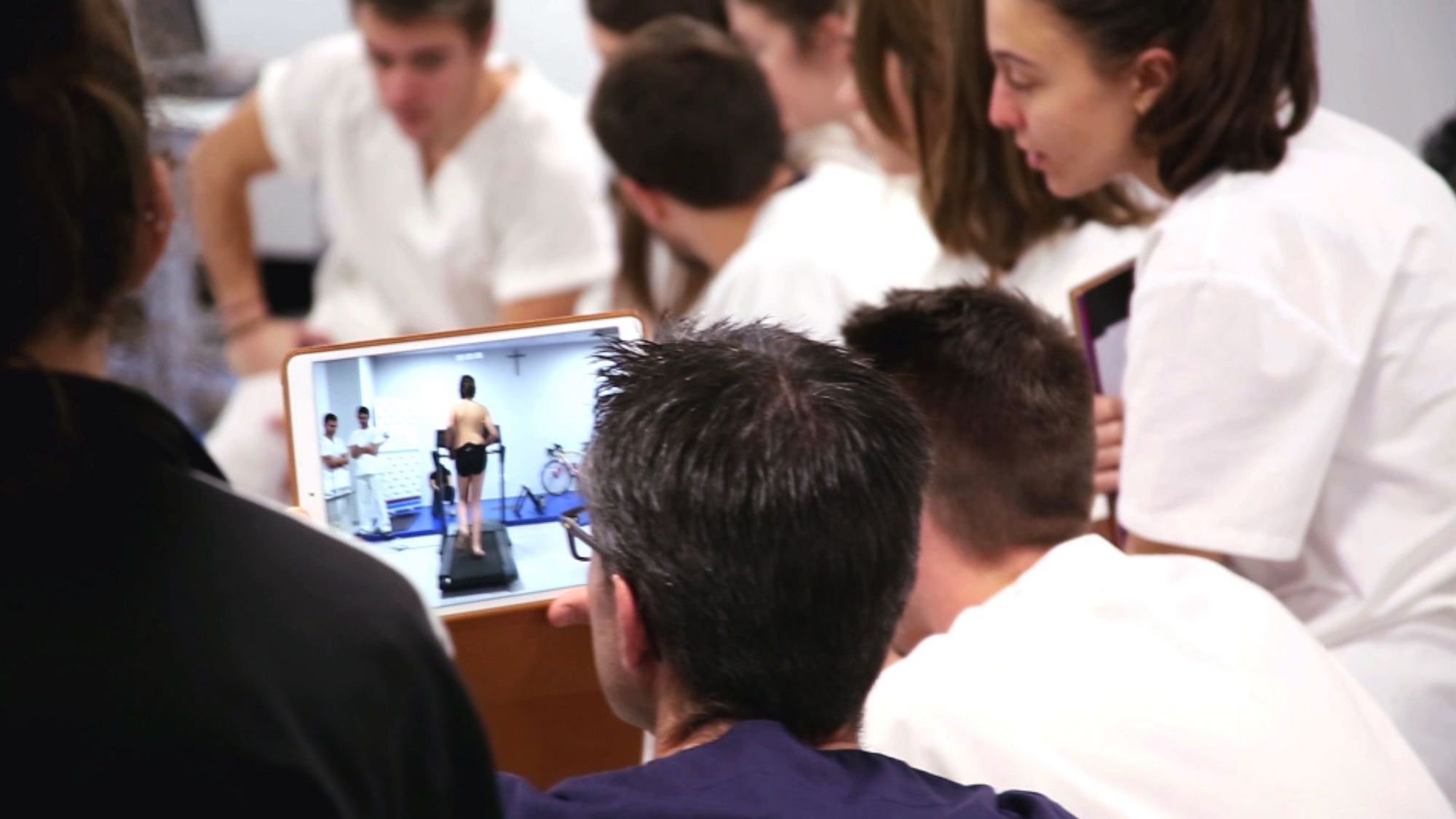 At CEU, Dr Javier Martínez Gramage is the head of the movement analysis research lab, LIAMCEU, which uses biomechanical analysis in the areas of sports physiotherapy and paediatric physiotherapy. The lab works closely with orthopaedic surgeons, rehabilitation specialists, physiotherapists and occupational therapists at institutions such as the orthopaedic surgery service at the Hospital Clínico Universitario and the musculoskeletal tumour unit at the Hospital La Fe (both in Valencia), the Hospital Infantil Universitario Niño Jesús in Madrid, the Italian biotechnology company BTS Bioengineering, the Universitat Politècnica de València’s Instituto de Automática e Informática Industrial (ai2) and World Triathlon (WT).