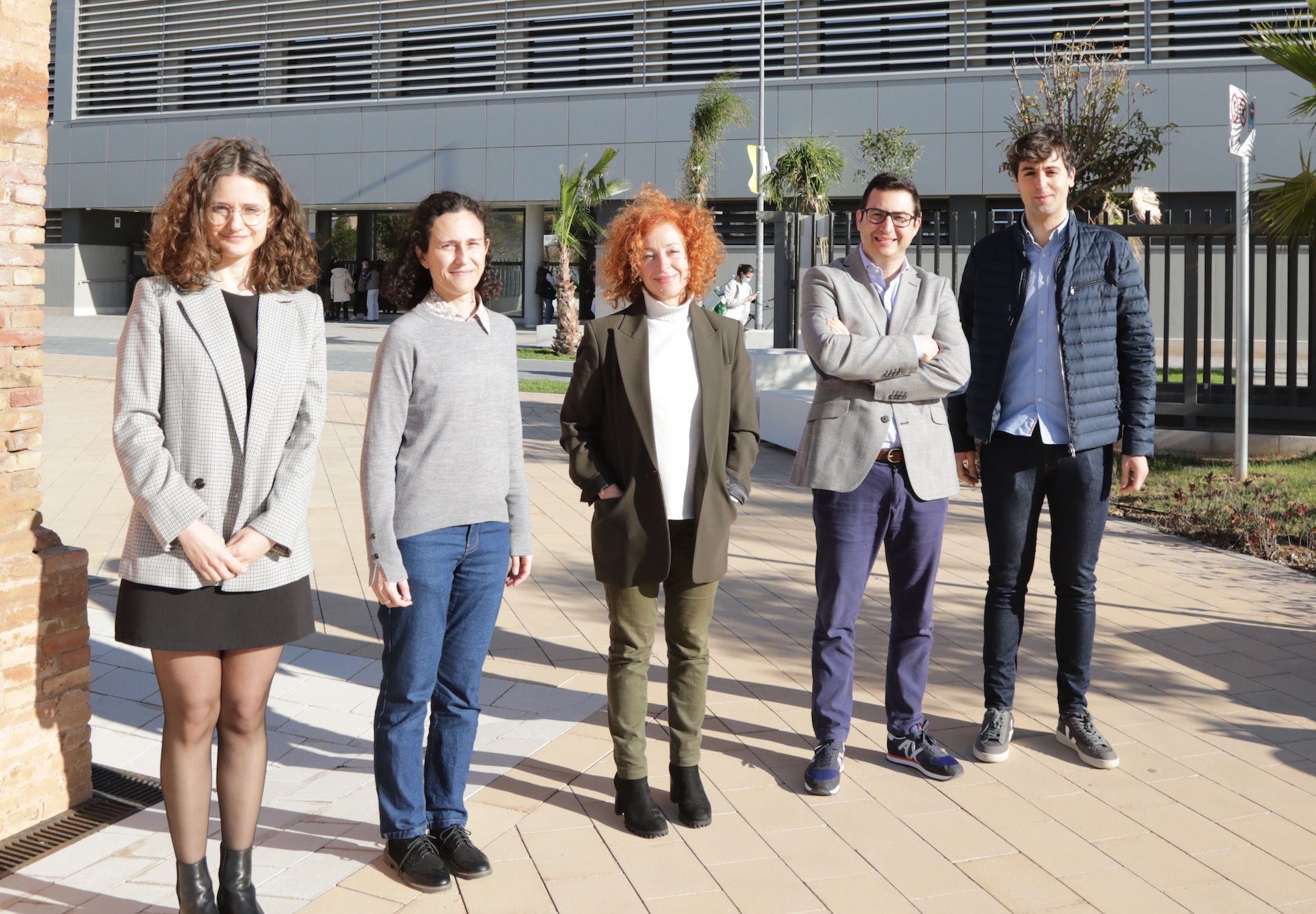 The study, carried out by the DeCo Chair of the CEU UCH together with the MICOF and researchers of the IIS-La Fe and the Institute of Biomedicine IBV-CSIC, was the cover of the latest issue of the Journal of Personalized Medicine

Researchers from the CEU Cardenal Herrera University (CEU UCH), the Institute of Biomedicine IBV-CSIC and the IIS-La Fe Health Research Institute, who belong to the DeCo MICOF-CEU Chair for the study of cognitive impairment, have developed a new scale of drugs with anticholinergic activity that affects cognitive impairment. This new scale updates and increases to 217 the drugs included in previous scales. Opioid analgesics, benzodiazepines or antidepressants, among other drugs, have been classified according to their high, medium or low anticholinergic action. In this way, practitioners can identify in a personalized way the anticholinergic load that a polymedicated patient accumulates in their treatments for different pathologies, replacing the drugs with a higher load with safer ones. The new scale would also make it possible to avoid prescribing these drugs to people with some type of already diagnosed dementia. This research is the cover of the latest issue of the scientific journal Journal of Personalized Medicine, published last February.

According to Lucrecia Moreno, professor of Pharmacology at the CEU UCH and director of the DeCo Chair, “the rise in life expectancy has increased the use of drugs to treat chronic diseases, whose effects on cognitive impairment are beginning to be evident, as is the case of drugs with anticholinergic effects. In Spain, 27% of the population is polymedicated, that is, they take five or more drugs every day, something that is more frequent at an older age. That is why it is important to determine, in a personalized way, the anticholinergic load accumulated in the medication that a patient takes, to detect the treatments that can be replaced by others without effects that aggravate cognitive impairment”.

IN THIS STUDY, THE MOST PRESCRIBED ANTICHOLINERGIC DRUGS WERE ALSO DETECTED BY PHARMACISTS IN A SAMPLE OF 500 PEOPLE OVER 50 YEARS OF AGE WITH SIGNS OF COGNITIVE IMPAIRMENT

Towards a personalized medicine

The new scale developed by the DeCo Department, called CRIDECO Anticholinergic Load Scale (CALS), includes 217 anticholinergic drugs, 129 more than those included in the larger scale out the seven ones analyzed by the research team. In this updated group of anticholinergic drugs, there are benzodiazepines, antidepressants, muscle relaxants or antispasmodic drugs, such as those used in bronchial treatments or in urological disorders, as well as opioids such as tramadol, widely used to treat chronic pain, in this case with a average anticholinergic load on the CALS scale. “Updating and expanding this scale will allow medical staff to be more aware of the wide variety of drugs with anticholinergic effects and customize the prescription of medicines, avoiding an excessive burden on a patient’s medication, by reducing or replacing these drugs, especially among polymedicated patients or those who have already been diagnosed with cognitive impairment or some type of dementia,” says the DeCo Chair Director Lucrecia Moreno.

Elderly people, who may accumulate more treatments with these drugs, are more susceptible to their effects on the central nervous system, which have been linked to increased cognitive impairment, to the point of considering them as a risk factor for dementia. Therefore, in addition to the creation of the CALS scale, the researchers of the DeCo Chair have evaluated for 18 months, from 19 community pharmacies in the province of Valencia, a total of 512 patients over 50 years of age with signs of subjective memory complaint, detected through three questionnaires and an in-depth interview with pharmaceutical staff. This study has revealed that the most prescribed anticholinergics among these patients are lorazepam, diazepam, and tramadol.

The CRIDECO Anticholinergic Load Scale (CALS) has been designed by the researchers of the Pharmacy Department of the CEU UCH Lucrecia Moreno and Hernán Ramos; the main researcher of the Artificial Intelligence Systems Group of the CEU UCH, Juan Pardo; Jordi Pérez Tur, of the Institute of Biomedicine of Valencia-CSIC; Consuelo Cháfer and Gemma García Lluch, of the Alzheimer’s Research Group of the IIS-La Fe Health Research Institute. All of them are members of the DeCo Chair of Research on Cogitive Impairment created by the Valencia Pharmacists Association (MICOF) and the CEU Cardenal Herrera University (CEU UCH), under the direction of Professor Lucrecia Moreno. The DeCo Chair focuses its research activity on the early detection of mild cognitive impairment among the population from community pharmacies and on the identification and dissemination of its risk factors.