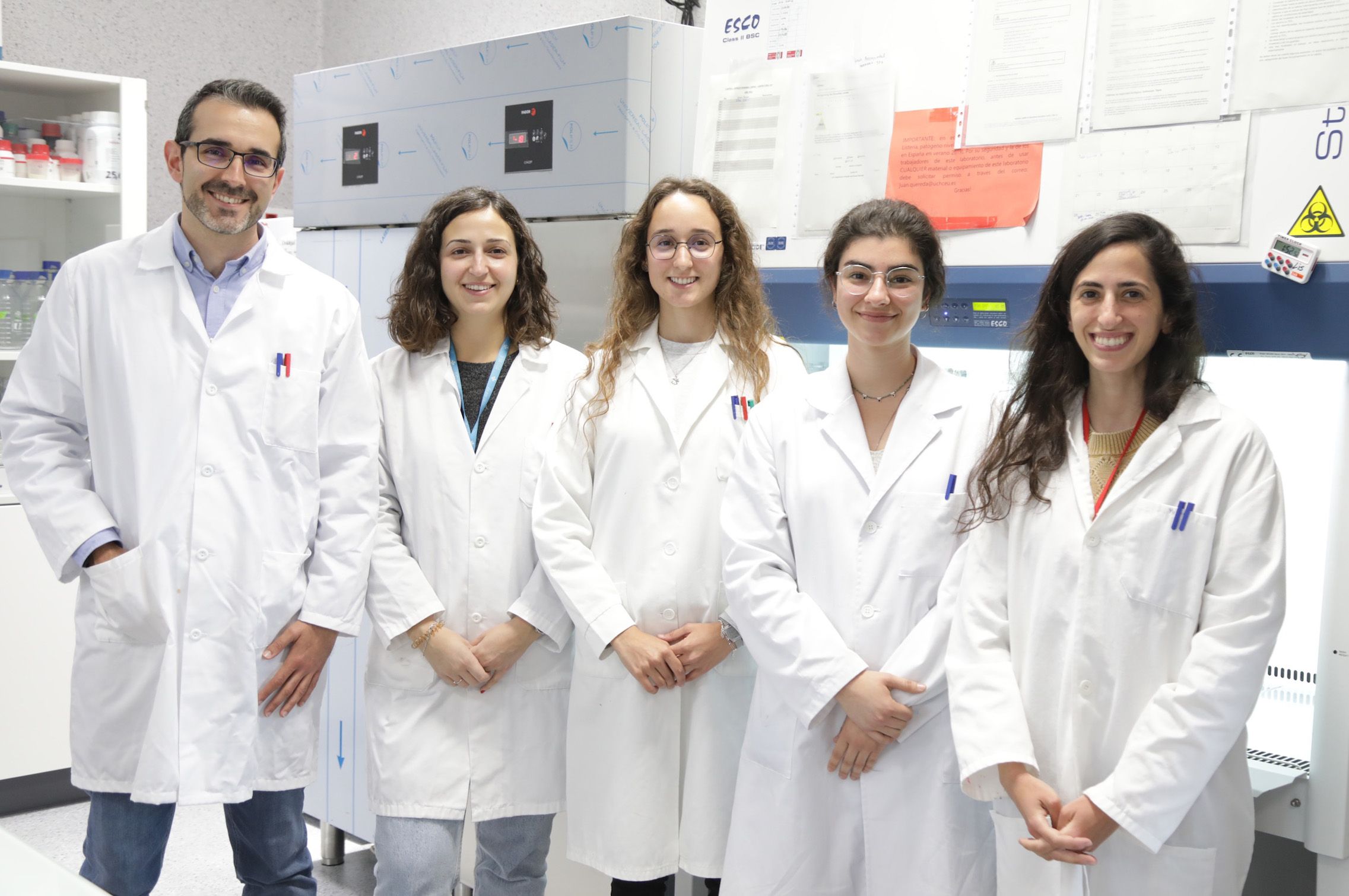 CEU UCH professor Juan José Quereda participated in the discovery of a transmission mechanism which promotes the proliferation of bacteria in the intestine and other organs, together with researchers from the Pasteur Institute and the University of Iowa

Listeriosis is a zoonotic disease of food origin that can cause, both in the human species and in animals, symptoms of gastroenteritis, meningitis, bacteremia and miscarriages. The pathogen that causes this infection is the Listeria bacteria. Juan José Quereda, researcher with a Ramón y Cajal contract and professor at the CEU Cardenal Herrera University (CEU UCH), where he leads the research group on Intracellular Pathogens, has been conducting research in this field since 2011. Professor Quereda has just published new advances, in collaboration with researchers from the Pasteur Institute in Paris, the University of Iowa and the CNB-CSIC in Madrid, on the mechanisms of transmission of this pathogen, its genetic characteristics, antibiotic resistance and its seasonal presence in dairy farms, which can contribute to designing more effective measures to curb its proliferation and develop new treatments against infection.

Together with researchers from the Pasteur Institute in Paris and the University of Iowa, Professor Quereda has participated in the study of Listeriolysin S, a bacteriocin synthesized by this bacterium to facilitate intestinal colonization, altering the microbiota, and also promoting its expansion to other organs. In this study, led by Dr. Javier Pizarro Cerdá and published in the journal Proceedings of the National Academy of Sciences (PNAS), they have found the mechanism of permeabilization of the bacterial membrane mediated by Listeriolysin S that facilitates its dissemination in the organism.

Another of the recent findings led by Professor Quereda, lead researcher of the Group “Intracellular Pathogens: Biology and Infection”, has focused on the seasonal nature of the occurrence of Listeria in dairy farms, in a study carried out together with researchers from the Department of Animal Production and Health of the CEU UCH, including the ProVaginBIO Group, led by Professor Ángel Gómez Martín. The analysis of the epidemiology and genetic diversity of Listeria in 19 farms has made it possible to detect that the presence of the bacteria varies at different times of the year: it increases in cows in winter and in sheep in winter and spring. The study has shown that farms can be a reservoir of hypervirulent variants of Listeria, which makes it advisable to reinforce hygiene measures, especially in periods of greater risk of prevalence. It is also advisable to avoid the consumption of untreated raw milk to eliminate the risk of pathogens such as Listeria, which dies at temperatures above 65 °C.

This study involved the professors and researchers from the Department of Animal Production and Health, Veterinary Public Health and Food Science and Technology of the Faculty of Veterinary Medicine of the CEU UCH Carla Palacios, Jesús Gomis, Ángel Gómez, María Mocé, Estrella Jiménez, Ángel García and Juan José Quereda; and Professor Empar García from the Department of Medicine and Animal Surgery, as well as researchers from the Pasteur Institute of Paris, led by Dr. Marc Lecuit.

Reviewer at Virulence and editor of Frontiers

Given his research experience in the study of Listeria, Professor Quereda has participated in a group of experts led by the CNB-CSIC National Centre of Biotechnology, and particularly by the doctors Graciela Pucciarelli and Álvaro Ortega, who have published in the journal Virulence, a review of the most recent findings on this bacterium. The publication is currently a reference source for researchers working with this micro-organism at international level.

In addition, Professor Quereda has just been elected as the Associate Editor of the journal Frontiers in Microbiology, a leading scientific publication in the field of microbiology, to evaluate the research submitted for publication in this journal, for the section ‘Infectious Agents and Disease’.

Professor Quereda has just been elected as the Associate Editor of the journal Frontiers in Microbiology, for the section ‘Infectious Agents and Disease’.

Doctor Juan José Quereda Torres has worked in the area of Animal Genetics and Health of the University of Murcia (2006-2011), in the CNB-CSIC Laboratory of Intracellular Pathogenic Bacteria of the National Centre of Biotechnology of Madrid (2011-2014), and in the Bacteria-Cell Interactions Unit of the Pasteur Institute of Paris (2014-2017). After joining the Faculty of Veterinary Medicine of the CEU UCH, Juan José Quereda was selected as the beneficiary of a contract by the Ramón y Cajal programme of the Spanish Ministry of Science, Innovation and Universities, which he is currently fulfilling at this University.