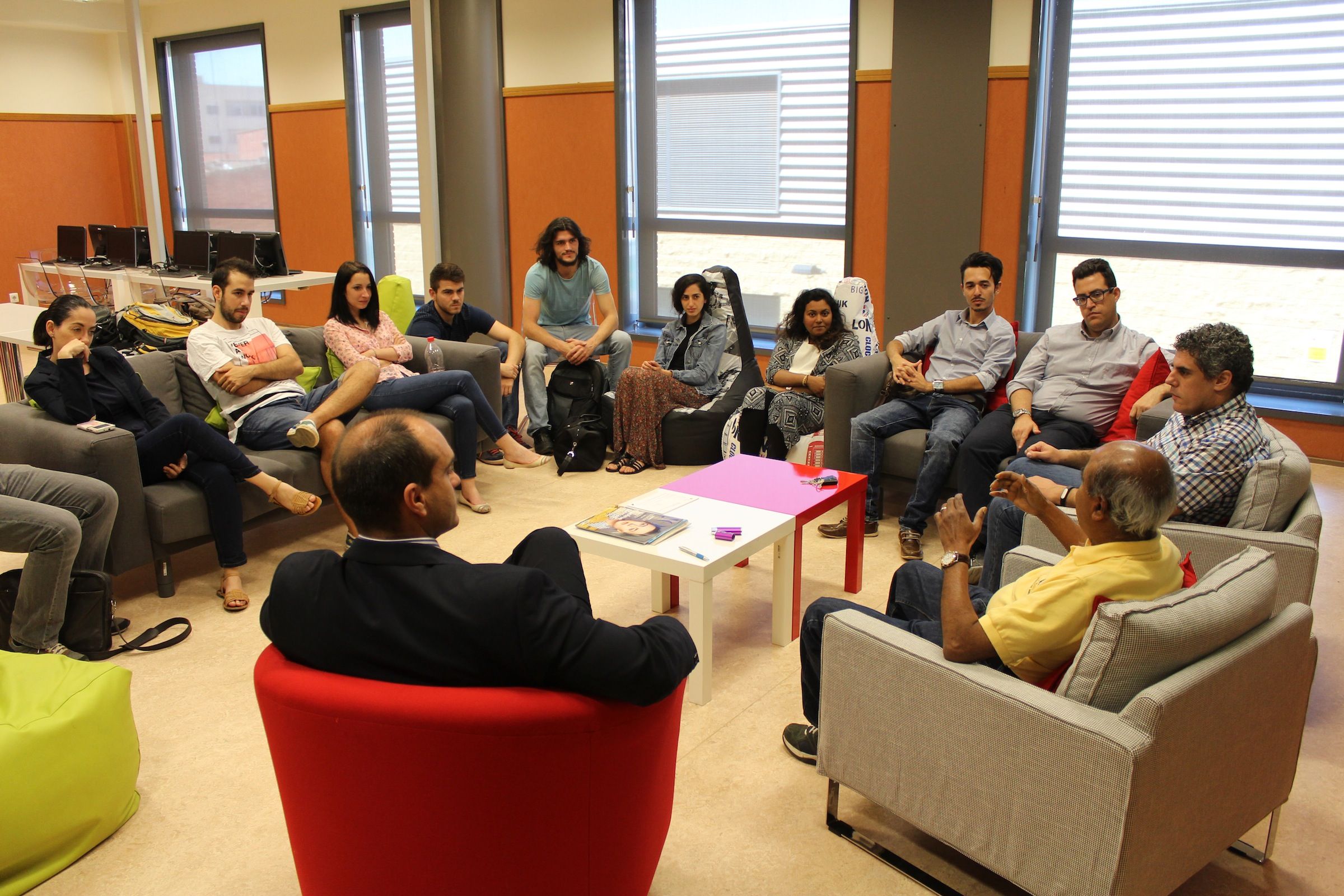 Doctorate students in Veterinary of the CEINDO School at University CEU Cardenal Herrera have discussed about research with doctor Shivaprasad, from UC Davis School of Veterinary Medicine

Doctor Shivaprasad is currently the most renowned avian pathologist on an international level. His manuals are referenced in the scope of poultry in universities all over the world and the Veterinary doctorate students at the CEINDO International Doctorate School at University CEU Cardenal Herrera have had the chance to meet with him. Doctor Shivaprasad, professor in the most prestigious School of Veterinary Medicine in the world, UC Davis, has shared anecdotes of his research journey, related with some of his great discoveries as avian pathologist, and he has also given some advice for those who are starting with research.

During his talk at CEU-UCH, doctor Shivaprasad mentioned that veterinary research usually comes from the need to discover the origin of a specific disease, on how to prevent and treat it, given that the study of just one clinical case can lead to a whole new line of research. This happened to him in some of his most relevant discoveries, such as the Proventricular Dilatation Disease (PDD) caused by a bornavirus. Also, Shivaprasad stated that the study of clinical cases that vets do in their daily professional activity has facilitated some discoveries that have also been very important for human medicine. For example, the first vaccine that was developed against cancer was for the Marek Disease, a type of lymphoma that affects birds.

To be a good researcher in the veterinary field, doctor Shivaprasad, who carries out his research activity in the “California Animal Health and Food Safety Laboratory System” at UC Davis, says that it is necessary to have curiosity and to be capable of formulating good questions, as well as being consistent and not giving up. In his opinion, research is exciting because the results are always surprising: “You know how research will start, but you never know how it will finish”.

Concerning the young post-doctorate researchers who arrive at UC Davis, doctor Shivaprasad notes that the priorities have changed: now they do not look for young people who have published before, but for those who can get funding for their research in the form of grants for the university where they are working. “Research requires money, techniques are expensive and there are fewer and fewer economic resources and more competition”. With regards to his relationship with these young researchers who go to his laboratory, he says “They come to learn from me, they see me as a reference in avian pathology, but in reality it’s me who learns from what they tell me”.

This is the second session of the series of researchers of international prestige at University CEU Cardenal Herrera, which is organised by the CEU Institute of Biomedical Sciences, directed by lecturer Juan Manuel Corpa, within the educational activities of doctorate students of the CEINDO School at CEU-UCH. Last May, lecturer of Microbiology from the Institute of Infection Immunity and Inflammation of the University of Glasgow and head of Veterinary studies at CEU in Valencia, professor José Rafael Penadés, visited the university and met its Veterinary doctorate students.

A vet and a researcher in California – and now Ireland