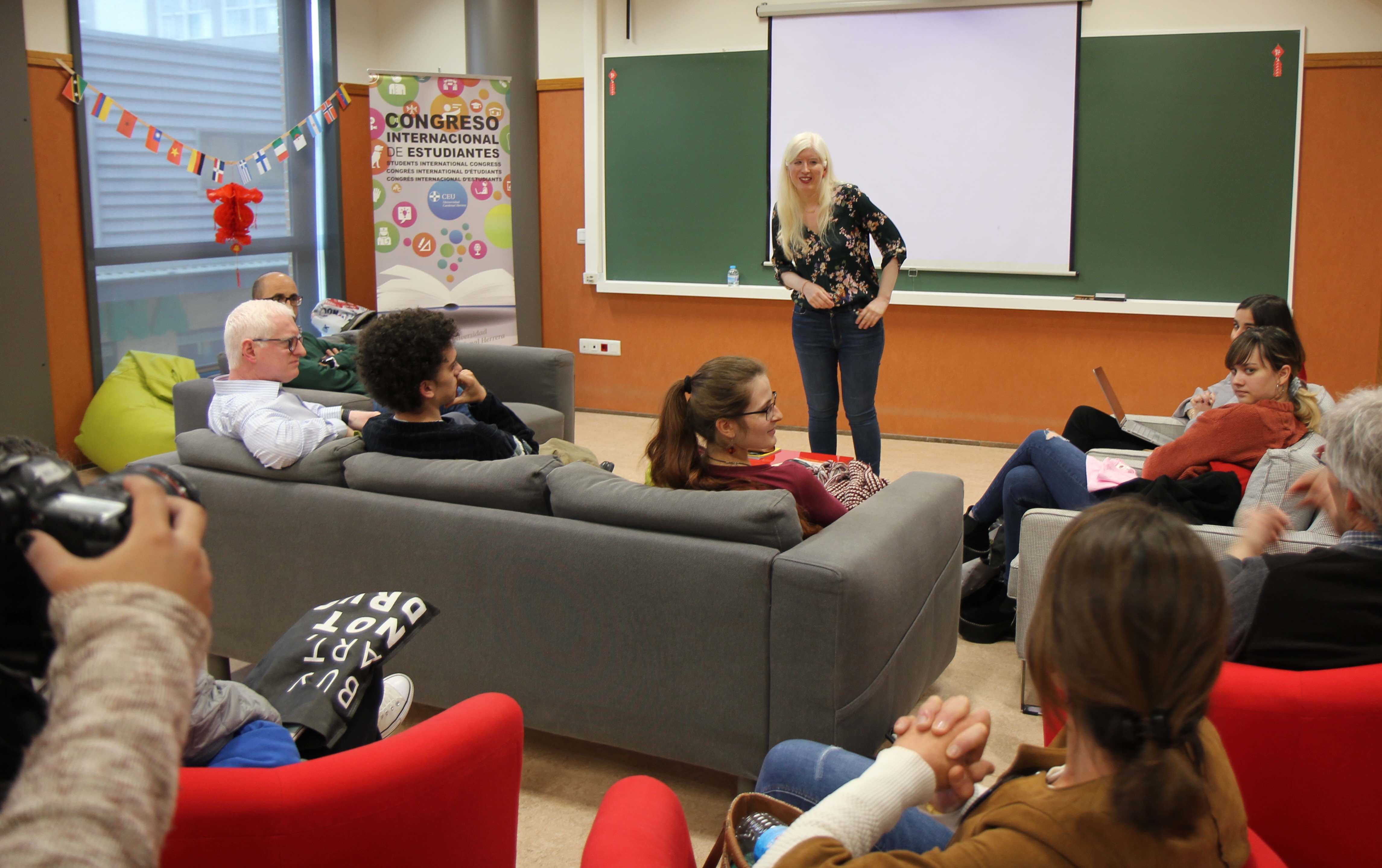 “Framing life in the right way is just a question of attitude,” says Patty Bonet at the end of her short film ¿Lo ves? (“Do you see?”), which invites the viewer to experience the day-to-day life of someone with albinism in the first person. Bonet, a CEU-trained journalist, actress and film producer, screened her short film at the CEU Cardenal Herrera University, during a talk on communication and social inclusion.

She told those present about how cinema “has changed society’s perception of people with albinism”, moving from films like The Princess Brideand The Village of the Damnedto Frozenor the Queen of Dragons in Game of Thrones, “enabling white hair to be seen as compatible with strong women, as something positive.”

Bonet emphasized the “power” of art to normalize disability, drawing attention to examples such as the award-winning film Campeones (Champions) and the play Cáscaras vacías (“Empty Shells”) in which she acts and which has now been touring for two years.

“PEOPLE WANT TO SEE TRUTH IN FILM AND THEATRE.”

“We have to normalize the presence of people with disabilities in films, TV series, and plays. Great steps have been taken in this respect, but we have to keep on moving forward so that normalization becomes a reality,” she says. 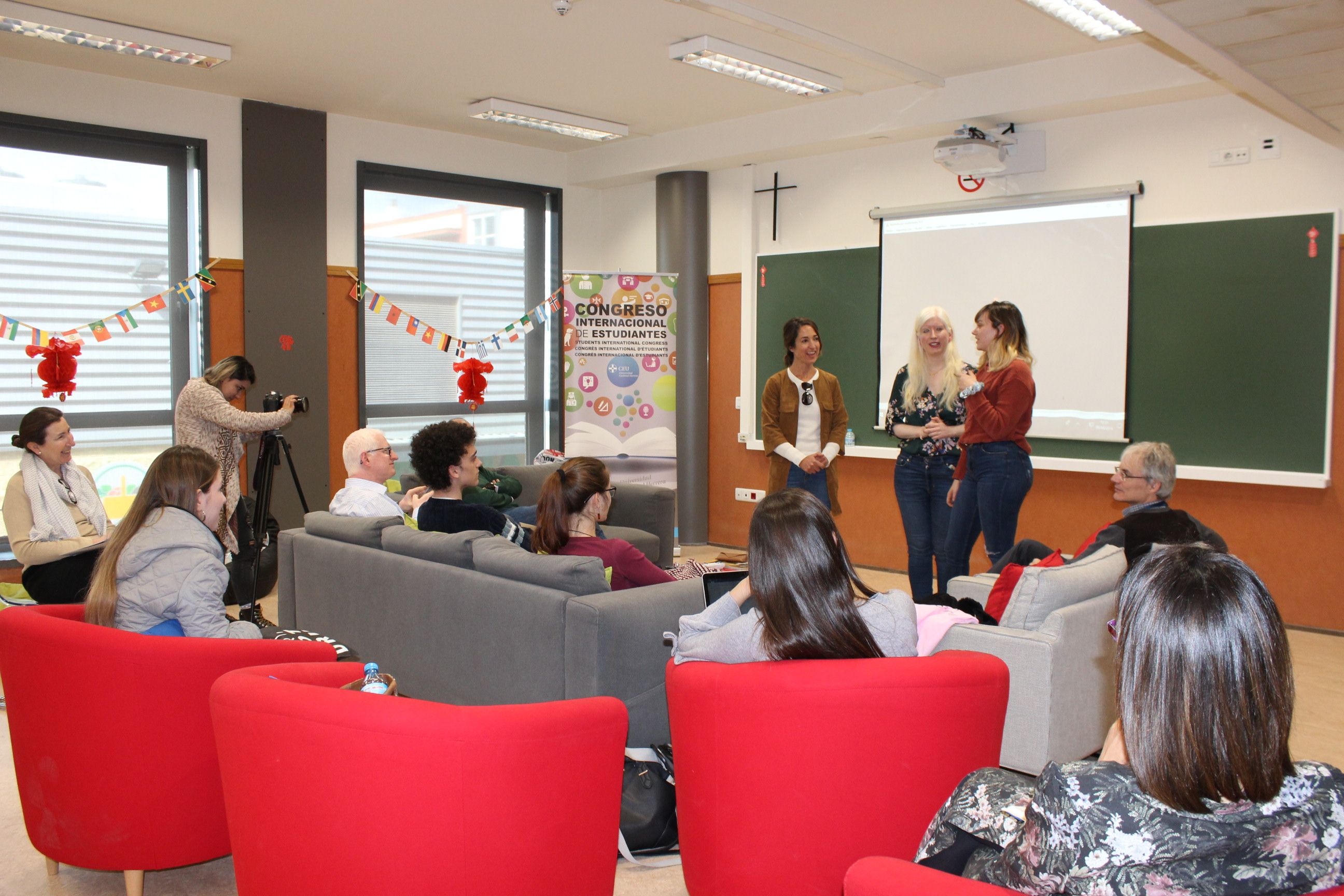 As a trained journalist herself, Patty Bonet advised Communication undergraduates attending the session “to avoid sensationalism and hyperbole. Positivity and normalization are key in dealing with issues concerning disability.”

“WE ALL HAVE SOME KIND OF DISABILITY, SOME FEAR THAT DISABLES YOU. IF YOU PAY ATTENTION AND LISTEN, YOU CAN LEARN THINGS FROM EVERYONE.” 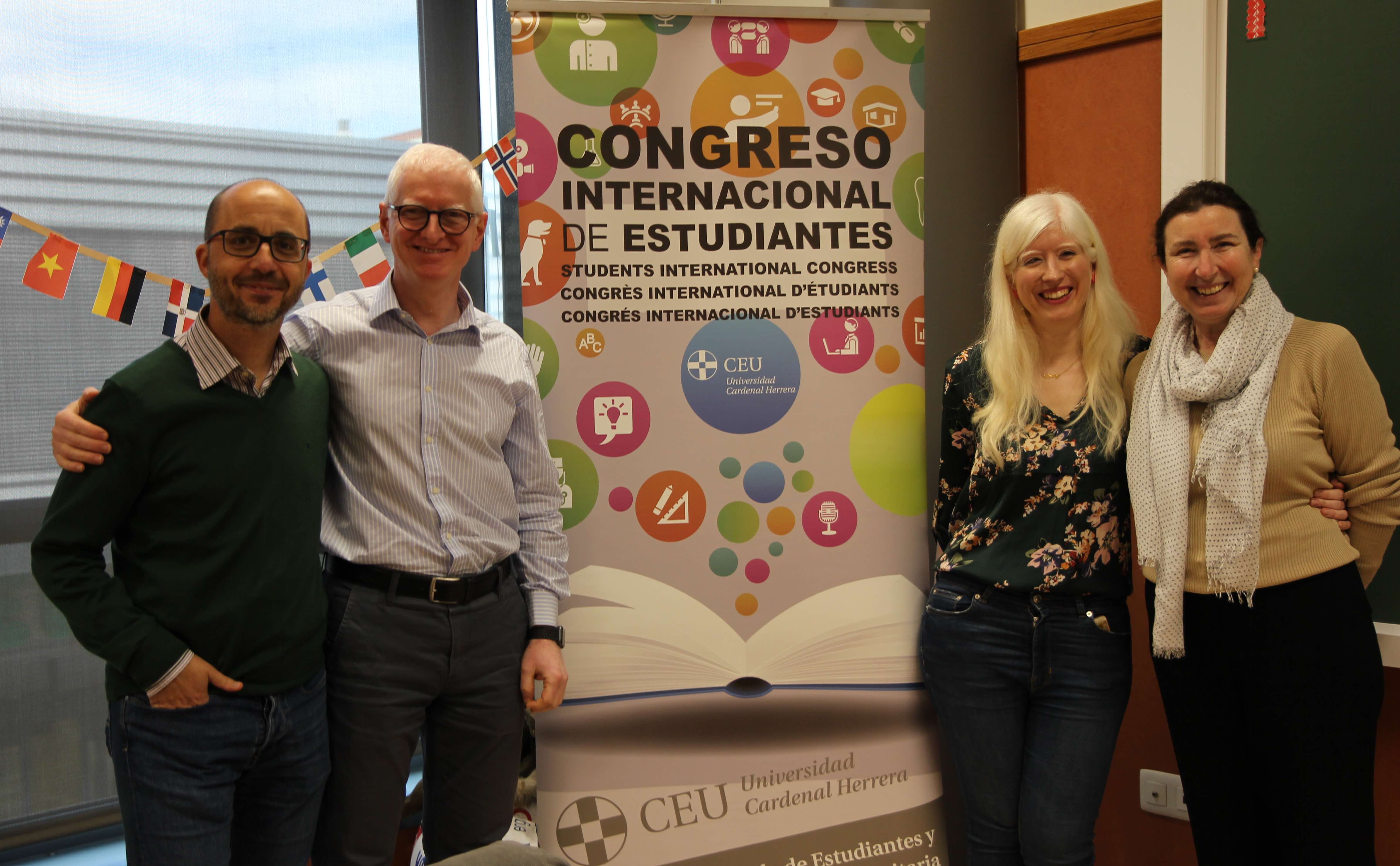 Patty Bonet’s talk entitled “¿Lo ves? Comunicar la diferencia para la inclusión social” was the first of the pre-conference sessions before the beginning of the CEU UCH’s International Student Congress (CIE, Congreso Internacional de Estudiantes), now in its 16thyear, and whose theme for this year is Science with a Conscience: towards a Society without Barriers (“Ciencia con Conciencia: hacia una sociedad sin barreras”).

On Wednesday 10th, the film director and producer Miguel Ángel Font will about his film innovative and accessible film Xmile in a talk entitled “Xmile, el cine a través de los cinco sentidos”.

These pre-conference sessions, which concern the need to make diversity the focus of future lines of research and development, will end on Wednesday afternoon with the roundtable entitled “Deporte inclusivo. Deporte para todos” (“Inclusive sport. Sport for all”), where CEU UCH students will be able to hear about the experience of Aderes, the sports club in Burjassot which inspired the film Campeones, and the sports team A Contracorrent Esport Adaptat.

The International Student Congress (CIE) is a university event whose main aim is to introduce students to the world of research, putting the focus on using science to search for solutions which improve the lives of other people and the environment.

At this year’s CIE, which will take place on Thursday and Friday, students will again have the opportunity to take part in different events alongside researchersvia the Café con Cienciaprogramme. This initiative enables students to become acquainted with themes as diverse as “The power of the imagination and virtual reality”, “The collaborative economy”, “Evidence-based skincare” and “The dangers of social networks”, amongst others.