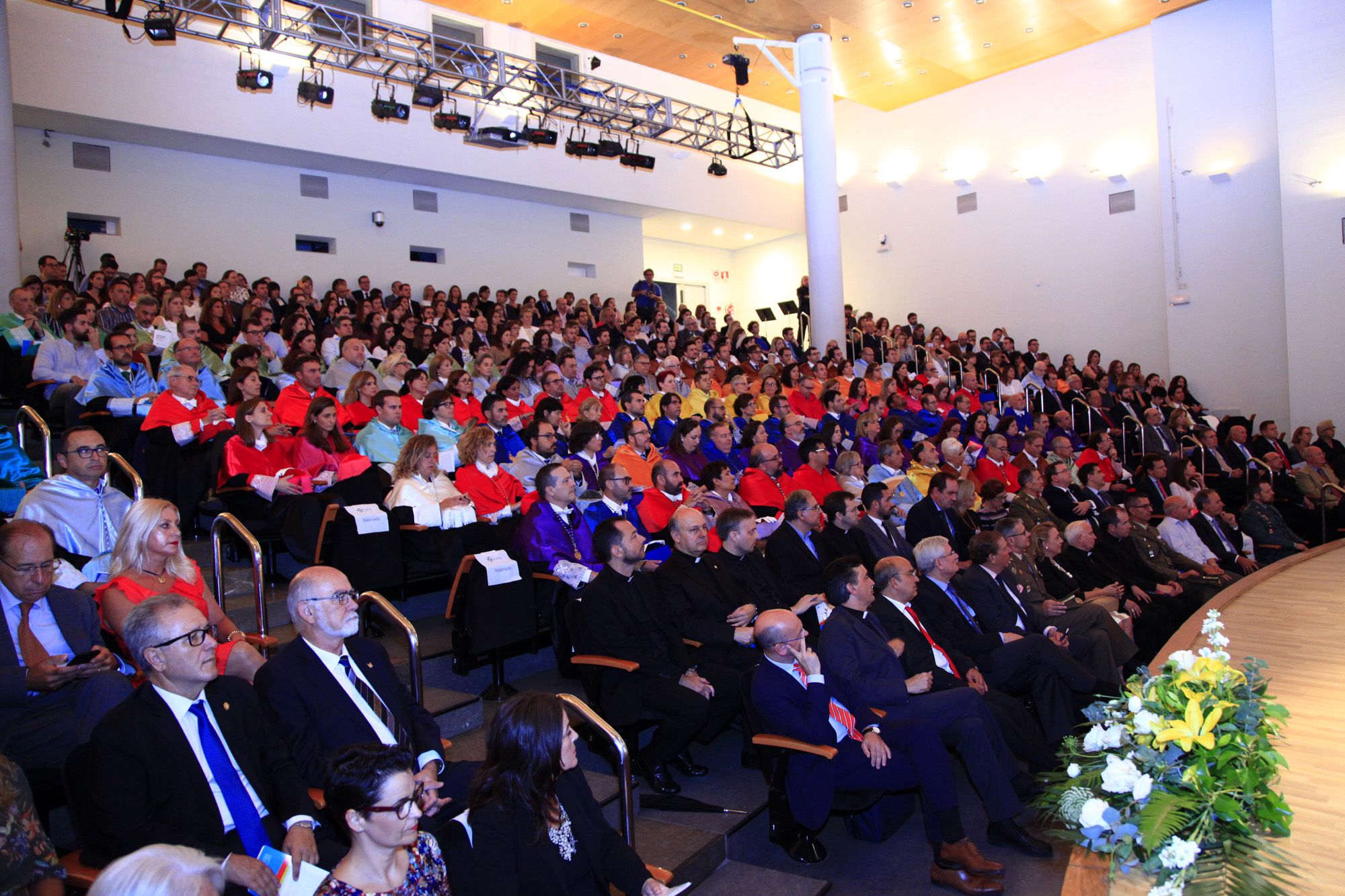 “Today we can say that we are an International University in which 1 out of every 3 students come from another country. This represents 30% of our students’ community, higher than the average 4,6% proportion of Spanish Universities”, stated Rosa Visiedo, the Rector of University CEU Cardenal Herrera during the opening ceremony of the academic year 2018-2019, held on 26th of September at Palau de la Música in Valencia. 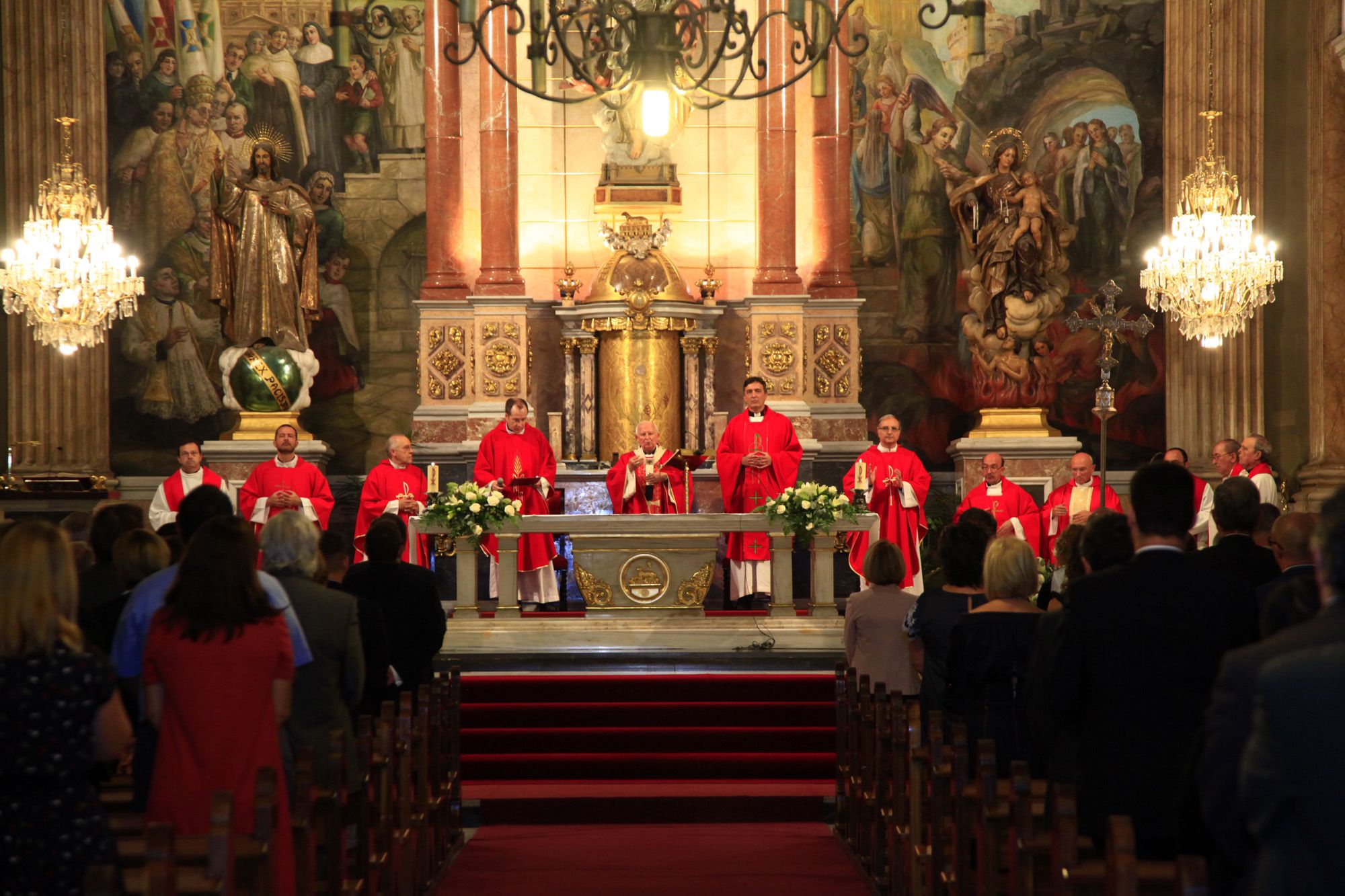 The event began at the homily of Antonio Cañizares, the Cardinal Archbishop of Valencia. He emphasized the important role of the university since it is a place where young people find the real values such as truth and honesty,something crucial nowadays.

Later on, the opening ceremony of the academic year 2018-2019 continued at Palau de la Música. Alfonso Bullón de Mendoza, the President of the CEU San Pablo University Foundation and the Great Chancellor of the University presided over the opening of the course. Together with him, Rosa Visiedo, Rector of University CEU Cardenal Herrera, José Manuel Amiguet, Secretary General and Vice Rector of Communication of CEU, Juan Manuel Corpa, the Professor of Pathological Anatomy of CEU Valencia and the academic and political authorities.

“We have developed an innovative culture. In the last years we have carried out several projects in educational innovation, almost in every academic field. We will continue shaping a future worthy of being lived”, said Rosa Visiedo. The Rector mentioned some important statistics that proclaim the growth and rapid development of the university. According to the latest data, 1 out of 3 students of CEU Valencia come from another country. In addition, the number of students has increased by 16% over the last four years. Consequently, there are almost 11.000 students in total studying at our university. 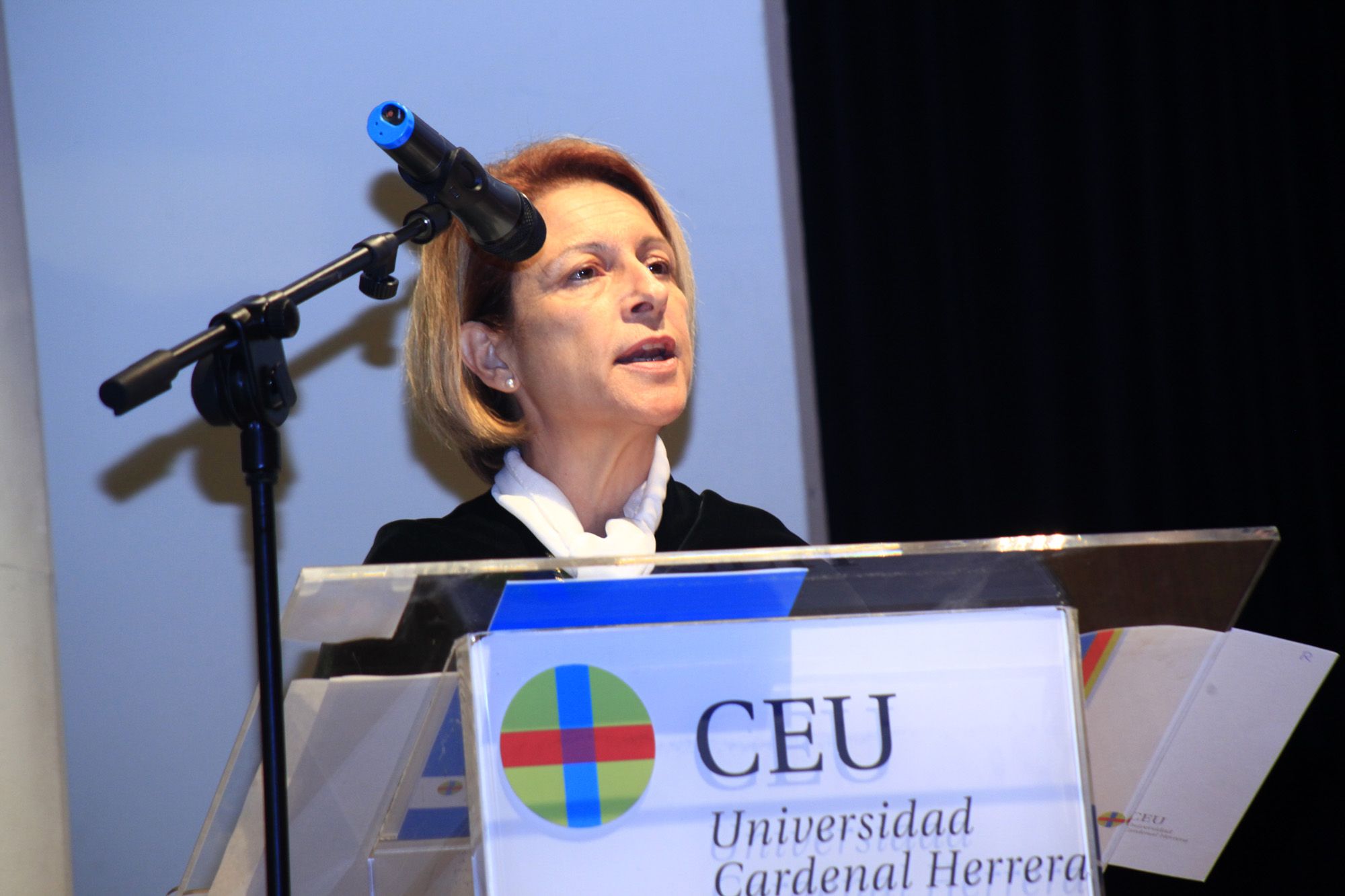 “We keep working for a more innovative, international and digitized University. A good place to study, learn and do research, capable of educating worthy people from an academic, professional and human point of view,” stated the Rector.

She added, “We will reinforce our University’s international strategy, giving support to initiatives aimed at making our region an appealing place to study. A place with top quality Universities where all educational options, both public and private, are respected.”

José Manuel Amiguet, the Secretary General of the University started the session with the Report of the Academic Year 2017-2018. He overviewed the last academic year of CEU Valencia and named some important achievements in the field of Veterinary, Health Sciences, Architecture and others. In addition, he emphasized the importance of the availability and accessibility of the education. Prof. Amiguet mentioned the CEU Merit

Program Scholarships that assure free studies for 29% of our students.

The Master Lecture was given by Juan Manuel Corpa, Professor of Pathological Anatomy at CEU Valencia. He analysed a ‘global conflict on a microscopic scale’ and an inflammatory response to pathogens.

“Pathologists are like war correspondents: deep into the tissues we observe and identify where the origin of the conflict is so we can reach a final diagnosis. We help doctors and veterinarians decide on the treatment”, he explained. “An inflammatory reaction originated by an infection can be considered a conflict on a microscopic scale. A refining process which has been going on for millions of years in humans and animals.”

Professor Corpa invited all of us to be aware and use the antibiotics safely. He said, “Antibiotics are our very own chemical warfare against infections. An unjustified use in human and veterinary medicine has generated a resistance which neutralises their effect”.

The academic community showed their gratitude by awarding some of the university members for their achievements in the field of Physiotherapy, Veterinary, Health Sciences, Education, Marketing and others. Rector Rosa Visiedo and the University authorities congratulated those who make an important contribution towards the university’s development. As the Rector underlined, “The impossible is only a temporary thing”.

The closing speech was given by Alfonso Bullón de Mendoza, President of the CEU San Pablo University Foundation and Great Chancellor of the University. He encouraged everybody to continue being innovative and creative which the essence of the university is.