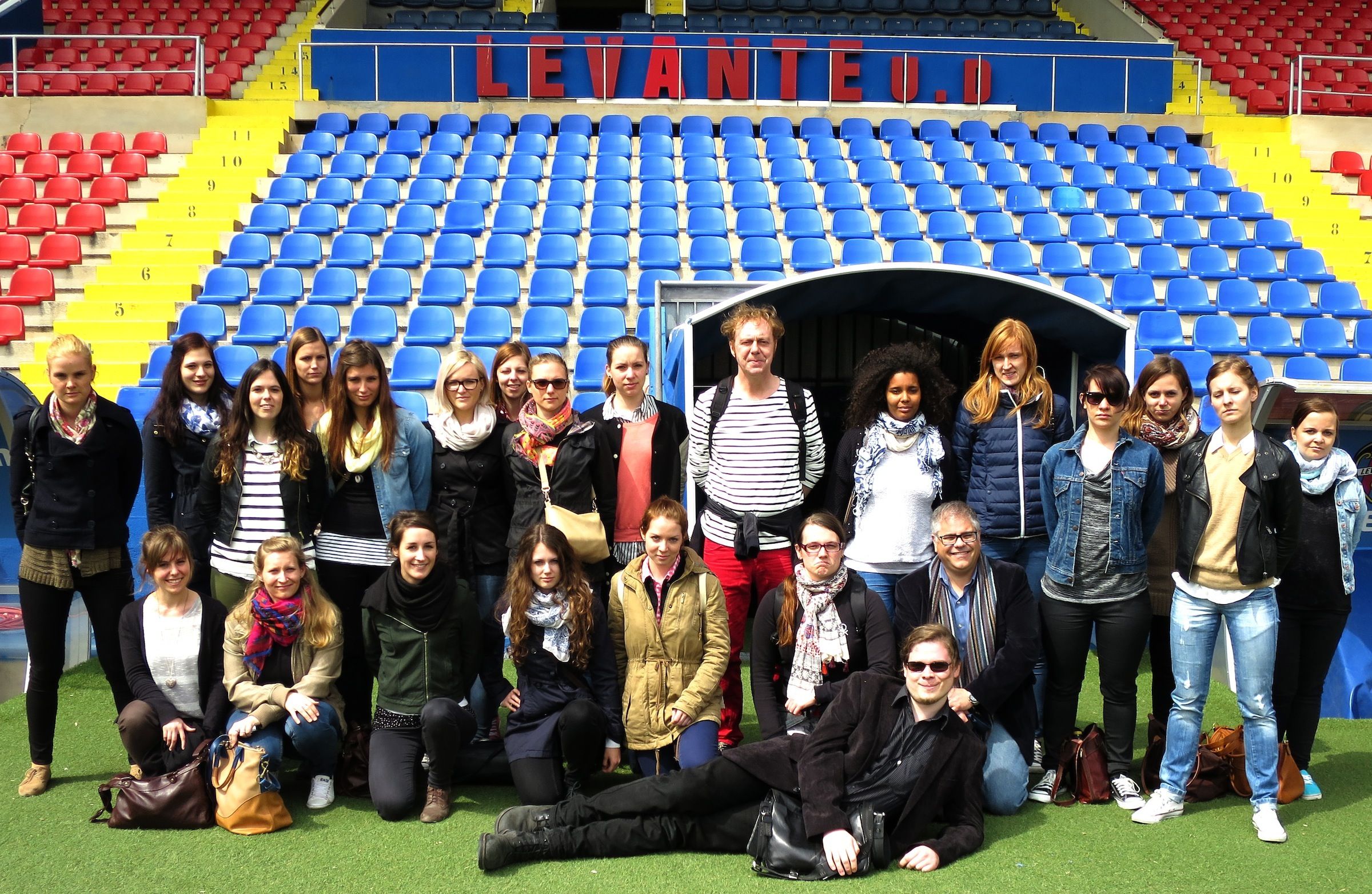 From March 31st to April 4th, a group of students form the Saint Pölten University of Applied Sciences visit the CEU Cardenal Herrera University.  More than twenty Austrian students, accompanied by their professors and the vice-dean of Media Management studies, Roland Steiner, are doing a formative stay in Valencia to know better their business network in communication and marketing fields.

During the “International Media and Communication Markets” activity, which is part of the fourth semester of their postgraduate degree, the “Media and Communications Consulting” master, students has attended some conferences given at the CEU Cardenal Herrera University by José Martínez Sáez, vice-dean of Publicity and Public Relations Degree, and Sophie von Schönburg, Partner & Creative Director of Culdesac design agency.

During the week, the group has visited some communication media, such as Marca o Levante-EMV, and also institutions and entities in charge of organizing events such as the Valencian bullring (Plaza de Toros) or the Levante UD football team.

The activity is organized by professor Ángel Castaños, International Relations coordinator of the CEU-UCH Faculty of Arts and Communications.