The economist and CEU UCH lecturer gave his response to the Pope’s recent encyclical letter, “Fratelli Tutti”, at the last session of the Dies Academicus 2020-21 lecture cycle.

“The Fratelli Tutti asks us to be the spark, the key ingredient in the fraternity that society needs.”

That is the verdict of Enrique Lluch Frechina, which he gave during his talk at the Dies Académicus lecture at the CEU Cardenal Herrera University.

The economist and CEU UCH lecturer gave his personal interpretation of the Pope’s latest encyclical letter, in which there are three major proposals regarding social fraternity: to show a fraternal openness to others in our lives, to change our view of what the economy is for, and to promote dialogue.

In his talk, Dr Lluch remarked how the Pope invites us to explore spirituality “as that is how we can open ourselves up to others, listen to them, and discover how difference can enrich us all.”

The Pope’s second path towards social fraternity comes via a change in the way we view what the economy is for. “To pursue the common good, we must forget about having more and, instead, focus on having enough, on reaching an economic status which allows us to live with dignity,” said Dr Lluch.

And thirdly, Enrique Lluch highlighted the call for dialogue that the Pope makes in his encyclical.

“We must find common ground, build bridges to cultivate sincere dialogue, and ensure that the conditions are in place so that this dialogue can happen across society.”

In this sense, he believes that “Building true fraternity is the task we have been set in a world which is often broken and divided, one with an economy in which self-interest is all-consuming and a politics which ignores the common good in a struggle for power.”

The lecture cycle, organized by the CEU UCH Pastoral Service, is an invitation to explore a range of contemporary themes, bringing together an examination of faith, reason and life.

It is not the first time that the Dies Academicus lectures have touched upon the need for social fraternity during this academic year. It was also a key theme for the roundtable session which discussed “A Document on Human Fraternity for World Peace and Living Together”. That session saw contributions from Father Vicente Botella Cubells, a Dominican friar and Dean of the San Vicente Ferrer Faculty of Theology in Valencia, and Abdelaziz Hammaoui, an imam and Muslim theologian.

The Dies Academicus lecture cycle began this year with “The urgency of palliative care in today’s society”, a roundtable discussion whose participants included Dr Emilio García, lead researcher of the CEU UCH Bioethics Group, and Laura García, Head of the Department of Nursing and Physiotherapy at the University. 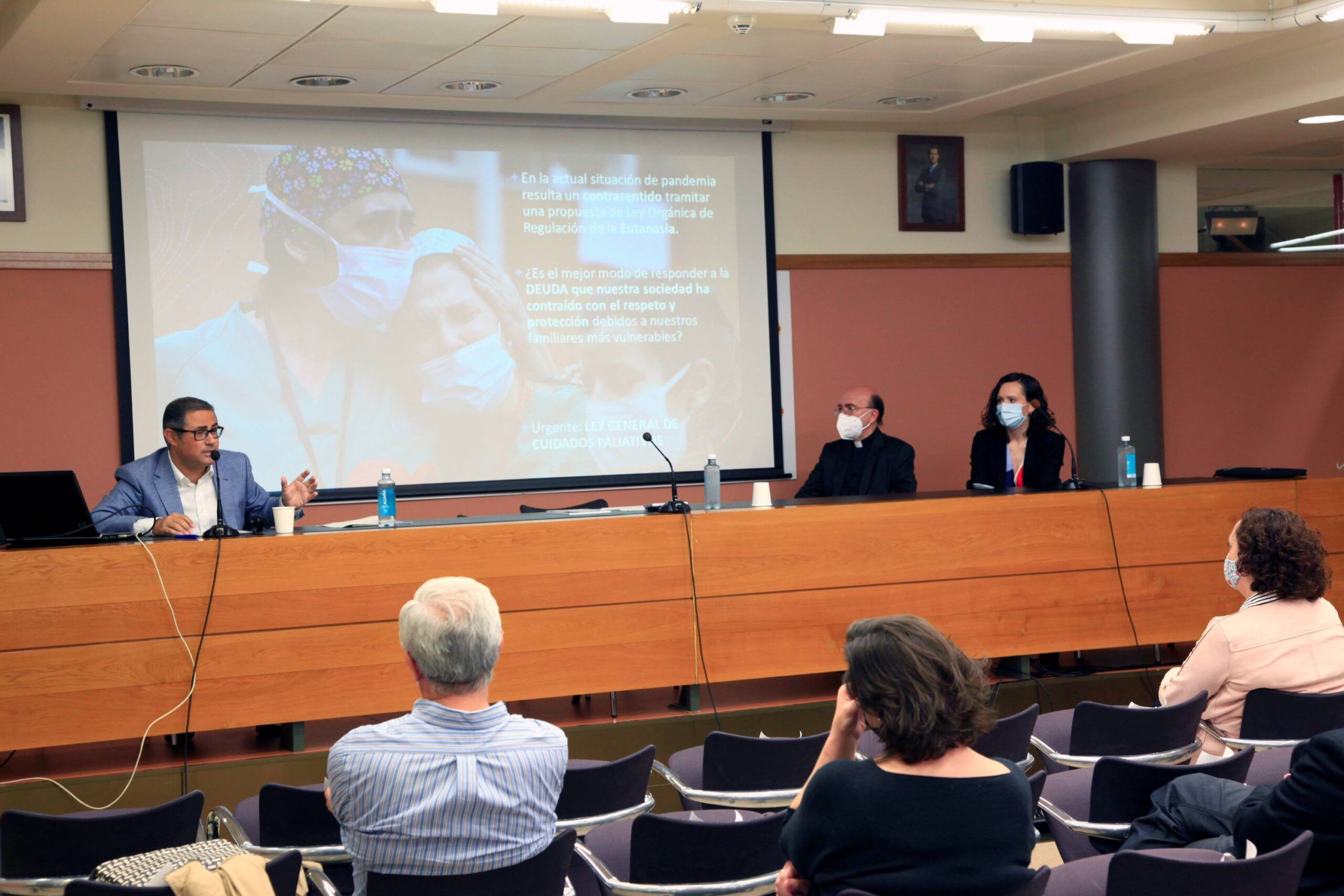 Hope at the end of life was also a theme which the Archbishop of Burgos, Mario Iceta, spoke about on his visit to the University. At the second Dies Academicus session, the Archbishop presented the main aims of the  “Sowers of hope” document published by the Bishops’ Conference of Spain, the Conferencia Episcopal Española.

Another participant in the lecture cycle was Monsignor Javier Salinas, the Auxiliary Bishop of Valencia. He gave a lecture entitled “San Junípero Serra: una mirada a su historia”, which looked back on the life of the missionary St Junípero Serra, who mainly worked in the Americas and founded nine missions there.

The CEU UCH chaplain,  Father Domingo Pacheco, the coordinator of the Dies Academicus lecture cycle, thanked all the speakers and attendees for the contributions they made to these sessions.

“Next year, we’re going to focus on new themes of current interest from the perspective of faith and rationality, enabling us to gain new insights and a deeper understanding of these issues.”

A world of music… at the University