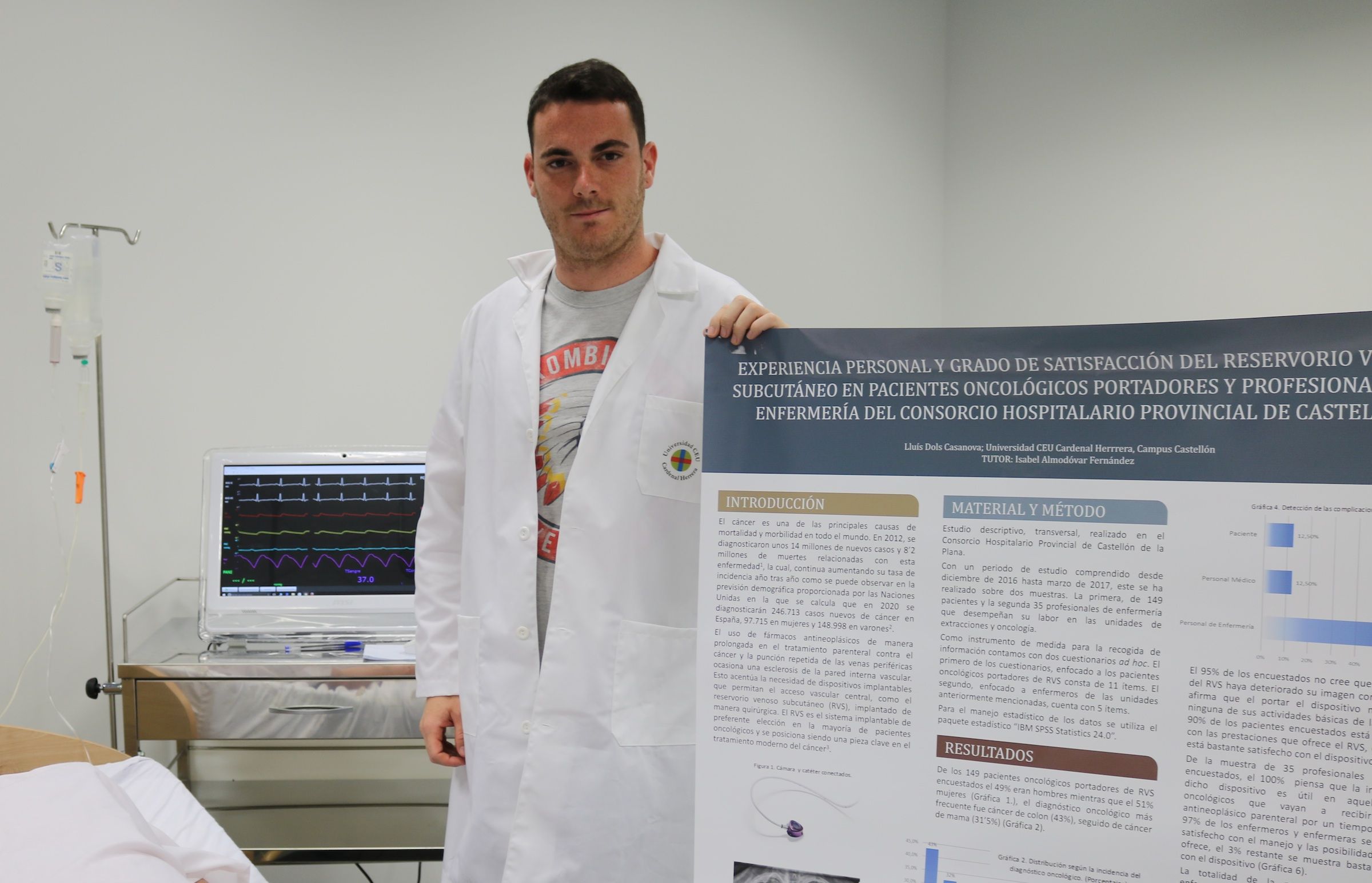 The staff on the Bachelor’s Degree in Nursing at the CEU Cardenal Herrera University’s (CEU UCH) Castellón campus and the professional nursing association in the province, the Colegio Oficial de Enfermeros y Enfermeras (COECS), have organized a conference on research in nursing, in which the best five end-of-degree projects of recent years are to be presented.

This first edition of the Enfermeros por la Ciencia (“Nurses for Science”) conference is the fruit of a joint initiative by the staff on the Bachelor’s Degree in Nursing at the CEU Cardenal Herrera University’s (CEU UCH) Castellón campus and the professional nursing association in Castellón province, the Colegio Oficial de Enfermeros de la Provincia de Castellón (COECS). The aim is to highlight the importance of nursing research and the contribution it can make to scientific knowledge in the healthcare field. Representatives from professional associations across the Valencia region will participate in the conference, taking place on Friday 7th May, at which the best studies undertaken by CEU UCH Nursing students will be presented, stimulating interest in research among the current crop of students.

According to the Coordinator of the Bachelor’s Degree in Nursing at CEU UCH in Castellón, Isabel Almodóvar, “the Enfermeros por la Ciencia conference seeks to reflect on the importance of scientific training for future nursing professionals and also to show how, by carrying out research, they can improve their knowledge of the healthcare field and strengthen the epistemological status of the profession.” The conference will begin with a roundtable session, on “why nursing needs research”. The participants will include senior regional figures in the profession, including Juan José Tirado, president of the Consejo de Enfermería de la Comunidad Valenciana (CECOVA), José Antonio Ávila, president of the Academia de Enfermería de la Comunitat Valenciana, and Francisco Javier Pareja, president of the Colegio Oficial de Enfermeros y Enfermeras de Castellón (COECS). The roundtable will be moderated by the Vice-Dean for Nursing at CEU UCH, Beatriz Rodríguez Díez-Caballero.

Afterwards, the Enfermeros por la ciencia conference will continue with the presentation of the five best end-of degree projects submitted by CEU UCH Nursing students in Castellón in recent years. These studies concern: the effectiveness of the capillary HbA1c test for diabetes in pregnancy, by Juan Pons; an action protocol in response to a norovirus outbreak in hospital settings, by Julia Carreras; anxiety and depression in patients with breast cancer, by Claudia Bolos; the effects on health of the physical activity undertaken by triathletes, by Fernando Pagán; and finally, Lluís Dols will present his study regarding oncological patients’ and nursing professionals’ personal experience and degree of satisfaction with a Mediport device used at hospitals at the Consorcio Hospitalario Provincia de Castellón (CHPCs). All of the studies, submitted by the students as their end-of-degree projects (or TFGs), were graded as excellent. 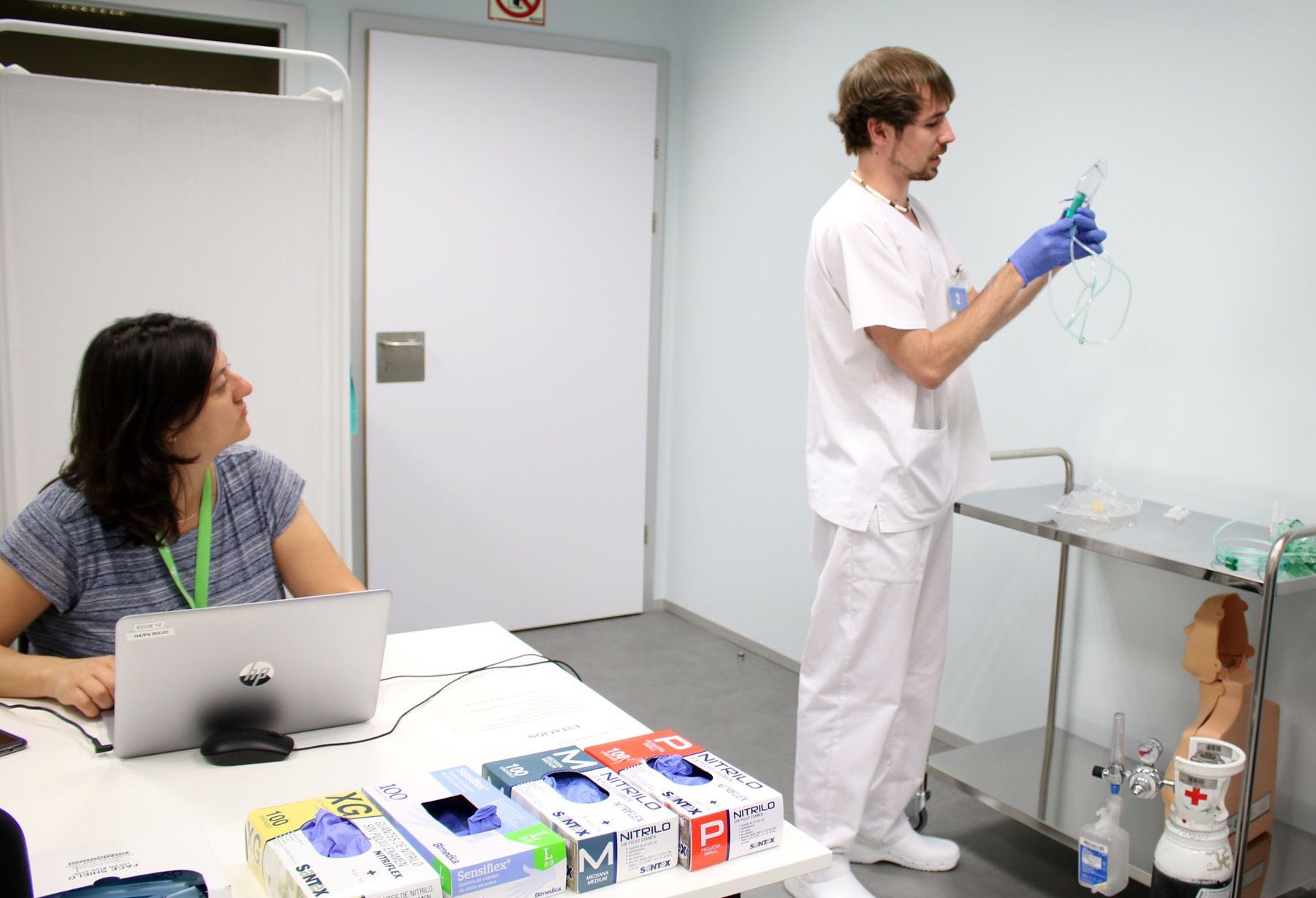 The conference will end with talks from Dr Isabel Almodóvar Fernández, coordinator of the Bachelor’s Degree in Nursing programme at CEU UCH’s Castellón campus and Dr Rafael González Moret – they will seek to encourage students to think about research and undertaking a doctoral thesis in Nursing. The session will be presented by the Vice-Dean for Health Sciences at CEU UCH’s Castellón campus, Paula Sánchez Thevenet, and it is aimed particularly at final-year students.

The Director of CEU UCH’s Castellón campus, José María Mira, and the Academic Secretary, Encarna Castillo, will also be taking part in the Enfermeros por la ciencia conference, which will take place on Friday, 7th May, at the CEU UCH Faculty of Health Sciences, and the sessions will also be livestreamed via the CEU UCH and COECS YouTube channels.