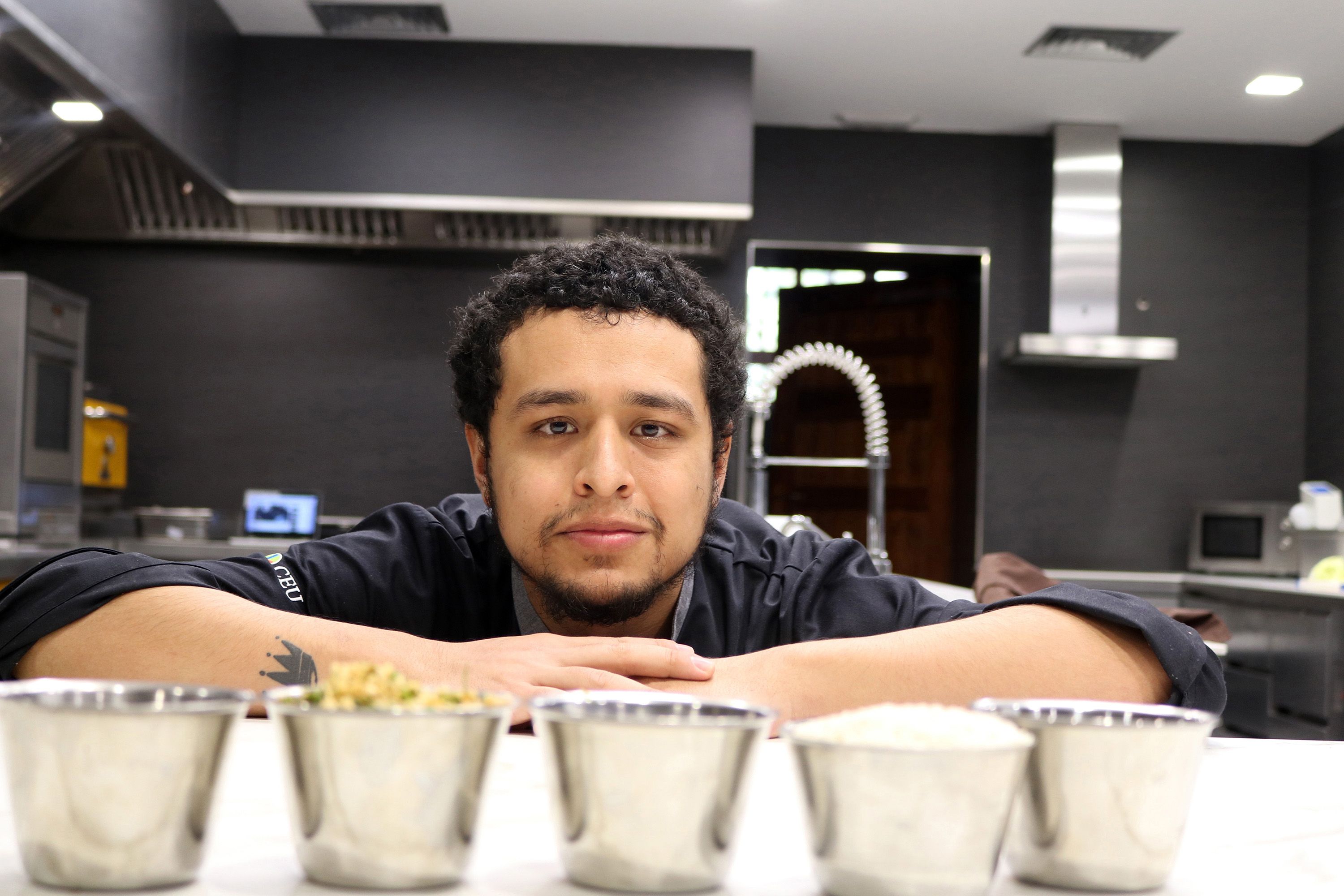 Camilo Vargas, who is in the semifinals for the prestigious award, will soon start his internship in Quique Dacosta’s restaurant.

Camilo Vargas, a student in the Master’s degree programme in Gastronomy and Culinary Management at the Castellón campus of University CEU Cardenal Herrera, has been chosen for the Promesas de Alta Cocina award. Established by Le Cordon Bleu, this contest is aimed at chefs who are up to 25 years old and are pursuing their last year of education in a Spanish school or university with a 23,000 euro scholarship given to the winner. In the next phase the CEU student will compete against 50 young chefs from all over Spain, and of them all only 10 will continue to the final which will be held in Madrid on the 20th of April.

In addition to being in the semifinals of one of the most important culinary competitions in Spain, this young Colombian is soon starting a three-month internship in Quique Dacosta’s restaurant in Dénia, the only restaurant in the Valencian Community with three Michelin stars.

Born in Bogotá 25 years ago, Camilo Vargas came to Gasma, the CEU campus for culinary students, to pursue a Master’s degree in Gastronomy after working for six years in the kitchen of a five-star hotel in the Colombian capital and being the second in command of the restaurant Mi Cocina, specialised in the cuisine of his home country.