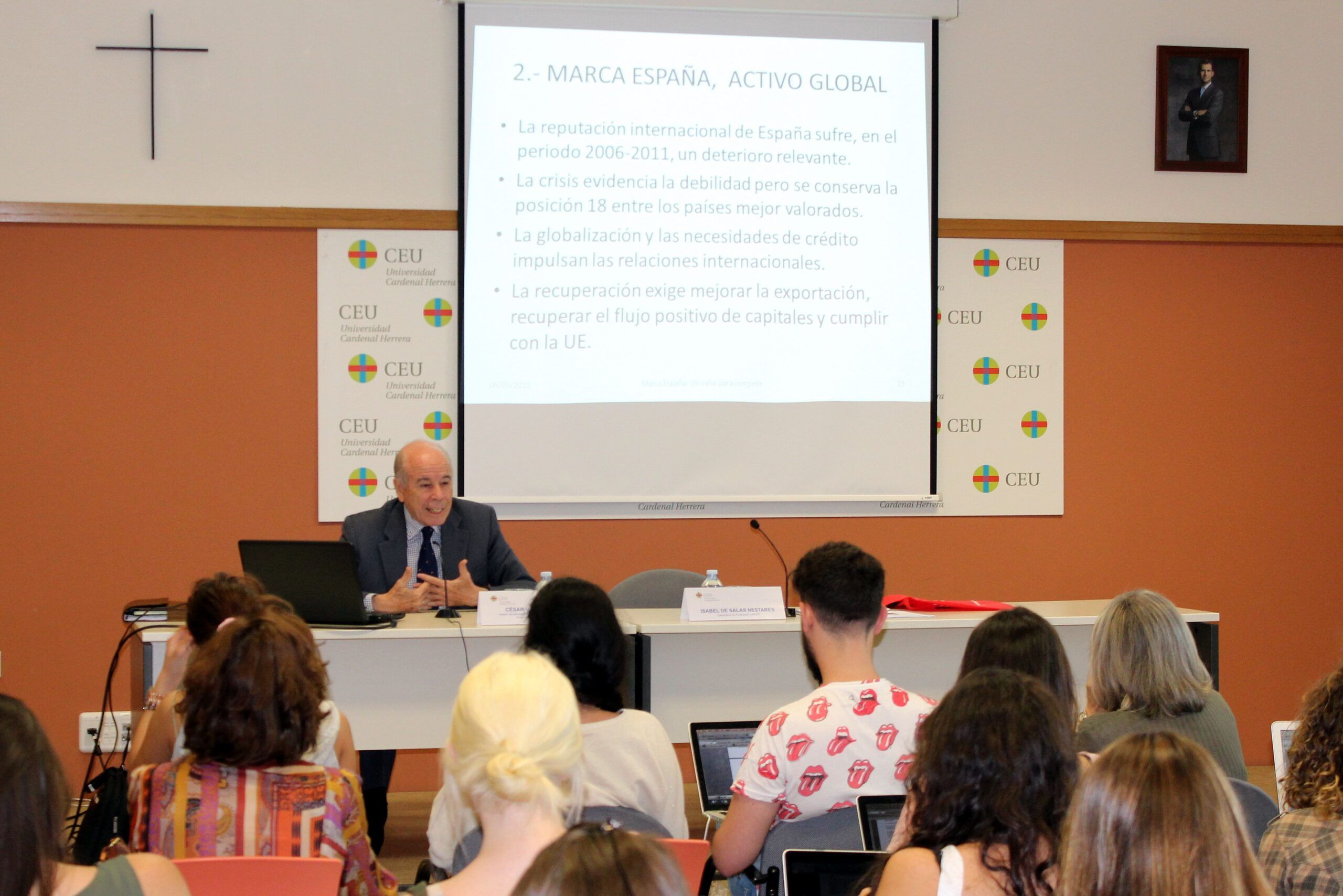 “There are positive signs which are visible in our industry, in the production, in innovation, in the people who contribute with their daily work to make our companies and all the multinational companies in Spain experience success. All the elements of communication can be the ones that can improve Spain’s reputation and image”, César Vacchiano, Vocal Advisor of the Ministry of Foreign Affairs for the project ‘Marca España’ was invited to give a speech as part of the acts of the 25th Anniversary of the Degree in Advertising and Public Relations of University CEU Cardenal Herrera.

In his talk to students of University CEU Cardenal Herrera, César Vacchiano provided insights into the work and the importance of the long-term project in which “the activities of all public and private organizations aimed to the promotion of the image of Spain are planned, promoted and coordinated.”

The Vocal Advisor presented the successful concept of ‘Marca España’, which has the aim of strengthening Spain’s image both among Spanish citizens and beyond Spanish borders – an aim that is especially important in order to regain the confidence of investors, clients and visitors after times of crisis. “The country’s reputation suffered mainly in the period between 2006 and 2011. Since the years 2013 and 2014, Spain’s position has improved a lot. The economic upswing has changed the international perception in a positive way”, said César Vacchiano.

“We need to identify and communicate our values, our unique characteristics which people all over the world identify with Spain like ‘Jamón’ or Olive Oil.” The Spanish language, being the second most widely spoken language in the world, with over 500 million Spanish-speaking people, is one of those attributes. Another one is sport as Spain is an “undisputed world leader in sport nowadays. The success of our sportsmen and women is the result of determination, the ability to improve and the joint effort of an entire country.” One of Spain’s most powerful pillars is tourism due to the country’s “huge cultural offering, its climatic conditions and cuisine.” 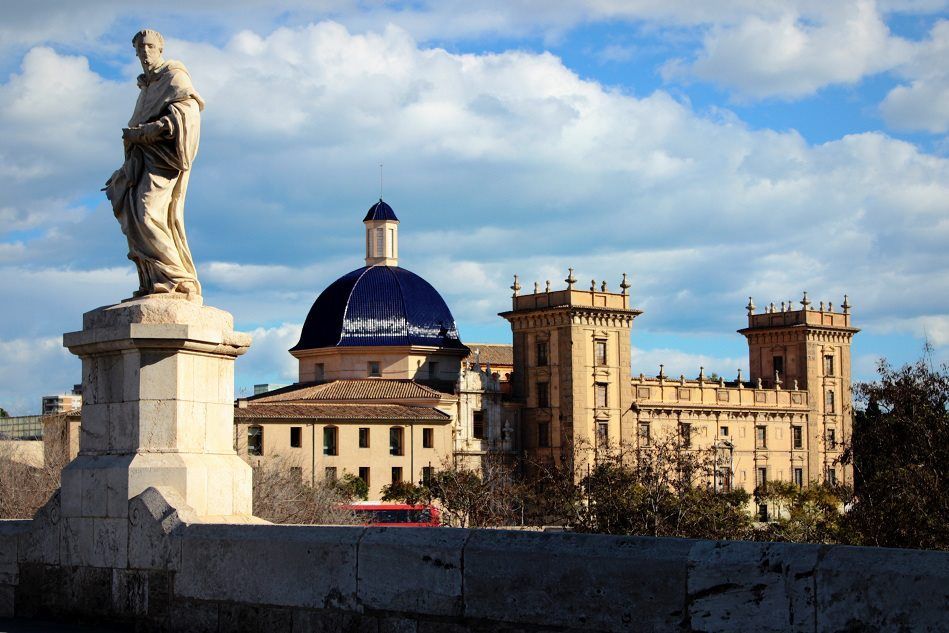 “Of course, there is still a lot we can improve in order to enhance Spain’s image. We need to continue constantly and we should not be afraid of taking new steps so that we can all develop every day. One of the most important factors to do so is spreading the positive aspects by means of Communication – if there is no communication, there is nothing, so the degree you are studying is one of high importance.”

César Vacchiano not only encouraged the students of Communication at University CEU Cardenal Herrera, he also left no doubt about the relevance of a country brand, which has become an essential factor of a state’s management.