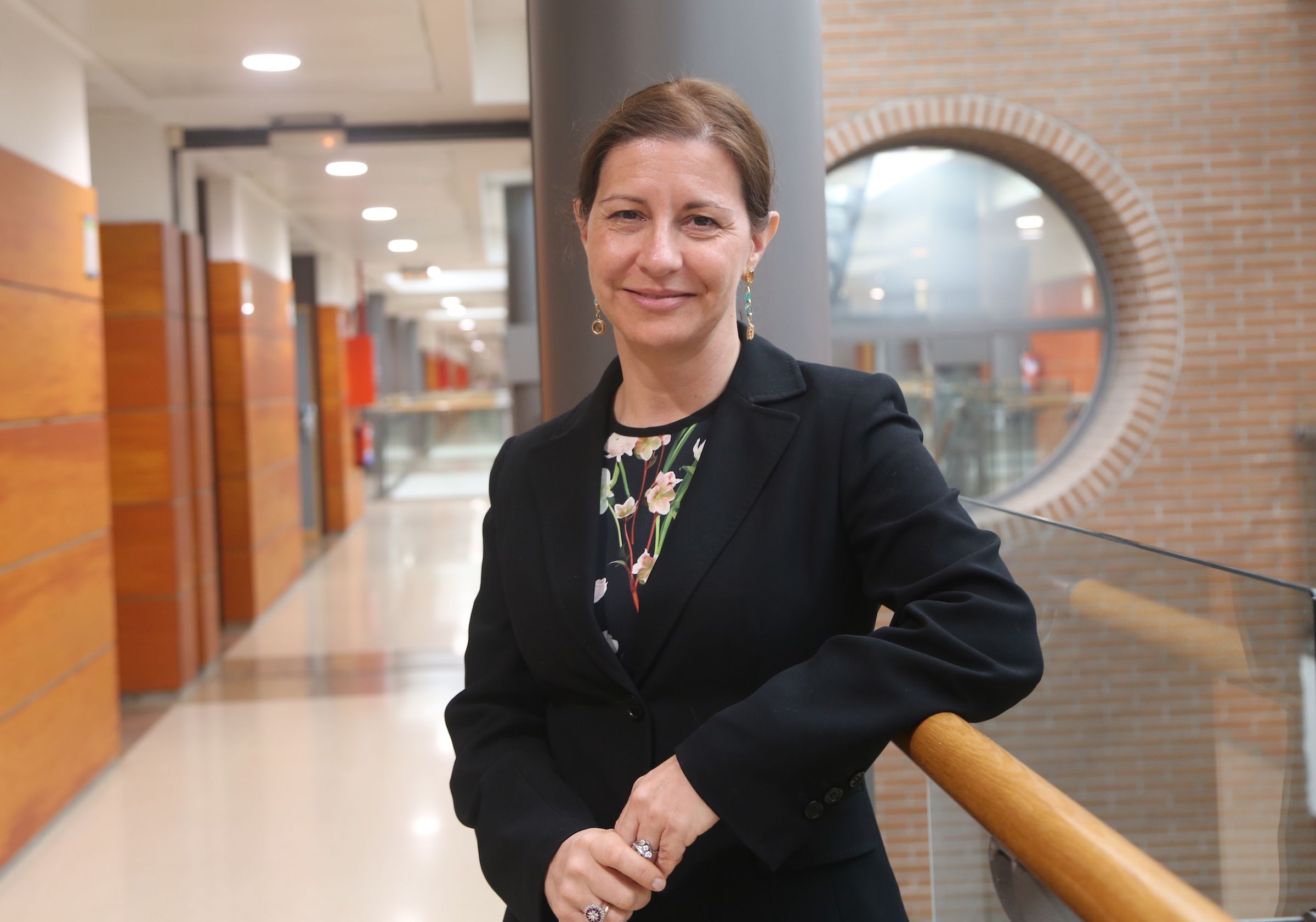 On the occasion of the celebration of the International Day of Human Rights, the professor of Public International Law of the CEU UCH and holder of the Jean Monnet Chair in EU Values ​​and Human Rights of the European Commission, Susana Sanz Caballero, was invited by the Université Panthéon-Sorbonne of Paris. At this University, professor Sanz gave a talk on “Migrant Women: Legal, Political and Social Aspects”, in a conference organized by the aforementioned Parisian University, in collaboration with the NGO Terre des Hommes and the Fondation René Cassin- on 8th December. Institut International des Droits de l’Homme. With the lecture of the CEU UCH professor, Terre des Hommes closed the year in France dedicated to the debate about women’s rights and raising awareness. 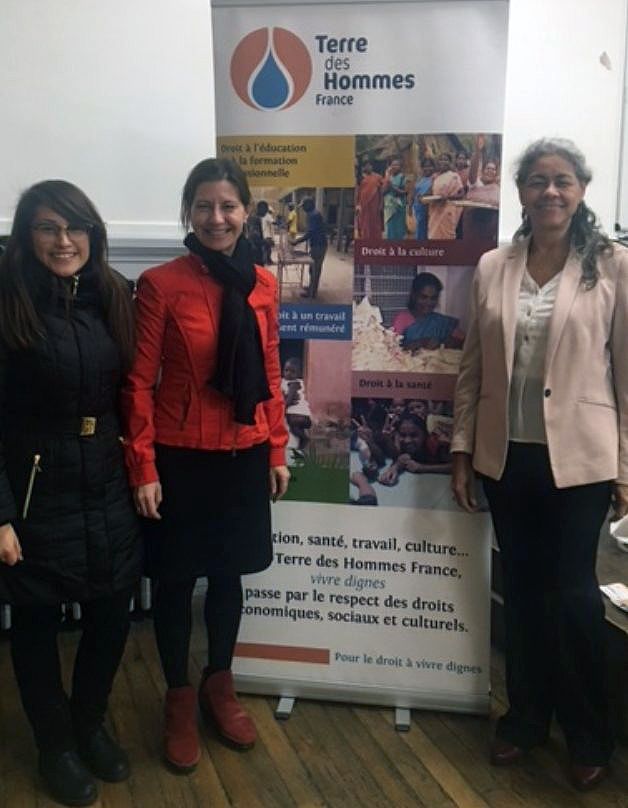 “The problem is not the need to enunciate more rights, but to ensure that the countries comply with those already identified and included in the international regulations”

During her speech at the Université Panthéon-Sorbonne in Paris, Professor Susana Sanz explained that feminization of migration has increased in recent years, with 49.6% of women migrating, according to the UN Fund for Migration of population. Many women travel alone voluntarily, but the number of those who are victims of human trafficking also grows. Many of them almost never manage to regularize their situation in the country of destination and fall into mafia networks that exploit them, exert violence on them and have an absolute control over their lives.

The professor Susana Sanz, from the CEU UCH, also listed the rights of these women, as human beings, as migrants and as women, in accordance with the Universal Declaration of Human Rights, the International Covenant of Economic, Social and Cultural Rights, the International Covenant on Civil and Political Rights, the Convention for the Elimination of All Forms of Discrimination against Women and the Convention for the Protection of the Rights of Migrant Workers and their Families. 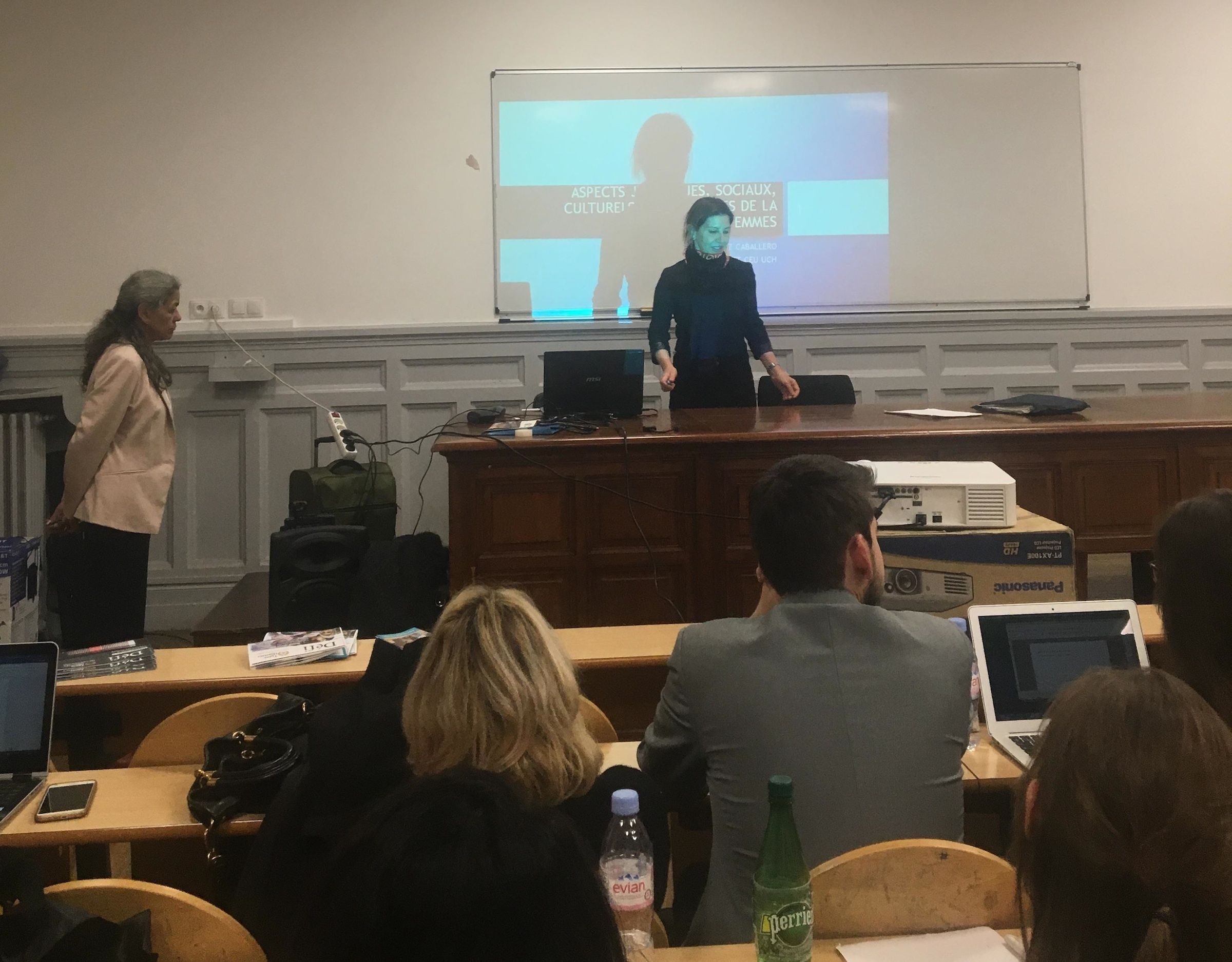 Susana Sanz concluded her speech indicating that the problem is not the need to enunciate more rights, but to ensure that the countries comply with those already identified and included in the international regulations and enforce them to companies, recruitment agencies, trade unions, labor inspectors, among others. Taking advantage of its presence in Paris, on 9th December Susana Sanz participated in a round table at the Cité du Réfuge, which also involved representatives of Terres des Hommes-France, the Association An Innocent Smile, Terres-Africa, as well as refugees in France who made the dangerous journey through the desert, Libya and the Mediterranean to reach Europe.