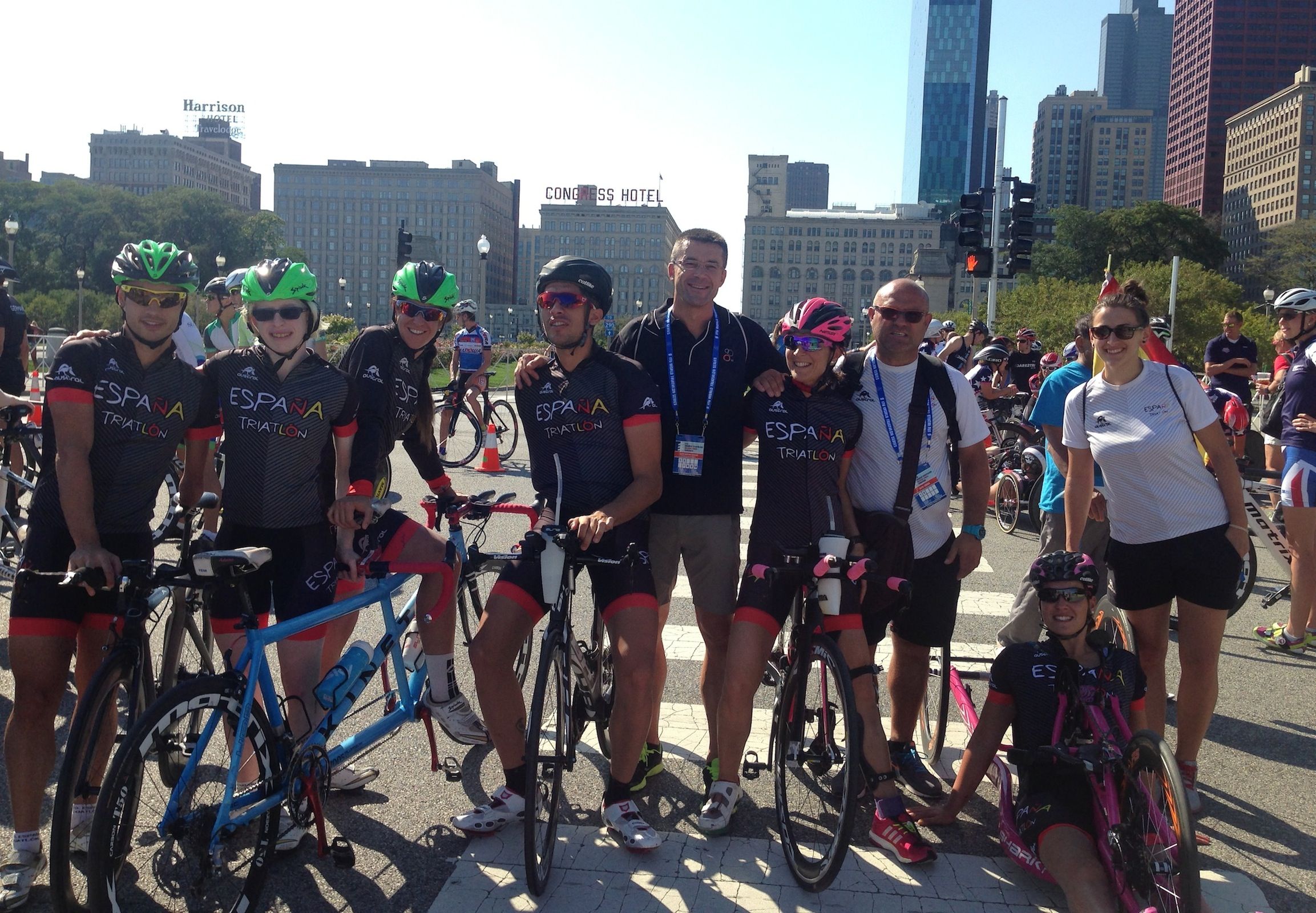 Professor Martínez Gramage is the only Spanish member in the team of researchers that has designed this new biomechanical analysis based on inertial sensors.

Javier Martínez Gramage, Professor of Physiotherapy at University CEU Cardenal Herrera, is the only Spanish member in the team of researchers within the International Triathlon Union (ITU) that has developed a new functional classification system for paratriathletes. Using accurate inertial sensors, the new system measures and evaluates objectively various mobility variables in athletes when swimming, pedalling or running. Based on different symmetry indexes calculated on acceleration, this new system allows to precisely detect mobility limitations in impaired athletes. Paratriathlon will make its debut as Paralympic Sport at the 2016 Paralympic Games.

This new system, in which Professor Martínez Gramage has worked in the last months, was used for the very first time at the ITU World Triathlon Grand Final in Chicago, a world championship that took place from September 15-19, 2015. Among the 200 competing triathletes, the best in the world in this sporting activity, the Spanish Javier Gómez Noya was once again crowned World Champion.

Professor Martínez Gramage, from University CEU Cardenal Herrera, led the international research team that last year created the Paralympic classification system the International Triathlon Union (ITU) will be using in Rio 2016. “A year ago – points out Professor Martínez Gramage – we got the best news possible: paratriathlon had been recognized as Paralympic sport. From now on, this new project will provide more impartiality to paratriathlon classification, ensuring a more equal participation at international-level competitions”. This aspect is crucial as, according to Professor Martínez Gramage, “it can have an impact on competition results and the possibility of getting financial support, thus making a living with this sporting activity. This is the main purpose of our project: contributing to shaping a fairer decision-making process”.

The IPC and the Agitos Foundation have awarded this new research project to Martínez Gramage’s team, which is now gathering data from impaired athletes around the world. “An international competition like Chicago’s World Triathlon Grand Final is the best possible place to collect the information we need, for it gives us the possibility to work with the world’s best atheltes in the field”. The research team will continue collecting data in different international competitions until May. “Once all the information analyzed, decisions will be made in order to implement a new classification system that will be used after Rio 2016”, states Martínez Gramage. 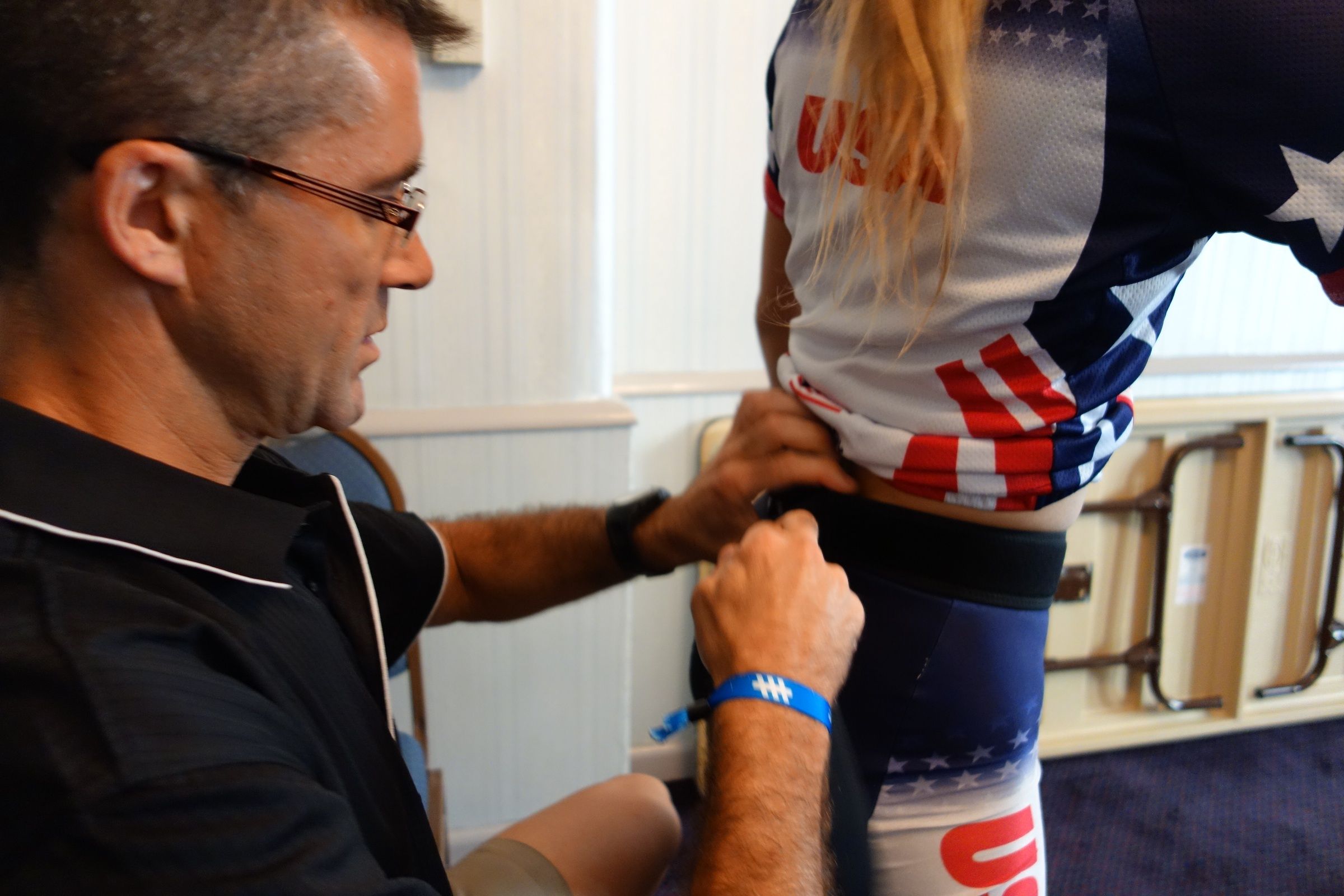 Professor of Physiotherapy at University CEU Cardenal Herrera, Javier Martínez Gramage is the only Spanish member of the ITU Scientific Research Group, a team of international researchers formed by Mrs. Margueritte Christopher, Head of Classification at ITU New Zealand; Katerina Magouk, classifier at Greece’s IPC; Scott Murray, classifier at ITU Scottland; and Eric Angstandt, Director of the ITU Paratriathlon Committee. The Committee on Ethics at University CEU Cardenal Herrera has approved this reserch project, in which professors of the university, as well as undergraduate and postgraduate students of Physiotherapy have participated.