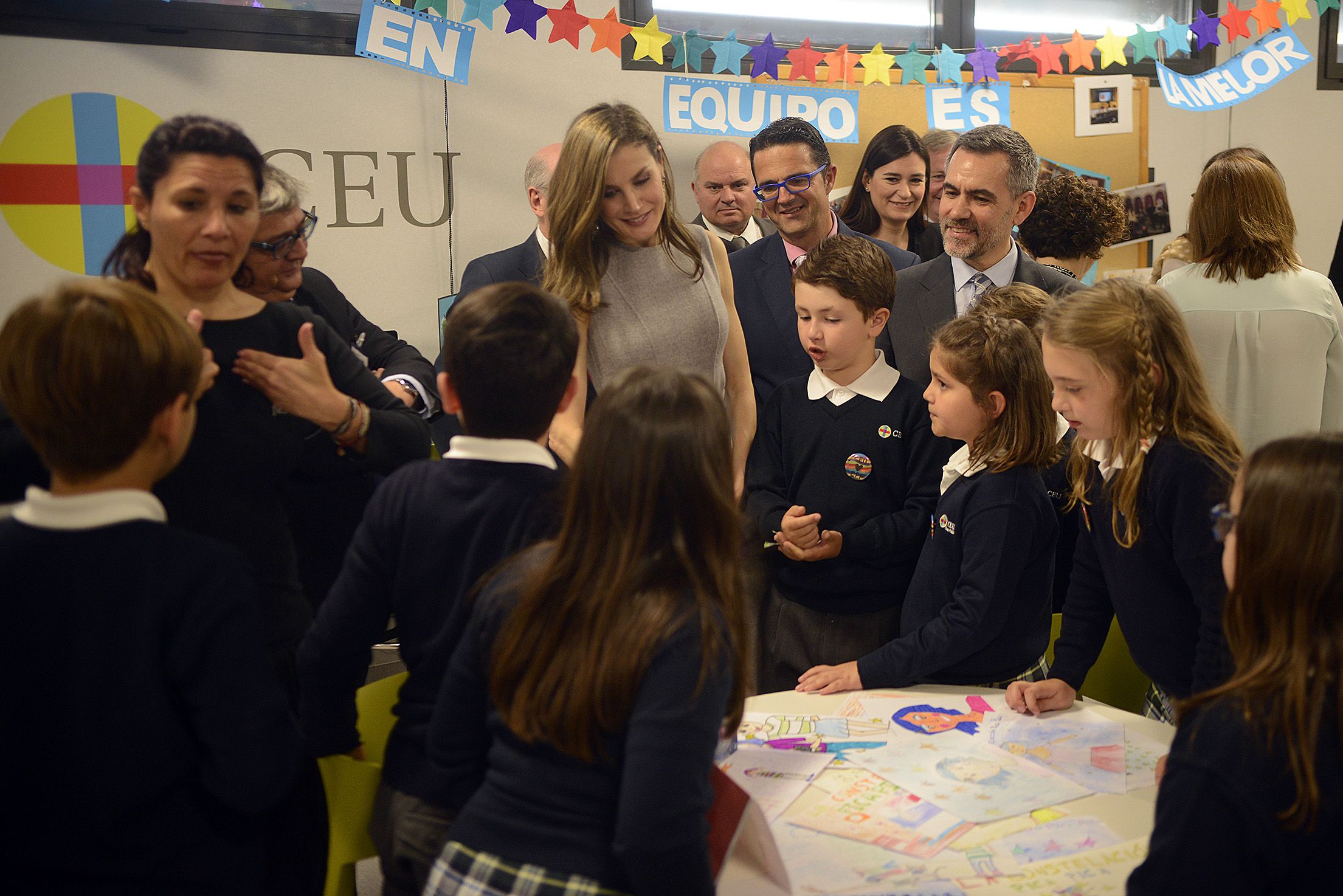 FEDER and University CEU Cardenal Herrera gathered more than 250 people for the 4th International Educational Conference on Rare Diseases in Alfara del Patriarca (Valencia). Her Majesty the Queen of Spain took part in this Congress held in the CEU-UCH Faculty of Health Sciences organized together with Sanofi Genzyme and under the motto “Building networks, consolidating projects towards an inclusive society.” The fourth edition of this meeting is focused on children affected by rare diseases and the good practices developed in 10 educational centres in Spain.

The institutional opening was the responsibility of Carlos Romero, Great Chancellor of the University CEU-UCH and chairman of the Foundation CEU San Pablo, Juan Carrión, chairman of FEDER and its Foundation and Fide Mirón, deputy chairman of FEDER, as master of ceremonies. The President of the CEU San Pablo University Foundation, Carlos Romero, underlined that “the work of a group of researchers from the university CEU Cardenal Herrera alongside with FEDER has reached the youngest students from CEU campuses in Spain. Thanks to this meeting we created a network among our Primary and Secondary school pupils, their teachers, students of Education Degrees and researchers in order to work together to create an inclusive education for rare diseases patients and fulfill our founding mission of serving society through education.”

Juan Carrión underlined that “inclusion is the main tool to create a responsible and sensitive society towards people affected by uncommon diseases or potentially affected by rare diseases and still waiting for a diagnosis”. He also stated “there is still a lot to do but we witnessed advances reflected in this new edition of the Congress”. Her Majesty the Queen of Spain shared these advances with the educational community and Carrión acknowledged her commitment thanking her for “believing in our cause, sharing it in occasions such as this Congress, witnessing the advances since the beginning. Thank you for trusting in our work, a mission which started 18 years ago”.

Moreover, in order to provide a global perspective, the Congress gathered representatives from the public administration such as Mario Garcés, Viceminister of Social Services and Equal Opportunities, Juan Carlos Moragues, Government Delegate in the Valencian Community, Carmen Montón, Minister of Health in the Valencian Community and Llorenç Rodado, Mayor of Alfara del Patriarca.

50 initiatives with a shared focus: coordination

As Carrión underlined “in this year’s edition we presented the highest number of good practice’s examples, almost 50 with more and more involvement of the whole education community.” During the Congress the focus has been on 18 good practices with a shared main idea: coordination among actors for an inclusive education.

From this perspective, the projects analysed aim at stopping discrimination, optimising resources and guaranteeing educational continuity for students affected by rare diseases. Among those projects, 5 come from CEU schools in Valencia, Alicante, Murcia, Madrid and Barcelona and others were proposals from students of the CEU-UCH Degree in Primary Education. 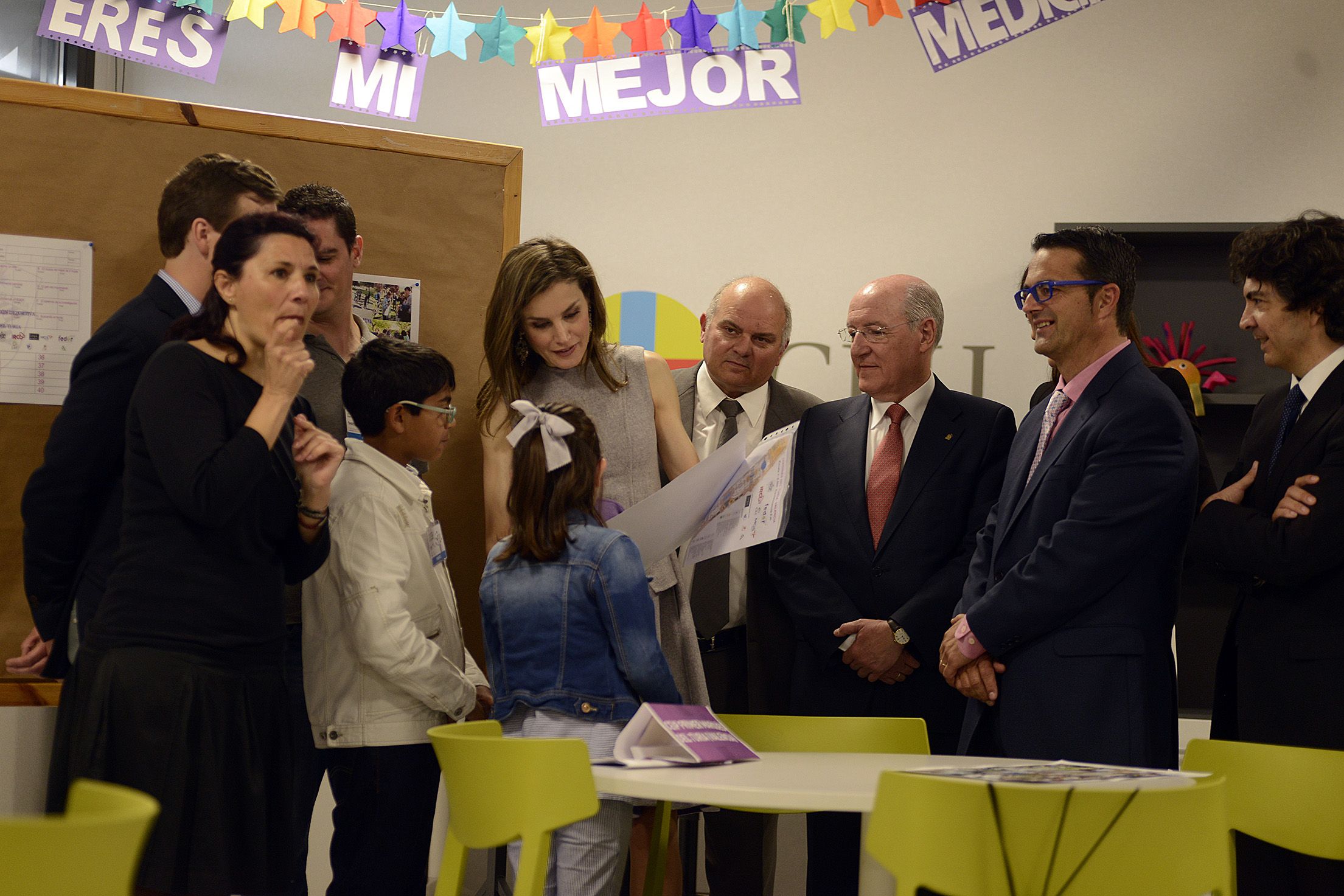 Rare diseases in the Valencian Community

The opening conference was focused on the importance of the Health Assistance Protocol for students with chronic health conditions during class hours, which came into effect for the first time at the beginning of this academic year. Carlos Fluixá Carrascosa, General Deputy Director of Health Care Planning in the Health Department, was the person in charge of the explanation of the main aspects of this Protocol. The Congress especially focused on the group in the Valencian Community, which has 172.000 cases of rare diseases in its Information System for Rare Diseases. This Community is represented by 31 patients’ organisations grouped in a FEDER delegation for the Valencian Community.

Research: the key to an educational development

One of the main novelties of this fourth edition has been the key role played by research, the main challenge for FEDER this year and symbol of its campaign for the Rare Disease International Day “Research is our hope”. This Conference emphasized the need to promote research, even social research that, as Fide Mirón reminded, has to be developed “with a comprehensive approach, a network work among all the actors involved: public sector, private sector, citizens, universities, businesses and patients’ associations”. This need is evident when it comes to teaching because “we’ll be able to implement specific campaigns to meet the educational needs of our pupils only if we know what we are facing”.

The Grupo de Investigación en Discapacidad y Comunicación (GYDIC) from CEU-UCH which managed in the last two years the Observatorio de Enfermedades Raras (OBSER) and has been developing the technical aspects of the study ENSERio by FEDER and CREER on social and medical needs of rare diseases patients in Spain, actively collaborated in the organization of the Conference.