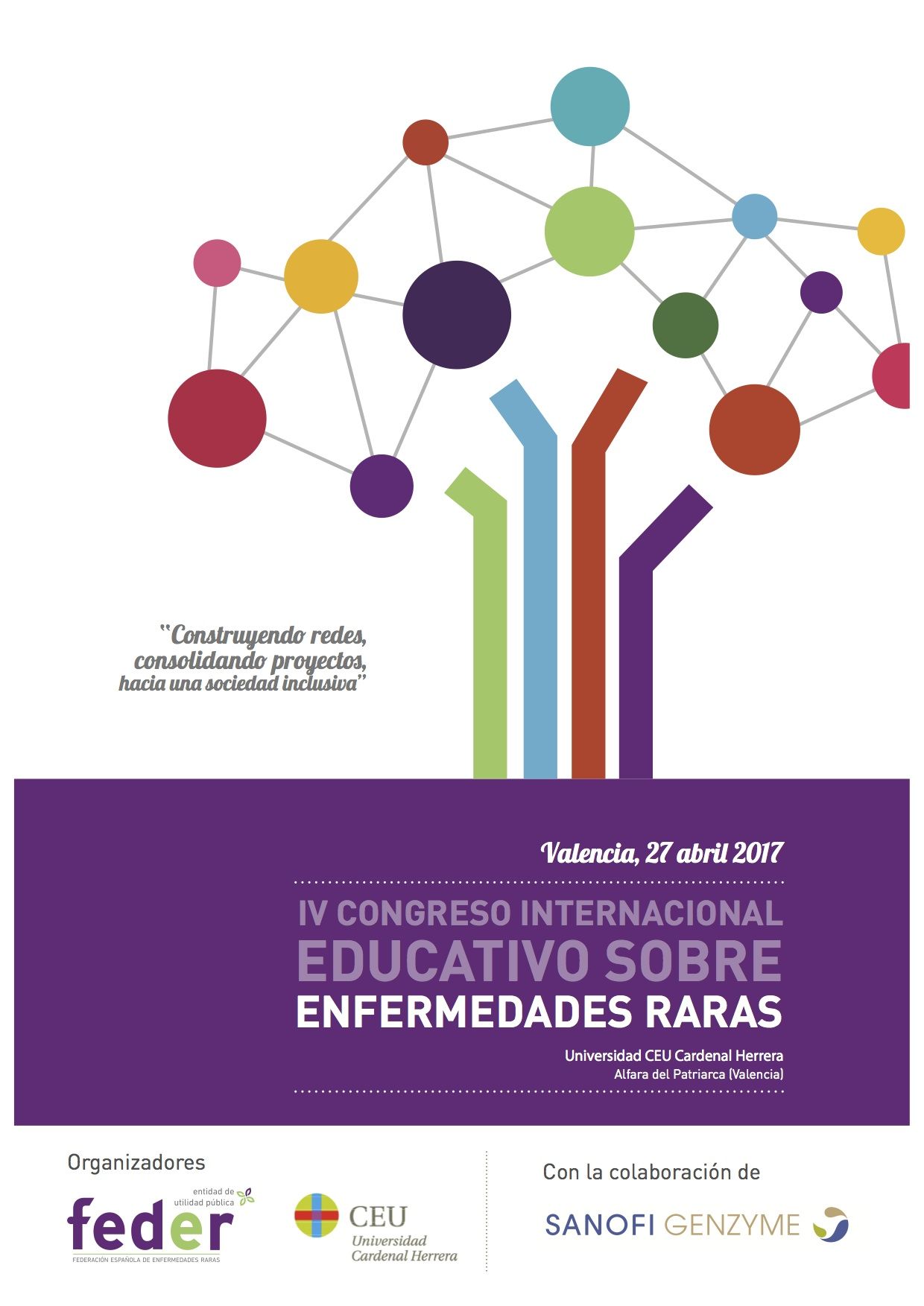 Everyone was excited about the event that Her Majesty the Queen of Spain came to visit our new Health Science building a week ago. Another reason is because on the 27th April our university, with FEDER and Sanofi Genzyme organized the 4th International Conference on Rare Diseases. The slogan of this year was ‘Building networks, consolidating projects, towards an inclusive society’.

The Government actions towards children with rare diseases

Mrs Rosa Visiedo, our Rector and Mrs Fidela Torrente, Vice President of FEDER gave welcome speeches followed by Mr Carlos Carrascosa from Generalitat Valenciana (the regional government) with his presentation about health care for students with chronic health problems during school hours in Spain in general and in Valencia. The objective was to establish a connection between the educational and health care centres. It is estimated that the four most typical alert diseases are: Asthma, diabetes, allergy and dyslexia. Along the way, they have made many children’s lives better, helped them feel secure, self- confident, get on well in school and have made them smile again.

Initiatives in support of rare diseases from schools

I had attended one session where four outstanding projects supporting children with rare diseases were presented in front of the audience. 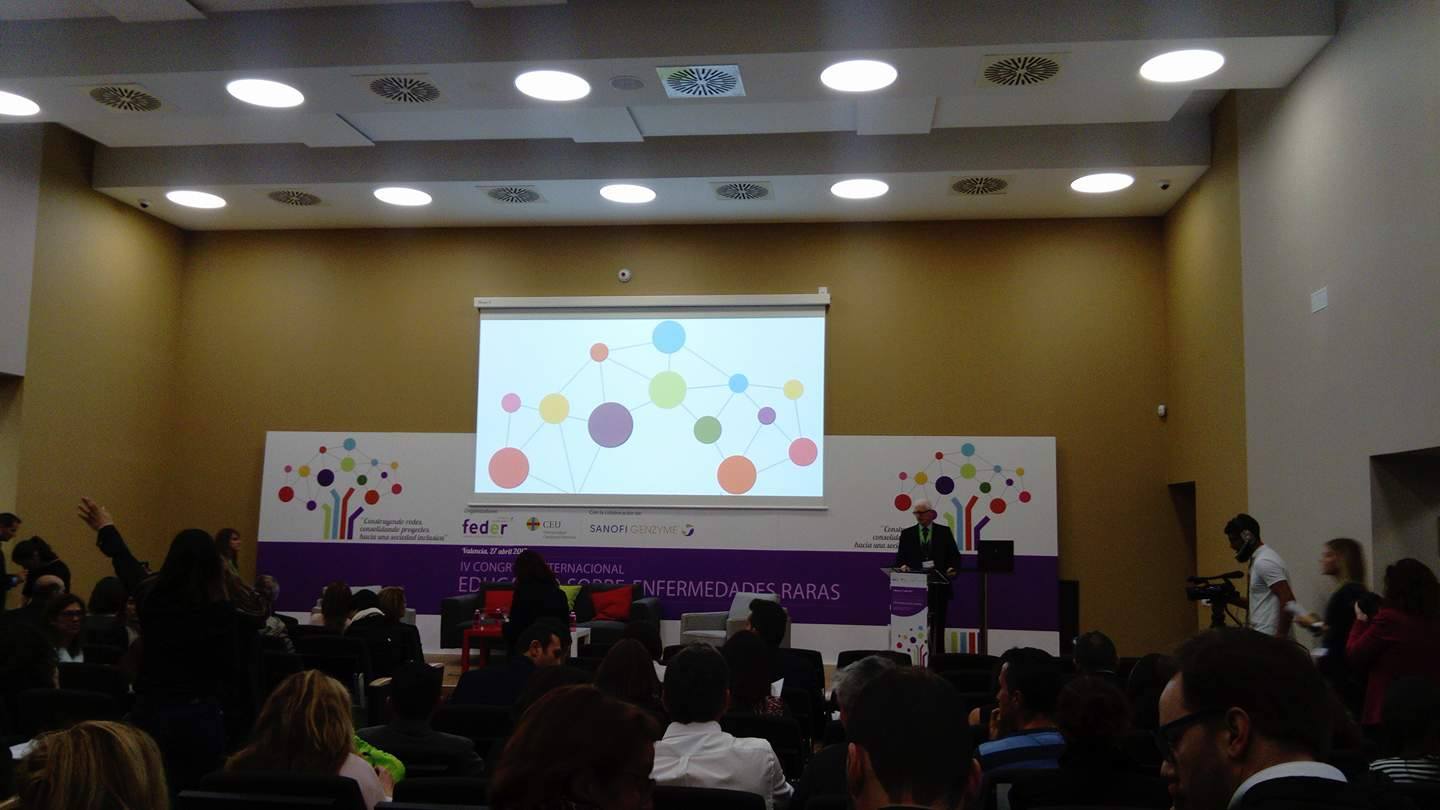 It is organised by the sports teacher and the parents association of the school CEIP Primer Marqués del Turia in Valencia. The students and parents formed teams of 5 people and they are given a map where they have to run to different locations and solve some tasks about what they have known about rare diseases as well as FEDER. Two representatives primary students shared their experiences. They raised awareness from the small community and hope to achieve more in the next years.

We are connected to you: solidarity concert

Irene Ríos is the only person in Valencia has carried the disease so- called 4- hydroxybutyric aciduria, and among 10 people in the whole Spain. Having one special student, the coordinator of the group support for integration wanted to make changes in the environment of the school towards the girl. Luckily, FEDER and De Neu organisations were in handy to give a hand for the Awareness Campaign and later on, a concert for Irene. They aim had been very successful: not only because of the charity money for people suffer from rare diseases, but also giving is receiving. 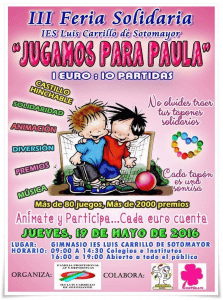 Coming from Córdoba, another sports teacher, Mr Rodrigo Hernández had an amazing project of the secondary school Luis Carrillo. Everything started 4 years ago when one of the students had Alternating Hemiplegia of Childhood and he was thinking of a kind of game that would be entertained but also solidarity and required work collaborations between the kids. Thus, the solidarity fair ´Play for Paula´(Jugamos para Paula) was born; it consisted of 80 hands made games from recycled materials designed by students; Also many second-hand objects are brought to the fair as prizes. On the big day, students will exchange 1 euro for each 10 tickets to play games and if they win, the points are accumulated for prizes. The money is to help Paula with her illness while other children can make an effort to win the variety of prizes.

I think they slogan are really meaningful: The kids need time and spaces to play, and games are not luxuries things, it is a necessity.

Everyone knows that each person is different, even twins. However, when we see a friend with red spots on the skin or on the face, some basically reject that person by saying he/she is not the same as the rest of the society. In order to promote the thinking of the uniqueness, the vice president and her co-workers of the mastocytosis association use the power of imagination through book and film. From a real case, Lucía, a book called La constelación Pica Pica was published and a short film called counting stars. The book has been a good tool to teach children to accept their identities while the film has been awarded many prizes; however, prizes are not the first priority but the message from the film is the friendship, the supports from friends and family, and the unity. 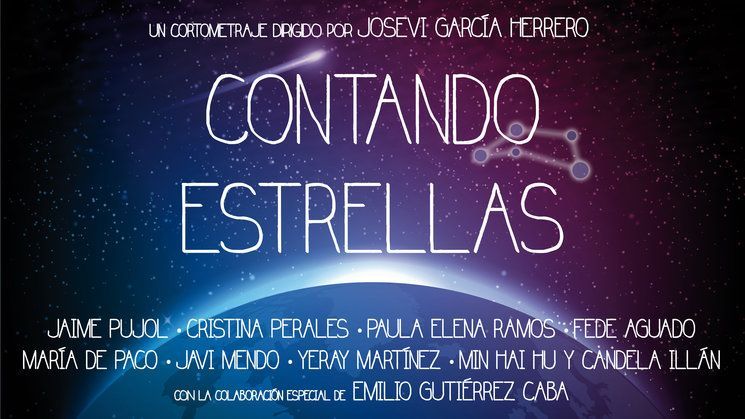 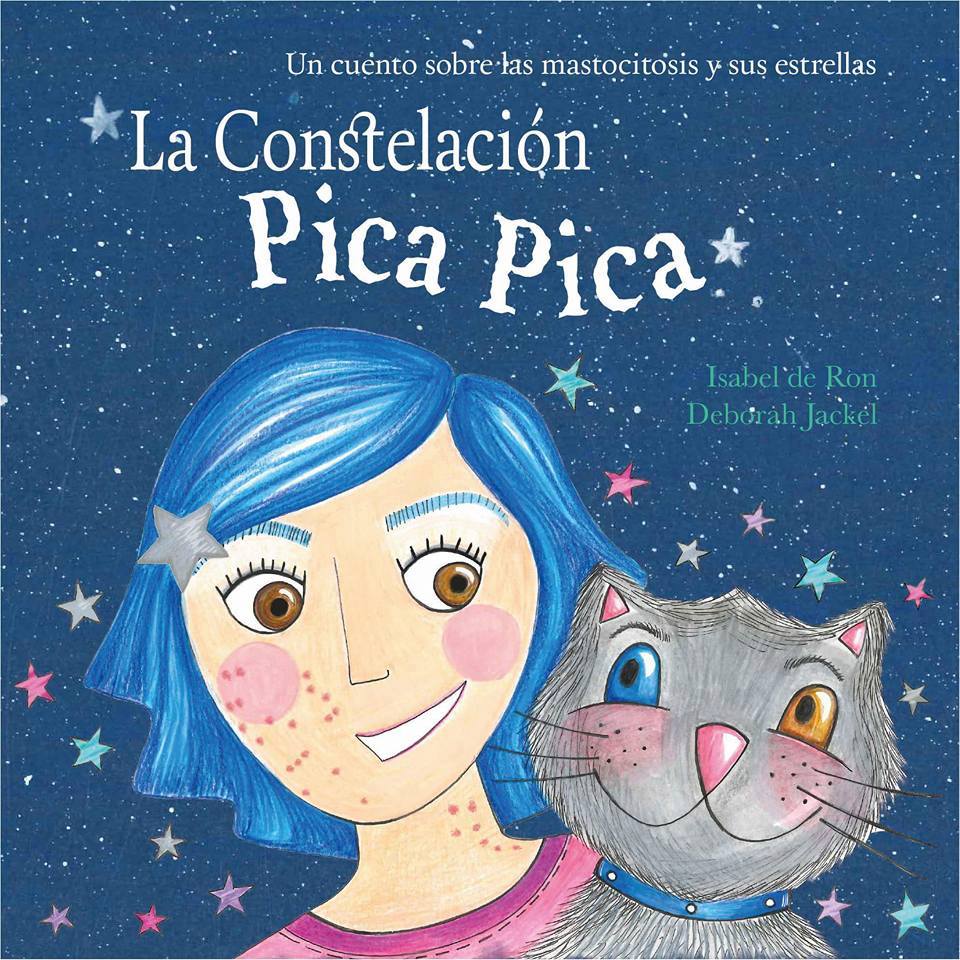 These are only 4 out of the many projects that all schools had done to help children with rare disorders. Much efforts are putting in, tears of joy from both the presenters and the audience and after this conference, I hope much more people with this rare diseases will benefit from the projects made by charity organisations.