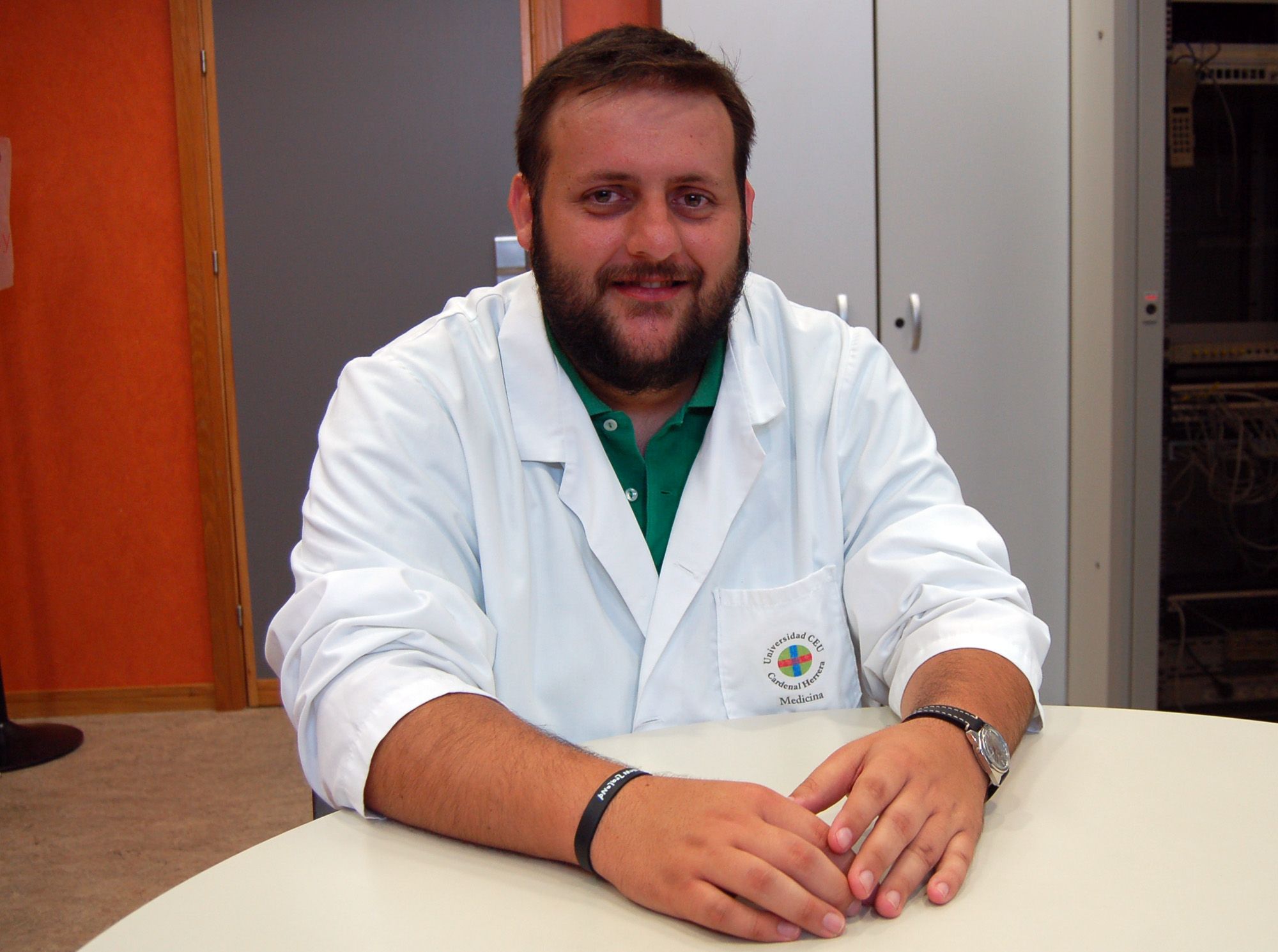 Enrique Villoslada, undergraduate student in Grado en Medicina at the CEU-UCH Castellón campus, is a member of the Red Cross Emergency Response Unit and one of the 12 Spanish members on this first mission. Read the original post here (in Spanish).

Medicine student Enrique, who studies at the Castellón campus of CEU Cardenal Herrera University and who previously completed the degree program in Nursing at the Valencia campus of the same university, was a member of the first team the Emergency Response Unit of the Spanish Red Cross sent to Sierra Leone’s Kenema disctrict, where they stayed from August 1 to 28 to aid in fighting the Ebola epidemic.

Enrique and his team members – three more nurses, one doctor and seven technicians – worked together with Red Cross teams from other countries.

The goal of the ERU medical team was to provide assistance to infected persons, and, also, to design a triage system that would enable medical personnel to efficiently determine which people are affected with Ebola and should be treated in a specialized center, and who is to be sent to the Kenema General Hospital.

It was the seven technicians’ task to construct that center for specialized care, which replaced the provisional center set up by the World Health Organization (WHO).

Another of the team’s goals was to train members of new Red Cross teams, and local doctors too. The Spanish ERU team itself was trained by medical personnel employed by the WHO and Doctors without Borders.

CEU-UCH student Enrique and his team members furthermore trained the Sierra Leone Red Cross personnel in communicative skills and in health education so as to enable them to work efficiently not only with people suffering from Ebola, but also with their local communities. The aim in this is preventing the virus of spreading further, as well as enabling people who healed to again integrate into the community. 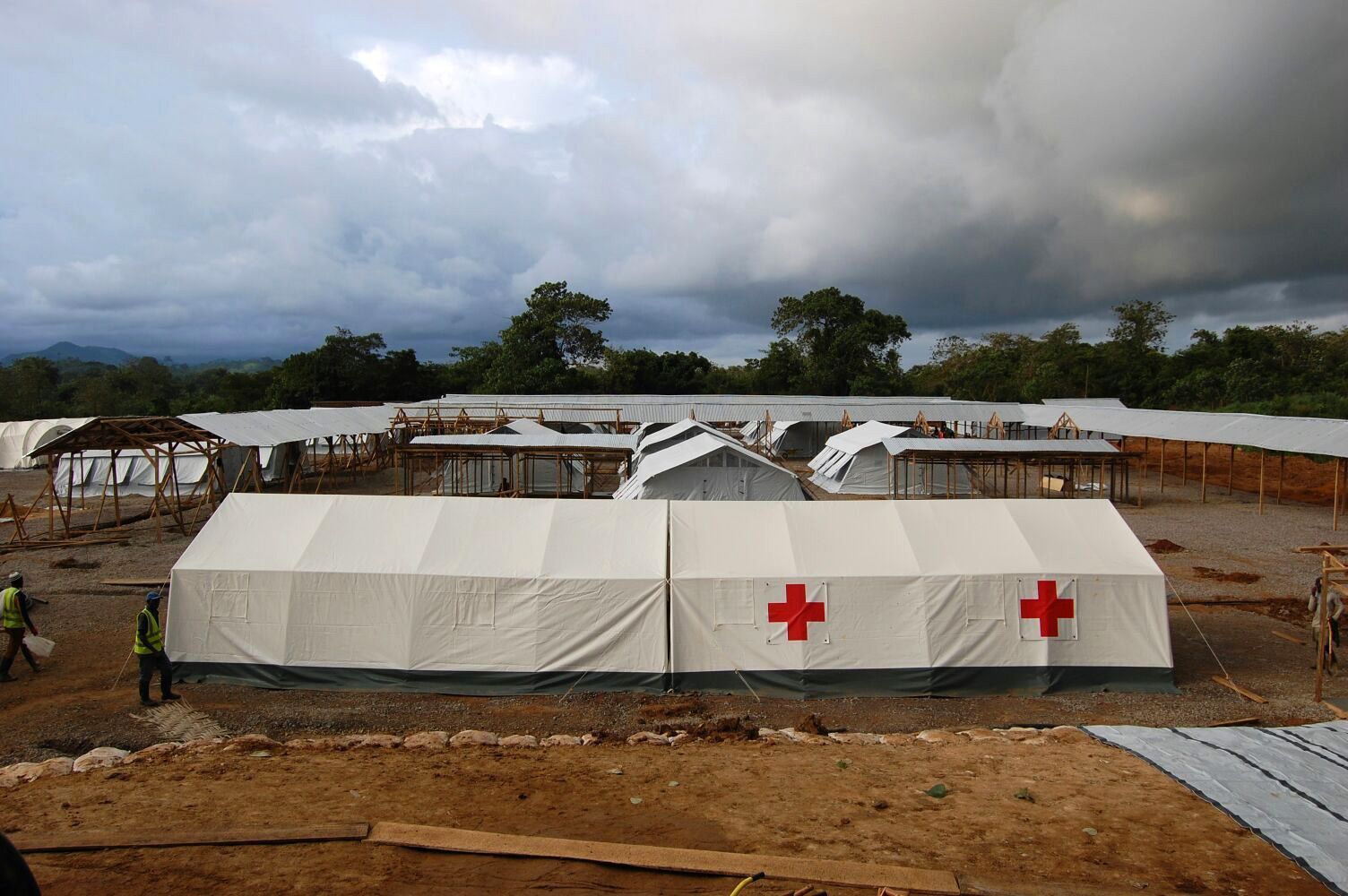 Enrique, who graduated in Nursing from the CEU Cardenal Herrera University, has been a member of the Spanish Red Cross since 2001, and of the ERU since 2009. The first time he took part in a mission with the ERU was after the 2010 earthquake in Chile.

Enrique, 31 years old and three years away from completing the degree in Medicine (Grado en Medicina) at the Castellón campus of CEU-UCH, sees clearly that helping others is what makes him happy. “Despite the feeling of helplessness, the pain and the risk that go hand in hand with a mission like that to Sierra Leone,” he says.

His plans for the future are to complete his studies at CEU-UCH, look for a job as a doctor in Spain and work for a time with the International Committee of the Red Cross, where he could once more put his calling and knowledge to the service of others.

Working for the common good is an experience Enrique recommends to everyone. “There is a place for all of us, young and old, in the world of cooperation, abroad as well as in our own neighbourhoods,” he concludes. “It is by cooperating that we can make the world a little better.”