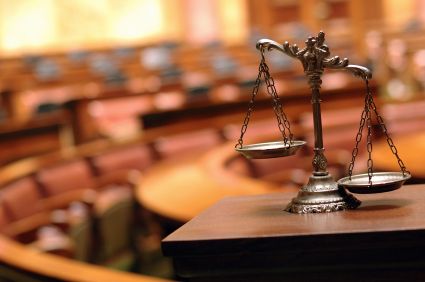 How is the next reform of the Public Prosecutor’s Office in Spain understood from the perspective of a lawyer? According to Ignacio Pérez, counsel for Alicante and Murcia in the law firm Garrigues, the reform of the Criminal Procedure Law, will streamline Justice. In his interview, the expert in judicial processes for economic crimes addresses this and other issues that affect the Public Prosecutor’s Office. For example, that a truly independent Prosecutor will only be achieved by organizing the way criminal investigation is carried out, as prosecutors also claim. 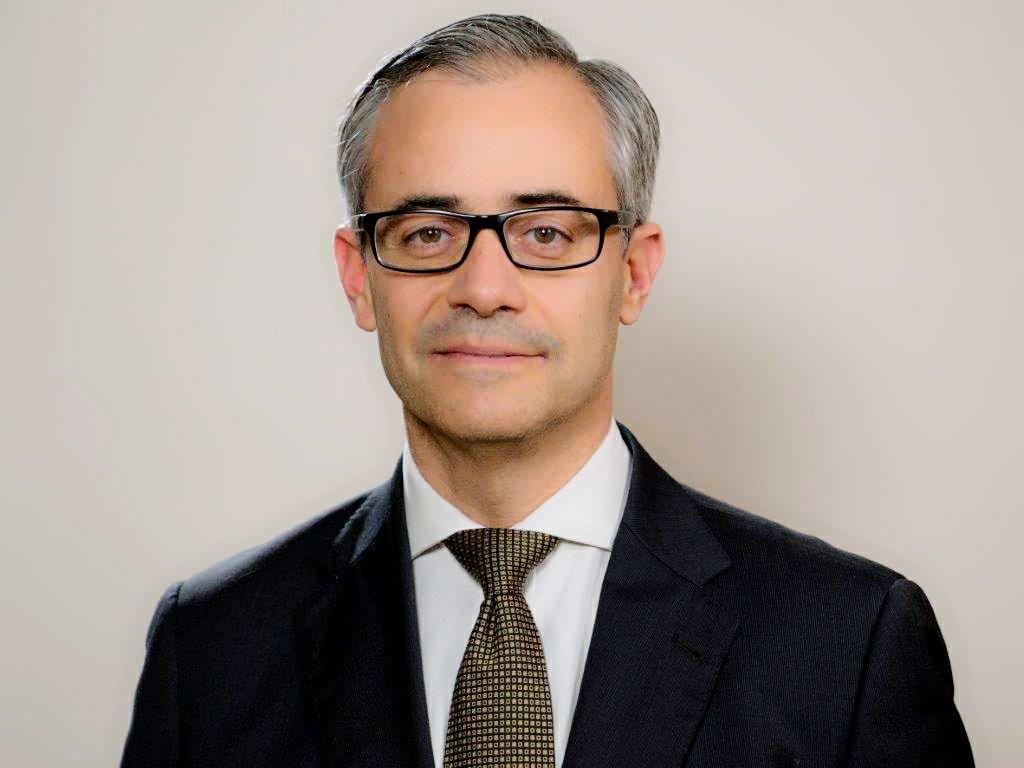 Ignacio Pérez Valero, professor of the CEU Master’s Degree in Legal Practice, and lawyer at Garrigues

The Council of Ministers has recently approved two normative projects: the Draft Criminal Procedure Law and the Draft European Prosecutor’s Office Law. The minister, Juan Carlos Campos, assured that the first text “is a political obligation, at a time when the country is transforming.” Why is this future reform so necessary? What does he mean, according to you, when he talks about this transformation process in Spain?

Undoubtedly, the Criminal Procedure Law, which was a good Law, has been surpassed in many matters by reality. Any reform of this Law must seek a more agile criminal justice that is adapted, to the greatest extent possible, to a changing reality that evolves fast. This must be achieved without losing sight of the need to improve the guarantee system of the person who is investigated and accused in criminal proceedings. Reforms should not only seek agility but also increase the recognition and guarantee of the rights of the defendant.

Together with this reform, the General Regulation of the Public Prosecutor’s Office will also be reformed, with the aim of granting more autonomy to prosecutors. The Association of Prosecutors, following the thread of this reform, demands that “the Public Prosecutor’s Office is shielded from political interference and that it is granted budgetary autonomy”. Do you think this will be achieved?

The investigating body, which is intended to be the Prosecutor, must necessarily be impartial and independent. And this can only derive from an exclusive link with the Law. Strict obedience to the Law is what gives the investigating body the necessary independence to produce legal criminal investigative acts that can serve as the basis for the accusation of an individual. Any reform of the General Regulation of the Public Prosecutor’s Office must seek this objective.

The preliminary draft foresees that prosecutors organize themselves into autonomous teams with a coordinator and that they may dispose of police units, experts and practitioners. According to the draft, this will “restrict” the “hierarchical intervention” of the governing bodies of the Prosecutor’s Office when discrepancies of criteria arise within each team. Do you think that this measure will overshadow the role of the Judicial Police?

It does not seem like the aim of the aforementioned reform is the loss of prominence of the Judicial Police nor the modification of its functional dependence, since it would no longer depend, essentially, on the Examining Magistrate, but on the Public Prosecutor’s Office. If the Prosecutor is the one who instructs and investigates, the Police, which is the one that investigates the crimes, will have to depend on the Prosecutor’s Office.

In this way, in the planned reform, the Judicial Police will have to report to the Prosecutor. This will be the body that, once the report has been submitted serving as a complaint, will take the initiative of the investigation, giving the relevant orders to the Judicial Police. In this way, it will direct the rest of the police investigation of the events. The reform states that the Prosecutor will be the truly “legal director of the judicial investigation” with a vocation to comply with the legal guarantees therein.

However, the intent of the reform is not to overshadow the Judicial Police. Neither the reform provides for, in general, the organic dependence of the Judicial Police with respect to the Prosecutor’s Office, as it continues to depend on the Ministry of the Interior or the corresponding Administration, nor does the Police lose its autonomy and own initiative. The latter is due to the fact that the Police maintain their capacity and independence to investigate the facts of the complaints that are raised before reporting to the Prosecutor’s Office. They can take the necessary steps to establish the facts and try to identify the person responsible, in an initial investigation or inquiry. Let us not forget that one thing os that the Judicial Police has to send the report to the Prosecutor and another thing is that it is no longer allowed to carry out its previous investigative activity.

Is this reform really going to bring about more independence for the Public Prosecutor’s Office from the Executive Branch?

The reform establishes that the Prosecutor will act only linked to the Law and with absolute objective impartiality. Since the Prosecutor becomes the protagonist of the factual investigation in cooperation with the Judicial Police, and this is done exclusively, they can only act strictly linked to the Law and in an impartial manner. At stake is the validity and legality of the investigation proceedings as the basis of the accusation trial that the Prosecutor will formulate in the Indictment.

The investigative role of the Public Prosecutor

Of course, the reform conceives a Prosecutor whose investigative activity is embellished by organizational autonomy. Both the responsibility and, fundamentally, legality of the Prosecutor and of the Judicial Police.

The Prosecutor’s Office will not only have their own organizational autonomy, for example, to divide the work between Prosecutors according to their respective specialties. But it will also have the power to organize the Judicial Police, as it must issue general guidelines to them. That way the objectives of the police investigation will be defined, as well as the ways and means of acting or investigating crimes will be established. In short, the reform aims at achieving a true autonomous Prosecutor when it comes to organizing the manner and form of the criminal investigation.

However, and in line with the above, if the Prosecutor is autonomous, he or she will also be responsible for the result of the investigation. Above all, of its legality. Prior to the Oral Trial, their work will have to be legally screened by two different Judges who shall be unrelated to the investigative activity: the Supervisory Judge, who shall preserve that the investigative activity does not contravene fundamental rights, and the Preliminary Hearing Judge, who will make the decision as to whether the evidence collected by the Prosecutor can serve as the basis for bringing criminal charges against an individual. An unscrupulous prosecution investigation or one that contravenes the rights and guarantees of the person under investigation may be dismissed by the judge.

What do you think about the fact that the role of the pre-trial investigation falls exclusively on the Public Prosecutor, with the protection of the rights and freedoms of the accused being entrusted to a supervisory judge? How will it affect the different processes?

The reform indeed proposes is that it is the Prosecutor who makes the decisions during a first phase of the factual investigation, which should not last more than a year. And the judge shall be the one who decides whether the cause evolves and what procedures are carried out. The role of the judge is that of a Supervisory Judge responsible for ensuring that the rights of the person under investigation are not infringed in said investigation.

The good nature of the system cannot be concluded now. It will depend on how the judicial control is carried out in practice by both the Supervisory Judge, by avoiding the infringement of the right of defence entailed by the investigative activity (if any), as well as the Preliminary Hearing Magistrate, responsible for reviewing the legality and incriminating capacity of the evidence collected.

A priori, the investigating Prosecutor’s system cannot be understood as either good or bad. This will depend on the efficiency and solvency of the limit system established for such activity. In any case, it must be borne in mind that the Investigative Prosecutor model is the one generally implemented in neighbouring countries in respect of which, as of today, we are an obvious anomaly.

Autonomy in the reform of the Public Prosecutor’s Office

Some jurists assure that it is difficult to imagine “a Prosecutor’s Office that functions without a unity of action and hierarchical dependence. They warn that the fact that “the future investigating prosecutor has the same independence of a judge” cannot be conceived. Do you agree?

What do you think about the fact that former Justice Ministers, despite the fact that they support the reform of the Criminal Procedure Law, now request that the election of the Attorney General does not fall on the Government?

The role that our system has reserved for the State Prosecutor General is undeniably important. Undoubtedly, it is not the best that their inherent legitimacy is traditionally questioned by the way in which their election is foreseen. It is true that, in the vast majority of cases, the different people who have held the position have managed to overcome the inevitable initial controversy with legitimacy achieved through its exercise. But it would be good news if consensus was reached on a formula by which the appointment of the State Attorney General would be left out of the partisan struggle.