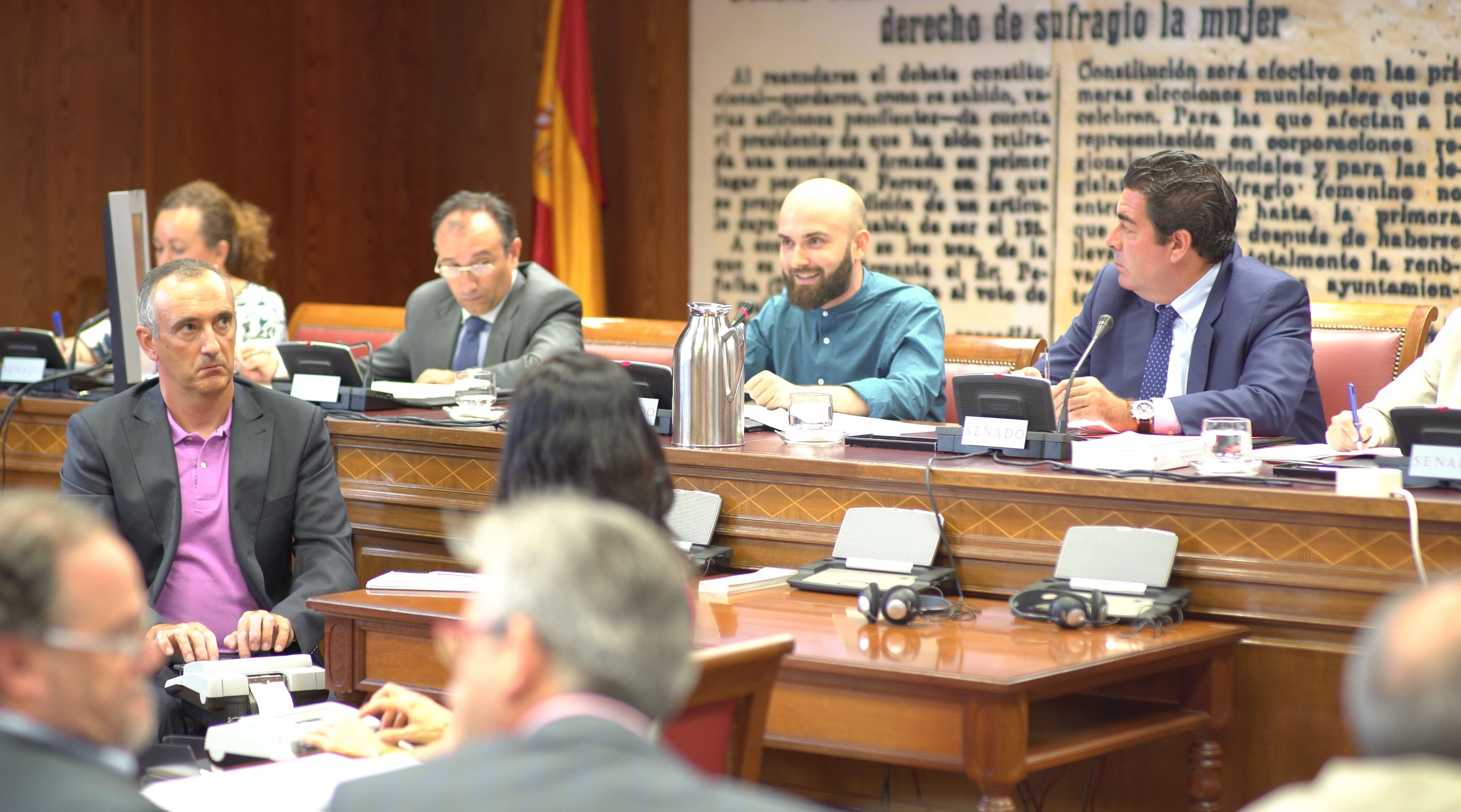 The film’s director, Miguel Ángel Font, a CEU Audiovisual Communication graduate, appeared before the Culture Commission of the Senado, the upper house of the Spanish parliament.

A short film which can be experienced via the five senses and a new way of understanding the meaning of inclusiveness in cinema: that is Xmile. This short film was made by a CEU UCH Audiovisual Communication graduate, Miguel Ángel Font, who was invited to speak to the Culture Commission of Spain’s Senate to tell them about his work. It’s all about accessibility and inclusiveness and it was praised by all the political groups represented in the upper chamber. This approach is also being studied by the CEU UCH’s Communication and Disability Research Group (GIDYC), led by Dr Josep Solves.

In his thirty-minute appearance, Miguel Ángel Font explained to the Senate how his multi-sensory film Xmile managed to attract an audience that would not normally consume cinema, as it is inaccessible to them. The experiencing of this short film via the five senses by those with sensory difficulties is being studied by the CEU UCH’s GIDYC group, with the results of this research being presented in the near future.

The PP senator Marta Torrado congratulated Miguel Ángel Font for his work on this issue and thanked him for enabling people with visual or auditory disabilities to enjoy cinema. The PSOE senator Félix Montes acknowledged the proposal made by Miguel Ángel to ensure that the criterion of accessibility is taken into account for film production grants. The senators speaking on behalf of the PNV and Podemos also thanked Font for accepting the invitation to speak before the Senate and for his efforts to extend the cinematic experience to a wider range of the population, by means of including those who are not normally able to enjoy this form of culture.

Read an interview with Miguel Ángel Font on his appearance at the Senate, in Actualidad CEU.