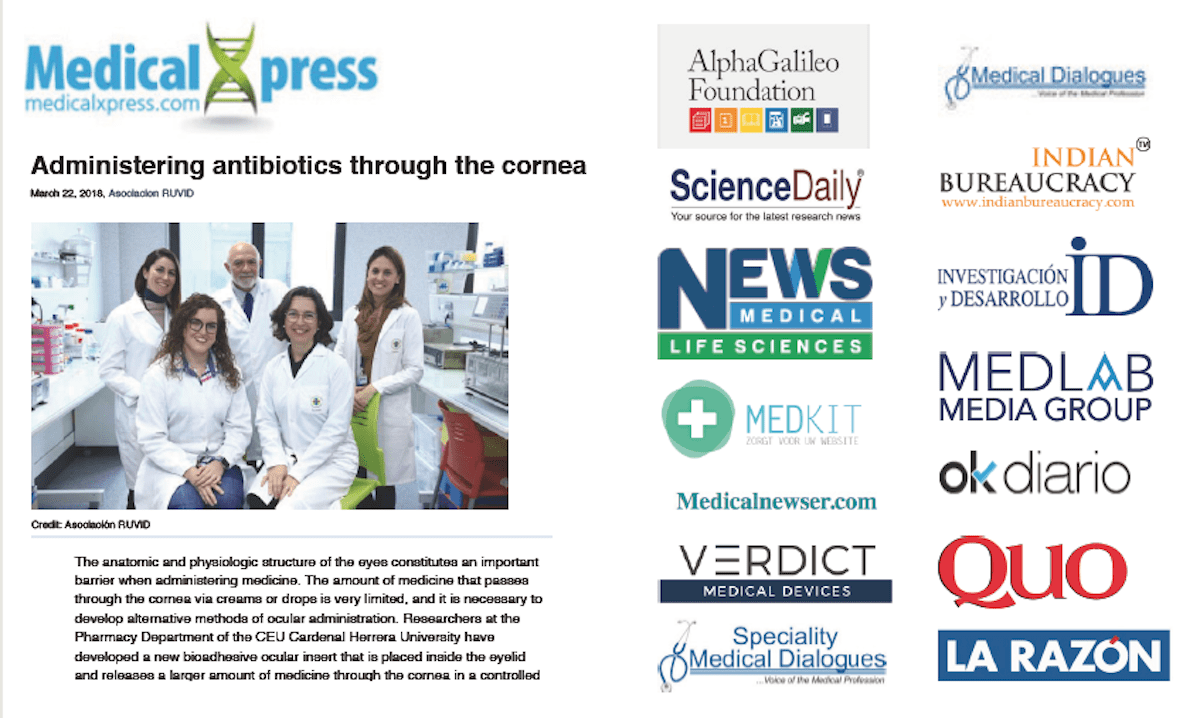 The latest research advances made by two Health Sciences research groups from CEU Valencia is being spread on an international level by both traditional and social media.

An Australian neurosurgeon, British newspaper The Daily Mail, a sports medicine clinic in Manhattan, a bank for eye tissue transplants in Los Angeles, the New Delhi medical journal Medical Dialogues, the research centre Miracles in Sight in North Carolina… Between February and March, 26 of the worlds media, along with the Spanish press, professional social media profiles, researchers and scientific journals have shared the advances in the analysis of the effects of curved shoe soles on lower back pain and the design of an eyepiece that can administer antibiotics through the cornea, both developed by research teams at CEU Valencia. From New York to New Delhi. From the United Kingdom to Australia. The publication of our research is crossing borders.

Thanks to the Unit of Scientific Communication and the Service of Corporate Communication at CEU Valencia, in collaboration with the Network of Valencian Universities for Research and Development (RUVID), the research of Physiotherapy professors Pablo Salvador and Juan Francisco Lisón along with UV professor Daniel Sánchez and 4 students studying a Masters in Sports Physiotherapy at CEU UValenciaH has been published by 14 international and 16 of the national medias.

The British newspapers The Daily Mail and The Yorkshire Post; the Massachusetts College of Pharmacy and Health Sciences newsletter Medium (United States); and international scientific journals News Medical, Science Daily, MedicalXPress and Before it’s News, along with others, have published the conclusions of the research done by the team at CEU UCH who were interviewed by the Medical Research journal.

On Twitter, the Clinicube clinic in Manhatten (New York) and Australian neurosurgeon Paul S. D’Urso shared the news from some of these journals on their profiles. As well as this the Internet Medical Association, from their IMA Family Medicine account (@_familymedicine Family); Journal The New Science (@NewScienceWrld) who have more than 80,000 followers across the world and the Back Pain MD association @BackPain_MD, with more than 13,000 followers shared the advances that the CEU UCH research group has made with regards to curved sole shoes and lower back pain. (See the international broadcast of the research on Twitter).

Antibiotics through the cornea

The research of the Dean of the Faculty of Health Sciences, Alicia Lopéz Castellano, which resulted from the doctoral thesis by María Sebastián, and the coáuthors who are also research professors: María Aracely Calatayud, Vicente Rodilla and Cristina Balaguer has been published beyond the 24 Spanish media channels but it has also resonated in the 12 of the worlds international medias. Amongst them, the journals MedicalNewser and News Medical in the United Kingdom and Australia; the Daily Medical News and Medical Dialogues in India; and the Medical Device Network. The were also interviewed by the Argentinean radio show at the Universidad Nacional de Mar del Plata for the program Calidad de Vida(Quality of Life), by scientific journalist Silvaba Buján. (See publication in in international media on the research on the administration of antibiotics through the cornea). 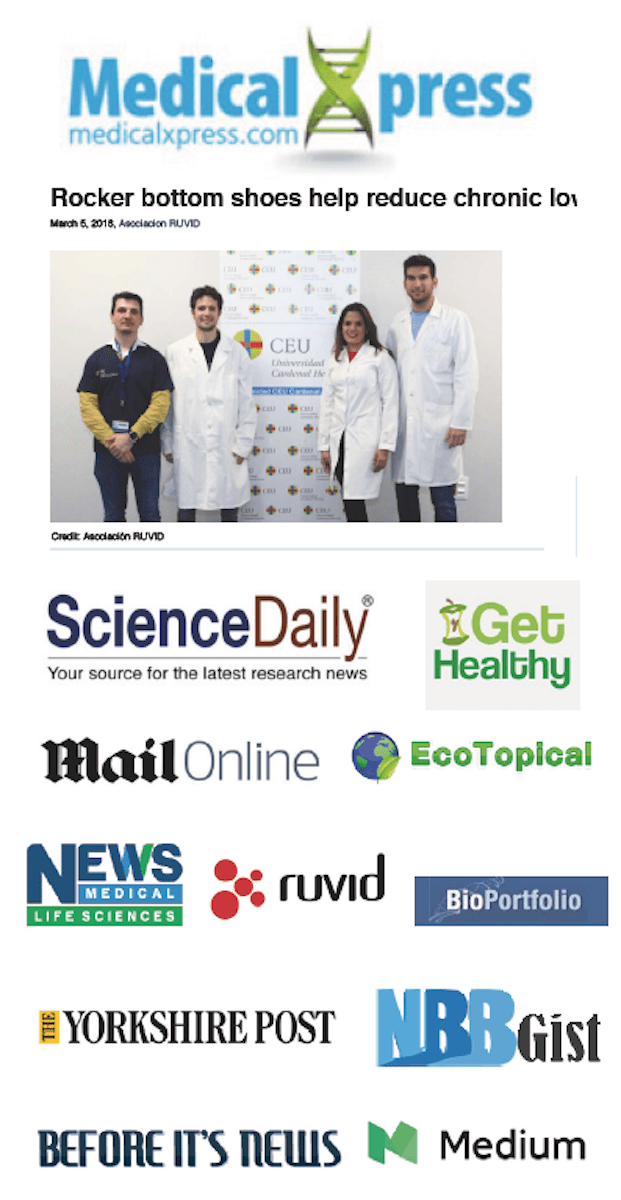 There are also numerous Twitter profiles across the world, many of which in the United States, have shared this and other news about the research at CEU Valencia which is making progress in the administration of antibiotics in the eye by putting a soluble insert on the cornea. Some of them include the Southern Eye Bank (@SouthernEyeBank), the bank of eye tissue donations for surgery in Los Angeles (California); the centre of research on themes related to vision Miracles In

Congratulations to the CEU Valencia researchers – professors, PHD students, postgrad students -, for the worldwide interest that has arisen around your research on the past two months.