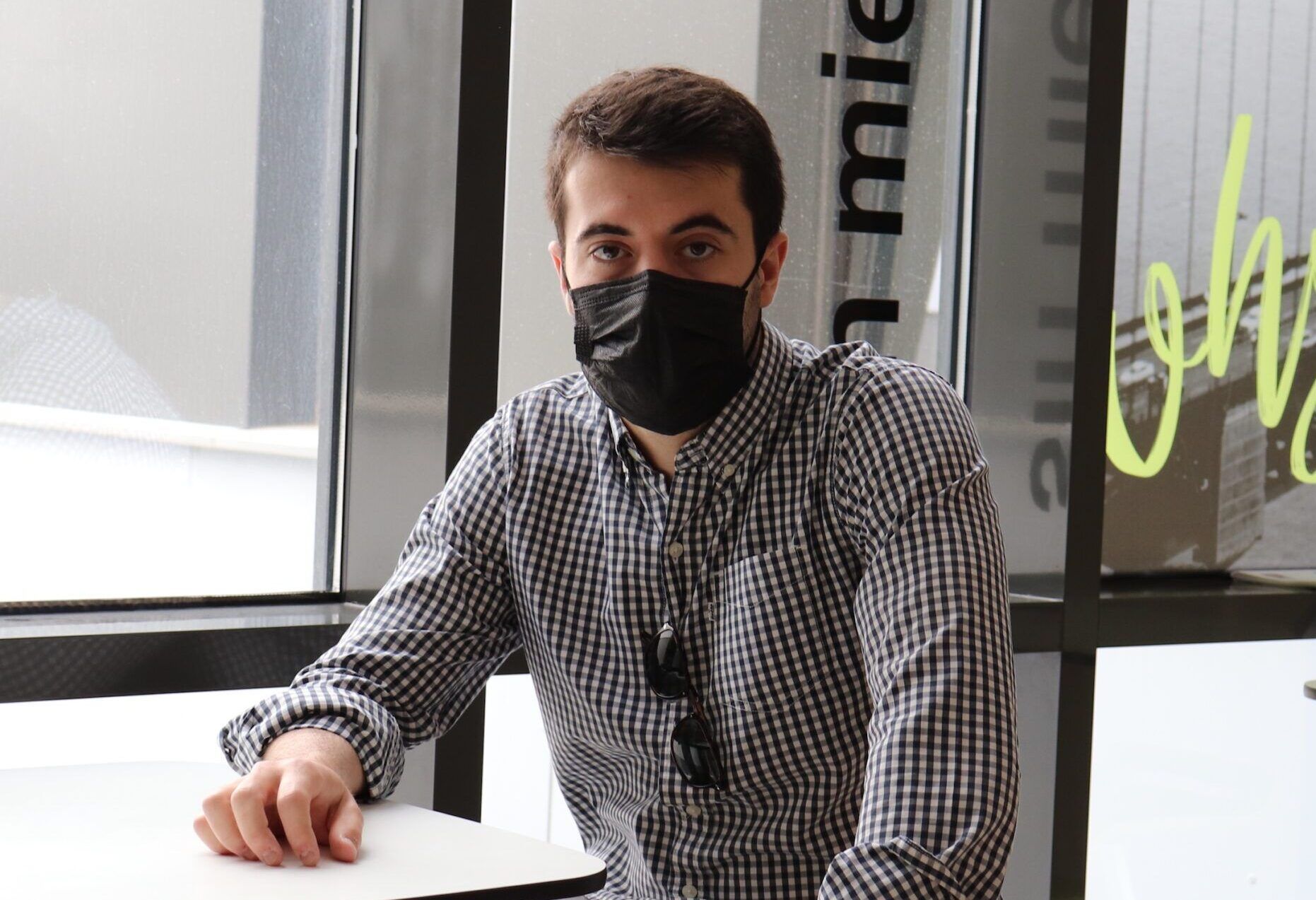 Andrés Grau Echevarría is a medical doctor, trained at the CEU Cardenal Herrera University in Valencia. After graduating in Medicine and receiving an award for outstanding academic achievement during his degree, Andrés was ranked 33rd out of the 14,000 junior doctors undertaking the exam to enter specialization training in Spain, the MIR. And his dream of becoming a dermatologist is now that bit closer.

Warm, sincere, empathetic and down to earth, Andrés wants to do his work in the consulting room. He wants to provide real solutions to real people, and be in direct contact with patients.

The clinical placements. Especially when I worked in a service whose medical professionals were really concerned to ensure I got the right training.

One I did at IVO [a cancer centre in Valencia]. I was working alongside a CEU lecturer and he devoted a lot of time to my training. Before we saw a patient, he gave me the full background so that I could understand what was happening. Then the appointment would begin and he would explain everything. At the Arnau Hospital as well, I had two really good placements focused on respiratory medicine and gastroenterology. But the best ones were on dermatology at the Arnau Hospital and then later at the Quirón Hospital.

It happened just as I was working on my end-of-degree project but I didn’t see a big change at that time. Then to prepare for the MIR exam, I spent eleven hours a day studying and teaching went online, with live chat, and there the difference was bigger.

“There are medical professionals who are really committed to their work and yet are suffering burnout because of the harsh conditions they’re working in.”

I always knew that the sciences rather than the humanities was my area. I was interested in health and then, when I was sixteen, I got a whitlow from playing too much football and it got quite bad. My uncle took me to the hospital, I got it fixed, and I was fascinated by the whole process. That was when I decided to study medicine.

Yes, I’m very happy with CEU. When I chose to study medicine, I had the grades to go wherever I wanted. I chose CEU because being able to study in English gave it that bit of extra appeal. And the degree programme here includes preparation for the MIR exam from the early years, and that was a big benefit that I took full advantage of. And it’s also true that I really feel at home at CEU too, of course.

“Medicine is the most rewarding degree, but you have to realize that there’s a lot of studying to do. You have to be ready for that.”

Medicine in Spain is a tough degree. You have to study a lot and sacrifice other things. You can’t just think you can get by doing the minimum, because when you graduate you’ve got the MIR exam. There aren’t many opportunities out there if you don’t do the MIR exam and they’re usually short-term ones. Between 14,000 and 15,000 people sit the exam, so the competition is fierce. If you just focus on doing enough to pass your exams every year, you may not do well enough in the exam to get a training place for specialization.

Congratulations Andrés and the best of luck!