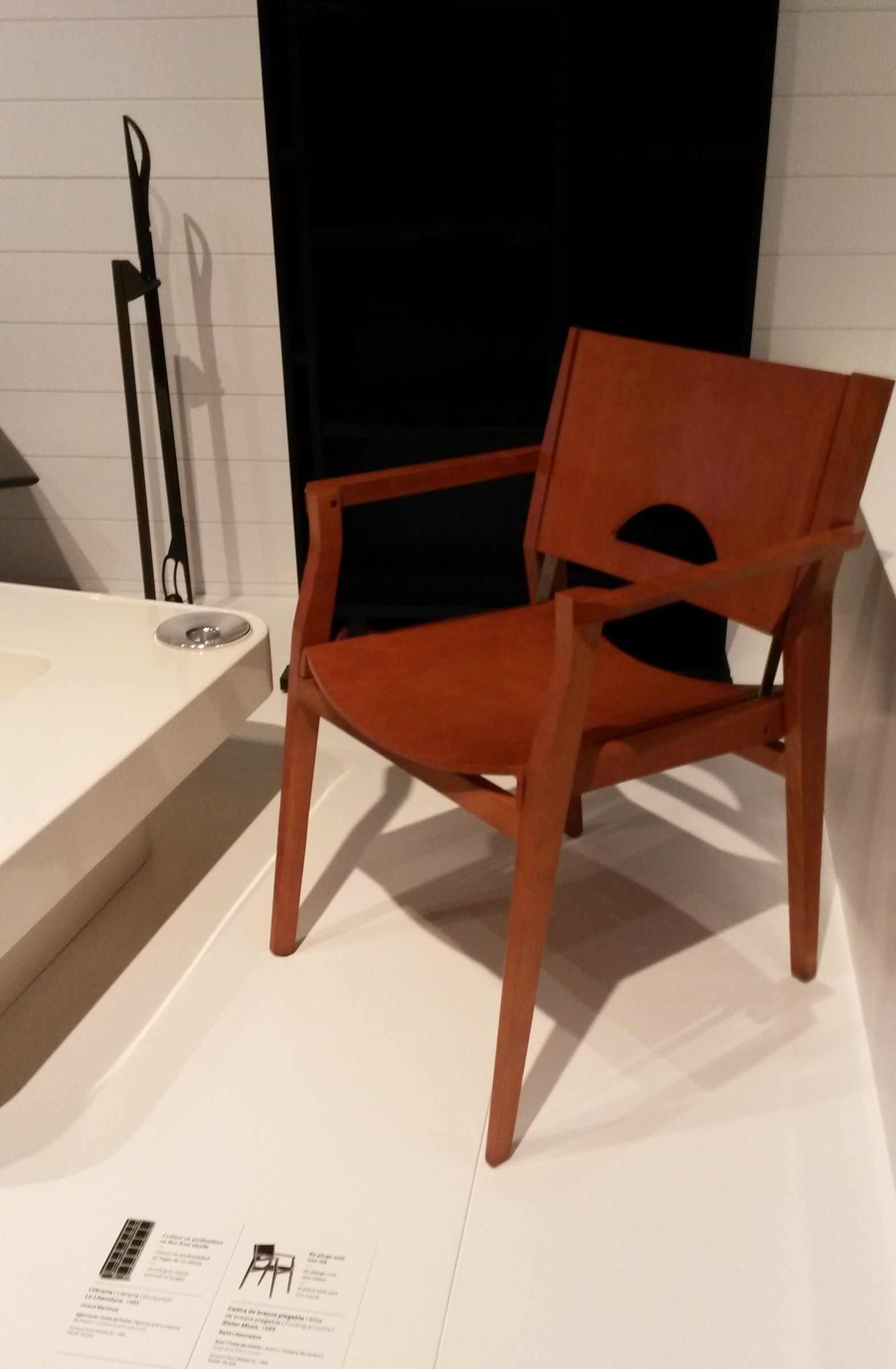 The Design Museum of Barcelona, which opened past month, includes a chair named Sister Moon in its permanent collection. The chair is a work by Manuel Bañó Hernández and Marcelo Martínez Lax, who both teach at University CEU Cardenal Herrera. Bañó, a designer, teaches in the Bachelor in Industrial Design Engineering; Martínez Lax is professor in the Master in Product Design. The chair is now on display in this new museum, where it forms part of its permanent collection, titled ‘From the World to the Museum. Product Design, Cultural Heritage’. It is the definite recognition that this chair is an iconic object that since 1930 has formed part of our daily lives.

Water faucets, cars, blenders, furniture and the like. The exhibition gathers all kinds of objects that together make up a sample of the best in Spanish design from the last decades. “This museum shows that Design is the engineering of the Humanities,” Bañó points out. Regarding Sister Moon, the chair that is now part of the cultural heritage in the field of design, he says that the goal was to design a folding chair that because of its interior use would not seem as such, which due to its armrests would be comfortable, and in which wood would be the essential material.

To tackle this challenge, Bañó and Martínez Lax disregarded the folding systems that are common for this type of furniture and developed a new axis system with invisible fittings that make it possible to fold the chair without affecting its aesthetics. Sister Moon, the chair that is now a museum piece, was designed in 1989 and was made out of beechwood by the Valencian company Punt Mobles. It has a seat and backrest out of curved plywood board.

The Design Museum of Barcelona, which opened to the public past weekend, occupies 6,000 square meters in the Design Hub Barcelona, and the Sister Moon chair by Bañó and Lax is already on display. The permanent collection is composed of several other collections that for years were on display in different parts of the city, such as those of the Museum of Decorative Arts, the Museum of Ceramics, the Museum of Textile and Clothing and the Graphic Arts Cabinet. All together, the permanent collection consists of more than 70.000 pieces, which have been sorted in four disciplines: Product Design, Cultural Heritage, Collections of Decorative and Author-Centred Art of the third to the twentieth Century, the Clothed Body, Silhouettes and Fashion, and Graphic Design: from Trade to Profession. Entrance to the museum will be free until January 31.

Sister Moon is on DesignPedia.