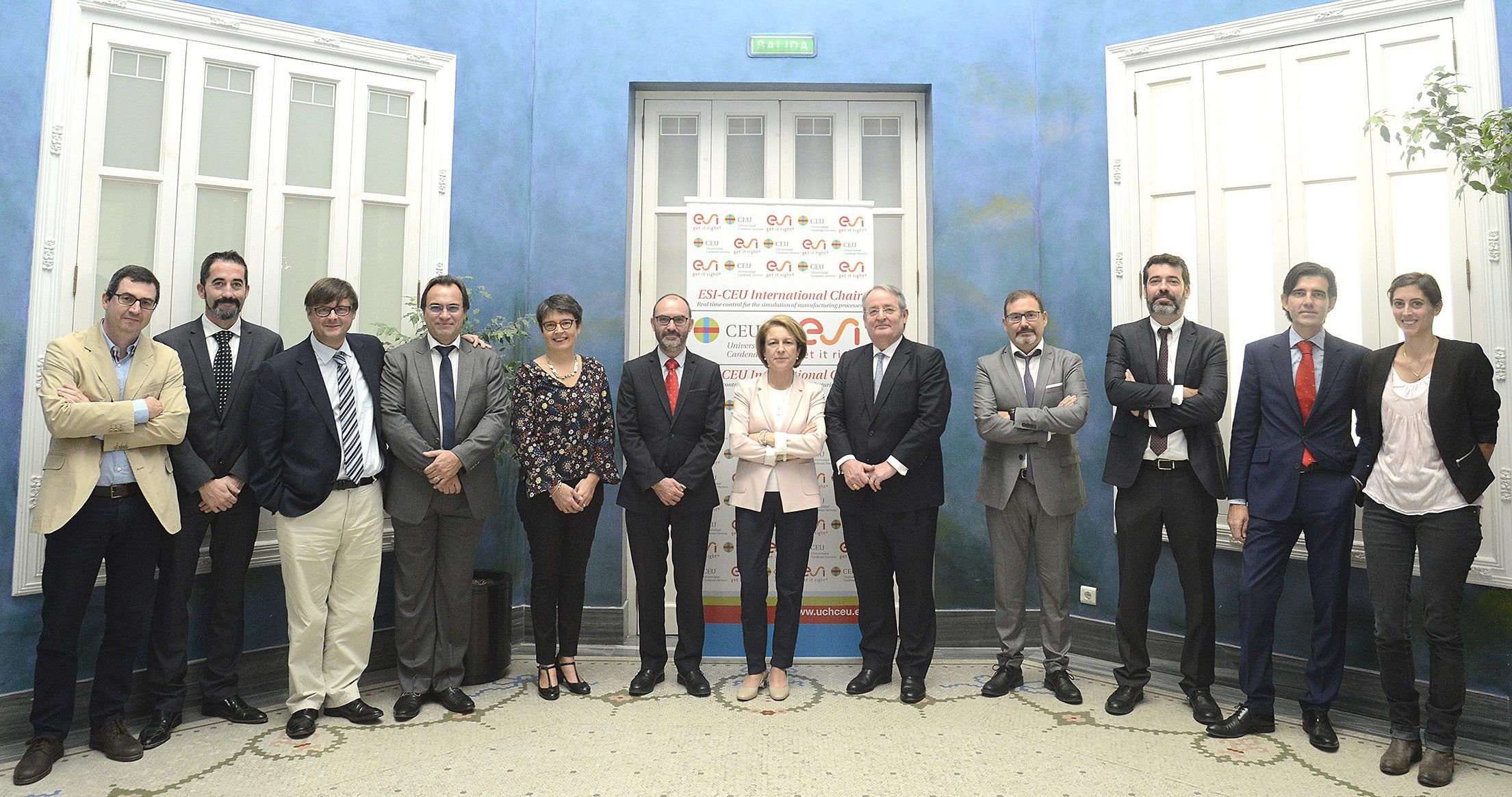 The ESI-CEU Chair, dedicated to the development of mathematical models for manufacturing simulation, is directed by professor at CEU Valencia Antonio Falcó

University CEU Cardenal Herrera and French multinational ESI Group have joined forces to create the International Research Chair “Real time control for the Simulation of Manufacturing Process”, dedicated to the development of mathematical models for real-time control of numerical simulation in manufacturing processes. ESI Group, world leader in the development of this type of virtual prototypes to simulate industrial manufacturing processes, will finance during the next six years the research work of this International Chair, directed by CEU professor Antonio Falcó Montesinos. The Chair will have an annual budget of 100,000 euros for each of the six years of work. CEU UCH Rector Rosa Visiedo and ESI Group CEO Vicent Chaillou have signed a collaboration agreement in Valencia for the creation of this new Chair.

According to Professor Antonio Falcó, head of the ESI-CEU Chair, “the main objective is to achieve a significant technological leap in the field of virtual manufacturing of new materials and industrial products. This will allow us to reinforce scientific knowledge within the numerical modeling of processes. With this new Chair, CEU Valencia and ESI intend to consolidate their leadership both nationally and internationally in the field of numerical simulation of processes for the fabrication of materials and structures”.

The research of the ESI-CEU Chair focuses on the proposal of new computer models, based on numerical techniques and methodologies with strong predictive capacities, that allow “to replace the physical manufacture of prototypes with a replication Virtual manufacturing, to test its viability by reducing economic costs, materials, environmental, etc. On the progress achieved under this proposal is the main benefit for the industry and society in general, adds Professor Falcó.

The design of robotic systems and processes and the development of new composite materials will be two of the main areas of work of the ESI-CEU Chair, within the framework of real-time control in the simulation of manufacturing processes. The Chair will coordinate its activities with researchers from the ESI chair at the École nationale supérieure d’arts et métiers (ENSAM) of the Sorbonne in Paris, and the ESI Chair at the École Centrale in Nantes.

Head of the Chair

Antonio Falcó, head of the ESI-CEU Chair, is the principal researcher of the Group “Computational Methods in the Modeling of Physical Processes”, composed of a dozen researchers from both CEU and other Spanish and international universities. In 2013, he was selected by the Spanish Ministry of Economy and Competitiveness to be part of the COST network action management committee for scientific cooperation in Europe, called EUropean MOdel Reduction NETwork, composed of 52 researchers from 15 EU countries, in addition to Russia and the United States.

France-based ESI Group is present in more than 40 countries and is one of the world’s leading companies in the development of virtual prototypes for realistic simulation of industrial manufacturing processes. Through this Research Chair with CEU UCH, ESI Group will be able to expand its virtual prototyping software platform by modeling and using numerical methodologies with great predictive capabilities, which optimize manufacturing methods and processes in mechanical industries.