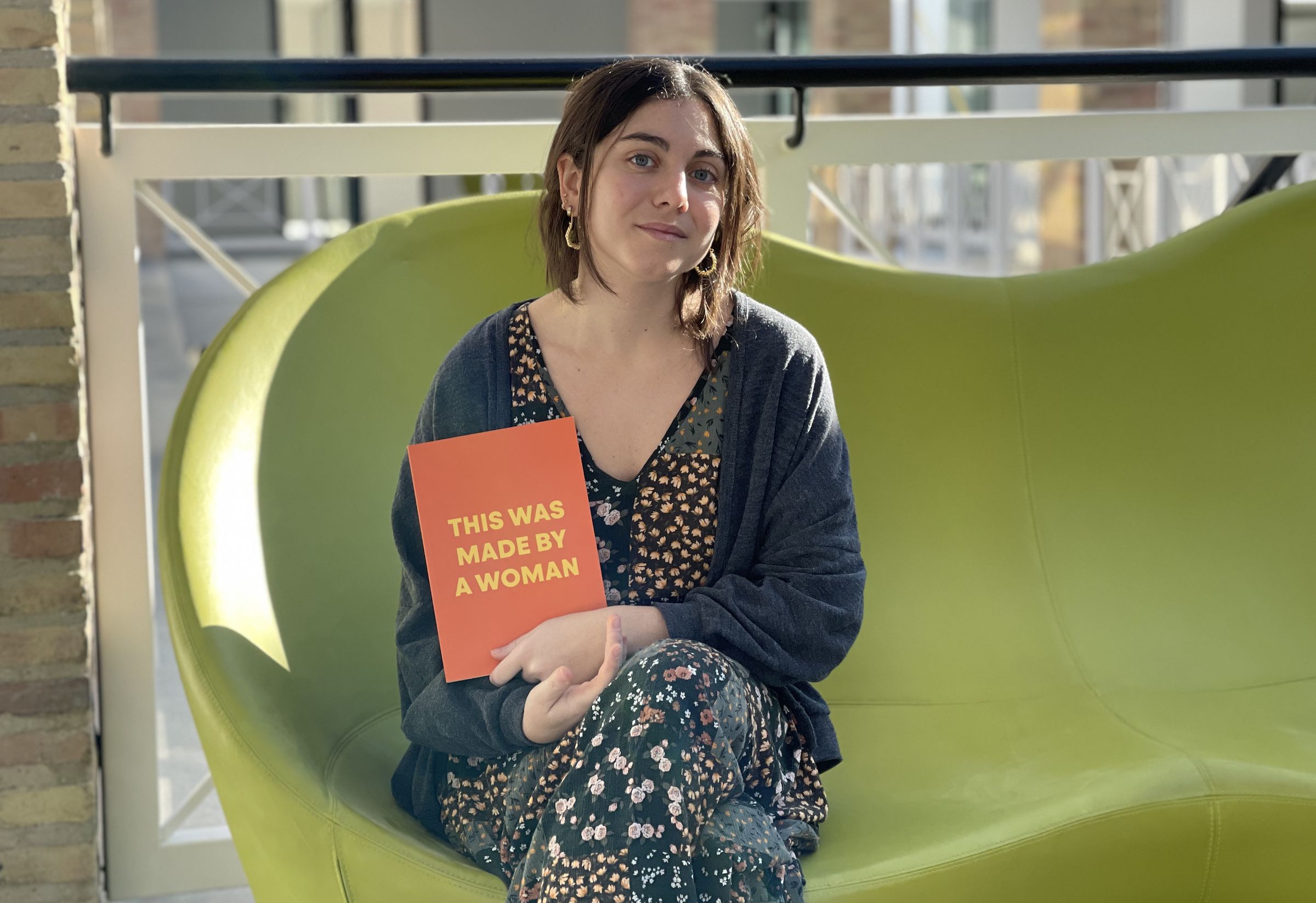 Sara Antolín’s end-of-degree project on the Master’s Degree in Design and Graphical Communication at CEU UCH focused on women who, despite being little-known, have had a key impact on the design profession – a theme she will revisit in the “Design in Feminine” section of the World Design Capital Valencia 2022 event.

A graduate of CEU UCH’S Master’s Degree in Design and Graphical Communication, Sara Antolín will participate in the “Design in Feminine” section of the World Designed Capital Valencia 2022 event (WDCV 2022). A freelance graphic designer, Sara Antolín completed her Master’s Degree in Design and Graphical Communication this year at the CEU Cardenal Herrera’s Design School in the best possible way: with a Distinction (matrícula de honor) for her end-of-degree project entitled “This was made by a woman”. On International Women’s Day, Sara told us about what motivated her to focus on these forgotten women designers, whose work has sometimes been either subsumed into that of their partner’s, or simply ignored, and yet which has been crucial for modern graphic design. Women have designed our road signs and some of our best-known brands: these are the names that Sara Antolín wants to bring into the spotlight.

She is currently working on her contribution to the “Design in Feminine” section of the World Design Capital Valencia 2022 event (WDCV 2022) and she is the communications officer for ADN cerámico (“Ceramics DNA”), a WDCV 2022 project coordinated by Ana Illueca. She has lived in New Zealand and worked for companies such as Porcelanosa, Uniplaces and Visionalley. In this interview, we learn more about her, a woman designer studying the lives of women who are her role-models.

Sara, when did you first feel a passion for graphic design?

I think it’s something I’ve always felt. When I was little, I was only interested in toys that had to do with craft or painting really. But despite the fact that I knew what I was interested in, it took me a few years to find out that it had a name, that it was a profession, and that it was all about providing solutions to communicative problems. I still think that the profession of graphic design and the impact it has on our lives every day is little understood.

Tell us about the final part of your Master’s degree in Design and Graphical Communication, your end-of-degree project. Why did you decide to focus on key women in the profession?

The title of my end-of-Master’s degree project was “This was made by a woman”, because the aim was to identify those female role models that I hadn’t had, and to raise awareness about them. I studied law and business management at university, but it wasn’t until a few years into my degree that I wondered why I’d chosen that when I knew that I wanted to work in a creative profession. The truth is that I didn’t feel I could study something creative, because of the fear of not being good enough, of failing. And why would I not feel that when I didn’t have any role models that could show me otherwise? I didn’t have something to aspire to, a person to look up to, women who could be my role models. That’s why I wanted to put the spotlight on them in my end-of-Master’s degree project.

What would happen to design if it was just carried out by one of the sexes?

A single-sex industry is undesirable for any industry. But in the case of design, you’d be trying to innovate, grow and develop while creating more inequality, because you wouldn’t be meeting the needs of half the population. And, in some ways, that is what has been happening up to now. But it’s difficult to really be aware of something when you’re used to it, because it’s always been there. I think the design industry has been monopolized by a masculine view of the world, leading to systematic ignorance of women’s needs. 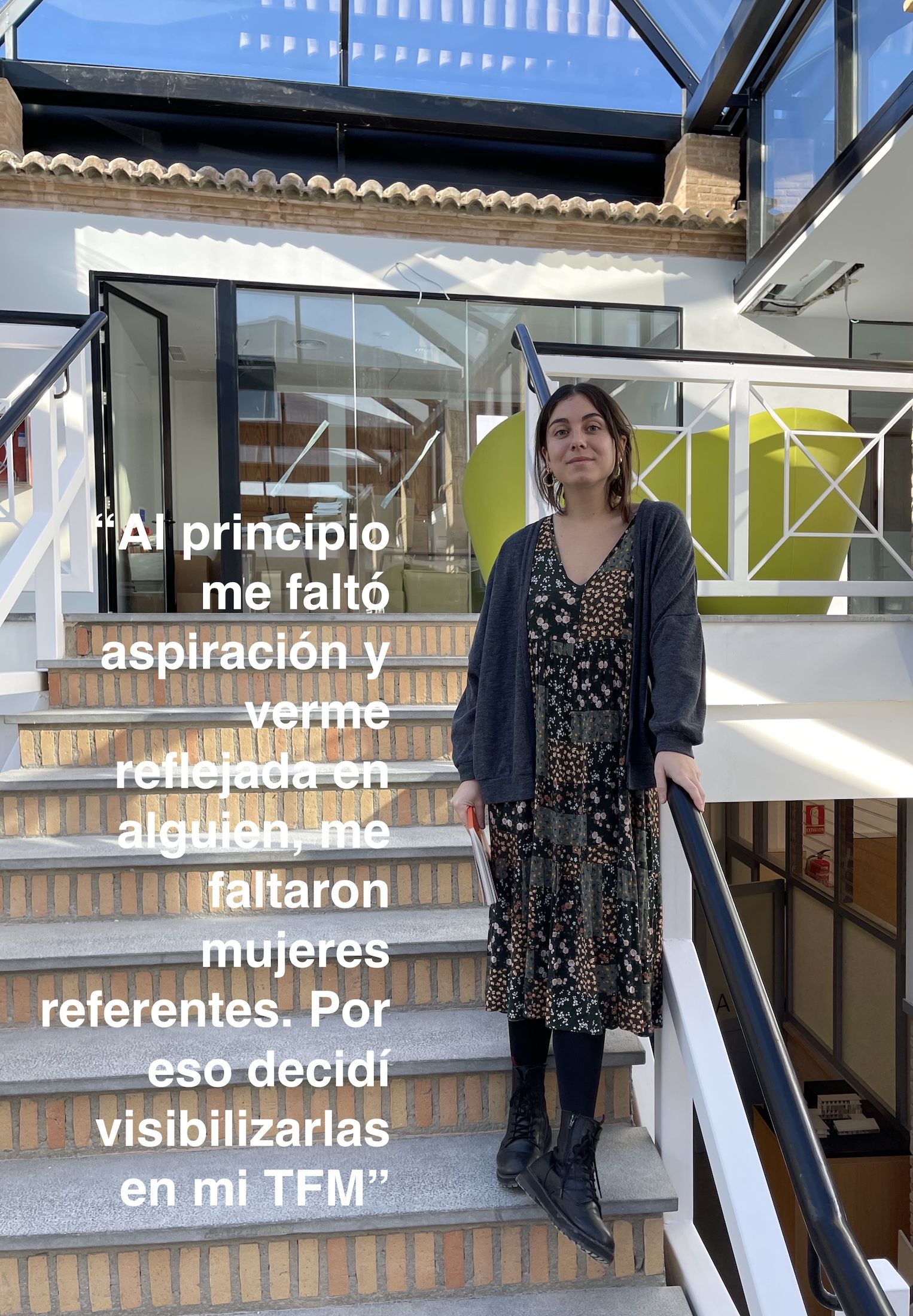 Your study contains some really surprising information about women in the profession who have worked in the shadows. What role have they played?

That role, of women working in the shadows, is a common one in the design world. In the case of women who were the personal and professional partners of a great male designer, the woman was known in that way, as his partner, using his surname, of course. Or in other cases only the male designer was given recognition, and not the woman, with examples being Aino Aalto and Alvar Aalto, Charles and Ray Eames and even Saul Bass and Elaine Bass.

What do they represent for you, these role models and examples of important women in the design world, who you’ve highlighted in your project?

I think that the society we see today would not be the same without the contributions these women made through design: these include things which have made a huge impact and have saved lives, such as the road signs we currently use, which were created by Margaret Calvert, and even iconic logos like Nike’s, which was made by Carolyne Davidson. 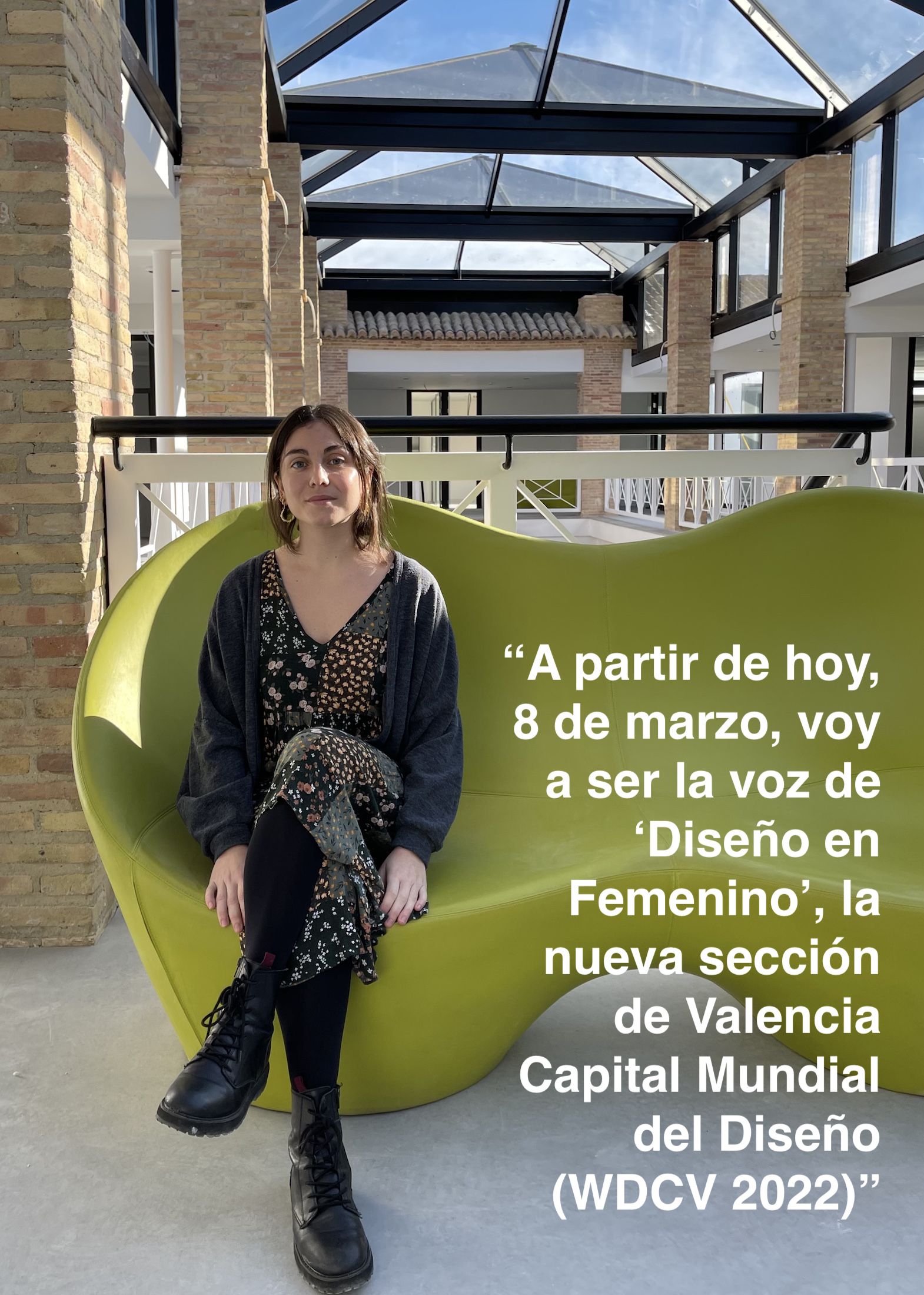 How could we tackle this inequality in the design world?

The first step to making a change is to recognize that there’s a problem. Once you accept that there’ve have always been women there, but that they’ve been hidden, that it’s not that women lack the skills required, but rather the opportunities, then everything becomes easier. A change in the current representation model is inevitable and it’s something we’re already seeing. Initiatives like this one, putting forward well-structured arguments, telling personal experiences, celebrating women’s achievements and highlighting the importance of the female perspective in design are all things that will gradually have an effect.

So, what’s the next step for this project?

I want to keep on telling all the stories about women in design that I’m discovering and should be better known. From today, 8th March, International Women’s Day, I’m going to be the voice for the new section of the  World Design Capital Valencia event (WDCV 2022), entitled “Design in Feminine”. We’re really excited about launching this section, and the aim is to showcase some of these role models, to present and reflect on the issue and to achieve real social awareness of the fact that design is something that can and should be used for the common good and can’t be just controlled by the few.

[GH1]At first, I didn’t have something to aspire to, a person to look up to, women who could be my role models. That’s why I put the spotlight on them in my project.