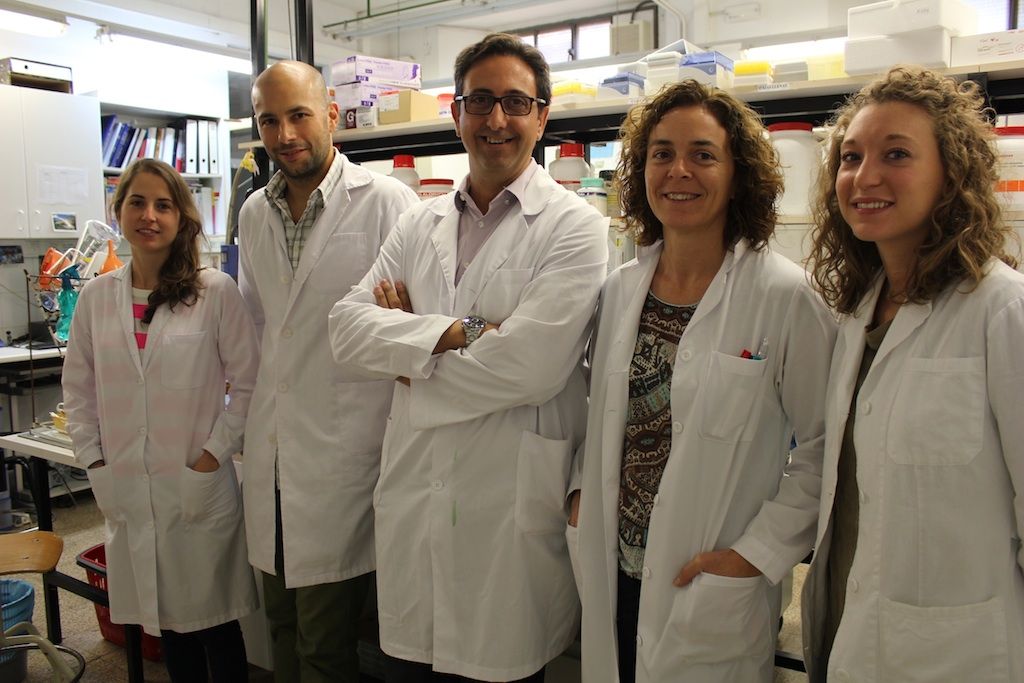 The combination of the two therapies has proven to be a new effective neuroregenerative strategy for the creation of blood vessels in damaged areas of the brain.

Researchers of CEU Cardenal Herrera University (CEU-UCH) for the first time transplanted bone marrow stem cells into damaged brain tissue while applying lipoic acid (a potent antioxidant), with the aim of improving neuroregeneration in the tissue. This new way of repairing brain damage, which combines cellular treatment with drug therapy, has shown positive results, especially in forming blood vessels (a process called angiogenesis) in damaged areas of the brains of adult laboratory mice. Angiogenesis is a process that is essential to the recovery of damaged neural tissues. The investigation was led by José Miguel Soria López, deputy director of the Institute of Biomedical Sciences at CEU-UCH, and its results were published in the international medical journal Brain Injury.

Professor Soria, who is affiliated to the Department of Biomedical Sciences at CEU-UCH, heads the investigative group ‘Strategies in Neuroprotection and Neuroreparation’, which carried out the investigation in cooperation with the Andalusian Molecular Biology and Regenerative Medicine Centre (CABIMER), located in Sevilla, and the Mediterranean Ophthalmological Foundation, located in Valencia. The research team used the experience they obtained from their previous investigations on the neuroregenerative efficiency of lipoic acid to develop a new remediation strategy for patients of brain damage. This new therapy combines the transplantation of bone marrow stem cells into the brain – in this case, the brains of adult rats – with the administration of the potent antioxidant lipoic acid.

Lipoic acid is already used in the treatment of degenerative diseases such as multiple sclerosis or diabetic neuropathy. Professor Soria concluded from previous researches he conducted at CEU-UCH that it has the ability to increase the creation of blood vessels, which speeds up cerebral immune response after an injury and stimulates the restoration of damaged tissues. Several other researches, for their part, proved that after brain damage stem cell therapies using a patient’s own bone marrow induce functional improvements. The two therapies – one cellular; the other one pharmacological – were both applied in this research so as to evaluate their combined effect.

Angiogenesis – the process that forms new blood vessels – in the treated neuronal tissue began only eight days after the application of this new, combined therapy. CEU-UCH professor Soria says that “although bone marrow stem cells disappear from the brain tissue where they were transplanted after only 16 days, new cells keep forming. To put it another way, brain tissue is regenerated by new cells that appear in the brain as a result of stem cell transplantation. This proves the regenerative efficiency of the new combined therapy.”

The research also shows how the blood vessels that formed after the treatment grow into the damaged area of the brain. “They act as a kind of scaffolding to that area that allows microglia cells to migrate,” professor Soria says. “In the damaged area, they contribute to regeneration.” He adds that “the application of both treatments results into high angiogenic activity, which is crucial for an efficient recovery of the damaged brain area.” According to Soria, “the laboratory mice that recovered fastest from brain injuries were those that had a higher density of regenerated blood vessels.”

Taking into consideration brain damage is, especially among children and adolescents, one of the leading causes of disability and death in the developed world, the good results that were obtained from the combination of the two therapies make the research team very hopeful. “Combining an antioxidant such as lipoic acid with bone marrow stem cells has proven to be an effective remedy,” Soria observes. The team plans to conduct future research into similar combined therapies.

The image above shows the transplant of bone marrow stem cells from transgenic mice under the effects of cerebral cortex after suffering local brain damage. Also visible is a neuroprotective drug therapy.

Professor Soria, a member of the CEU-UCH Department of Biomedical Sciences, is the lead investigator in the research team ‘Strategies in Neuroprotection and Neuroreparation’. The other members are CEU-UCH professors María Ángeles Esparza, Iván Zipancic, Sara Paradells y Beatrice Golin. The team received help from professors Francisco Bosch, member of the CEU-UCH research group in Physiopathological and Ocular Protection Mechanisms, and María Magdalena Martínez-Losa and Manuel Álvarez Dolado, both members of the Andalusian Molecular Biology and Regenerative Medicine Centre (CABIMER).

Soria’s research team previously conducted investigations on the use of antioxidants for the treatment of brain damage that were published in prestigious international scientific journals such as Neuroscience, Journal of Biomedical Materials Research and Clinical and Developmental Immunology. This new investigation, published by Brain Injury, was financed by the research aid program Ramón Areces and the Program for consolidated and preconsolidated research groups, managed by CEU-UCH and Banco Santander.