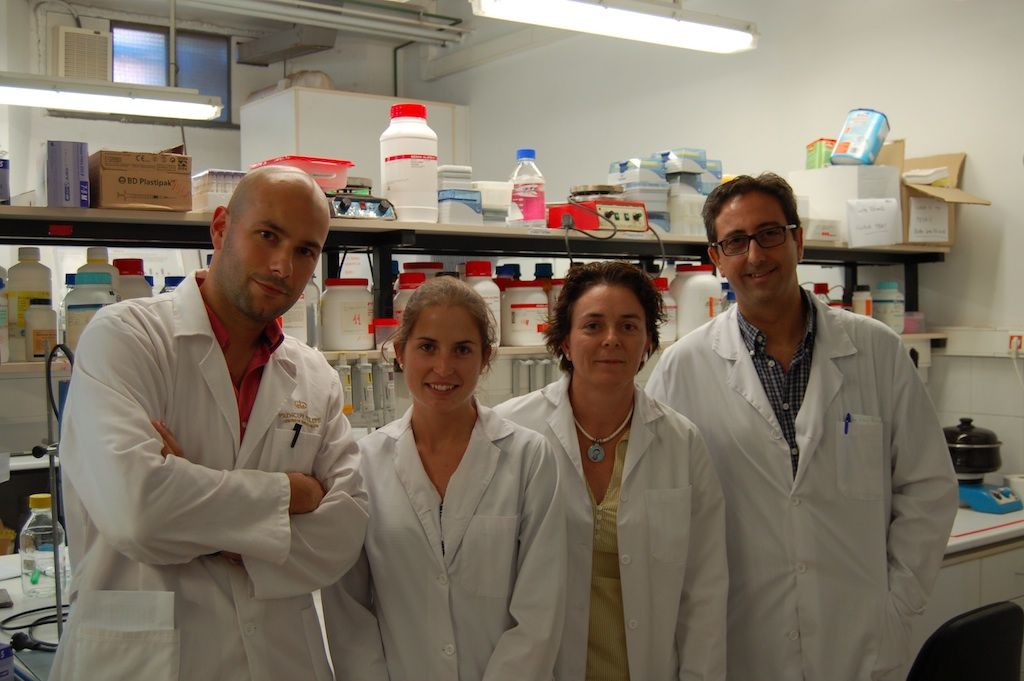 The research, carried out in the Faculty of Health Sciences of CEU Cardenal Herrera University, in cooperation with the University of Valencia, was published in the Journal of Applied Toxicology, an international medical journal

This is one of the first publications worldwide to research the effect of Ochratoxin A on the subventricular zone of the brain, which in the adult mammalian brain is where neurogenesis primarily occurs

Researchers of the Institute for Biomedical Sciences at CEU-UCH, in cooperation with colleagues of University of Valencia, showed through in vitro as well as in vivo experiments on lab animals the potential negative effect on neuroregeneration caused by Ochratoxine A, a mycotoxine found in many types of food, especially cereals and their derivatives. The study showed that Ochratoxine A deteriorates the formation of new neurons in the brain, a process called neurogenesis that, in particular, takes place in the subventricular zone, which in the adult brain is the largest of the neurogenic zones.

CEU-UCH professors José Miguel Soria, head of the research group ‘Strategies in Neuroprotection and Neuroreparation’ at the CEU-UCH Faculty of Health Sciences, and María Ángeles García Esparza, a member of the group, monitored the research, which was published in the Journal of Applied Toxicology. The authors further show that Ochratoxin A can accumulate in the brain, where it causes increased cellular decay in the neurogenic zones, which in turn affects the production of neural stem cells. As neural stem cells regenerate neural populations, a decreased production of these could be a crucial factor in neurodegenerative diseases.

García Esparza leads the research line ‘Effect of mycotoxins on neurogenesis in adult individuals’, which forms part of the CEU-UCH research group headed by professor Soria. The paper they wrote and which was published in the Journal of Applied Toxicology is the result of a long cooperation with professors Misericordia Jiménez, member of the Microbiology and Ecology Department of the University of Valencia, and José Manuel García Verdugo, member of the Laboratory of Comparative Neurobiology at the University of Valencia and the Joint Research Unit on Multiple Sclerosis and Neuroregeneration at La Fe Hospital, in Valencia.

The team received research funding for the project from the program of research aids for pre-competitive and consolidated groups operated by Banco Santander and CEU Cardenal Herrera University, from the Institute of Biomedical Sciences at CEU-UCH, and from the program of research aids for emerging groups operated by the Department of Education, Culture and Sport of the Government of Valencia, the FEDER funds and the Department of Economy and Competitiveness of the central Spanish government.