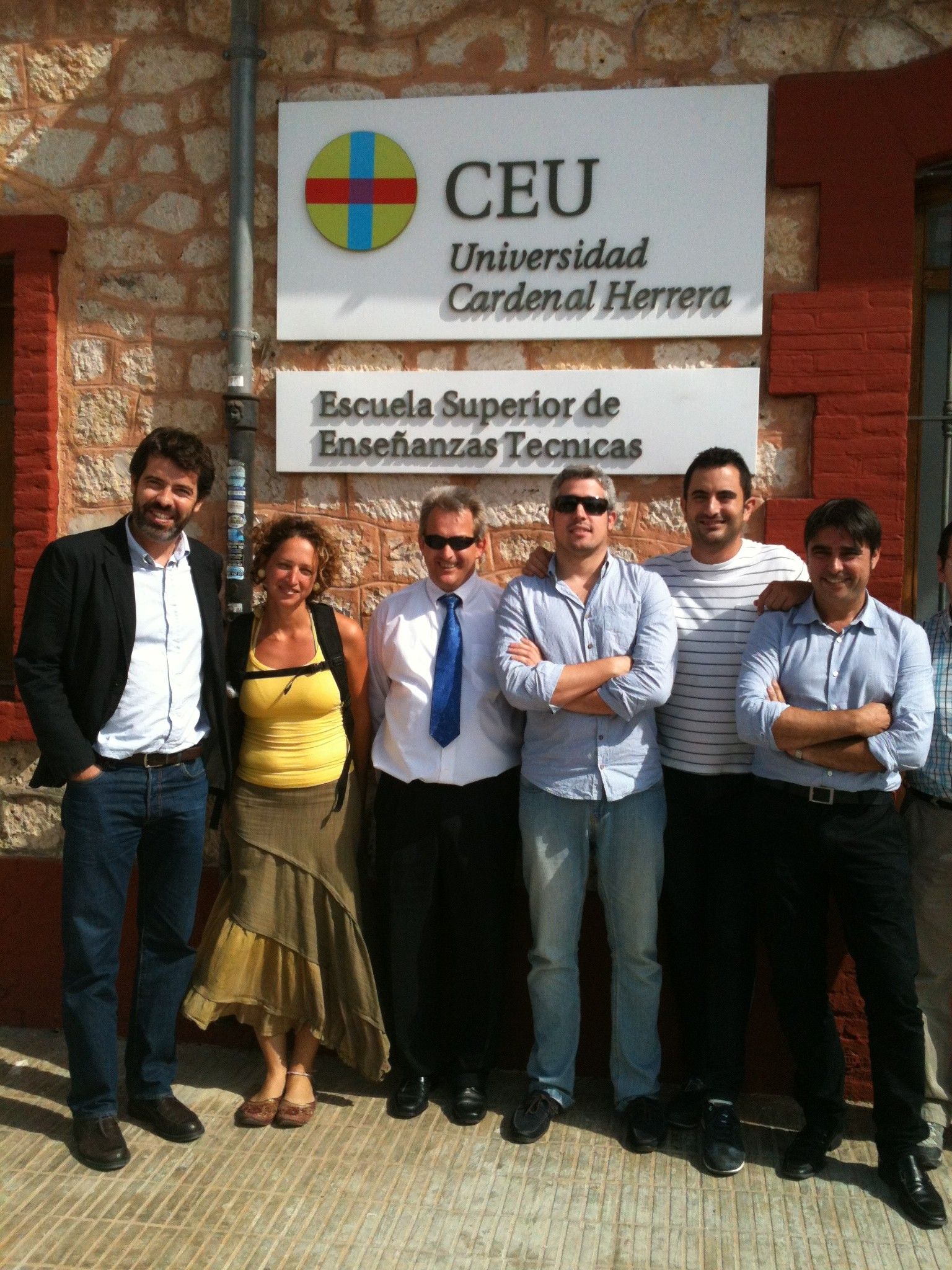 The Technical School of Engineering is one of the host organisations for the programme, which receives pioneers who take part in innovative programmes involving low carbon emission technologies

This month the Higher School of Technical Education of CEU-UCH welcomes three “Pioneers into Practice” researchers from the European climate change programme Climate-KIC. CEU Cardenal Herrera is one of the host institutions for this programme, whose aim is to create a new generation of top-class innovators and entrepreneurs in order to achieve a low carbon economy in Europe. The Dutchman Stephaan Röell, the Hungarian Hajnal Szolga and the German Christian Dörr have worked on their projects on the Community of Valencia from CEU-UCH as host institution. Their coach during their stay has been the ESET lecturer Ricardo Merí de la Maza, director of the Institute of Innovation, Design and Technology (IDIT) and of the International Relations Office of CEU-UCH.

The Climate-Knowledge and Innovation Community (Climate-KIC) is a European climate change initiative supported by the European Institute of Innovation and Technology (EIT). It brings together a consortium of the main representatives of industry, academia and the regions in order to develop and exchange knowledge about innovations on a world scale to deal with climate change. The Community of Valencia, the only Spanish region participating in the programme, is one of the six participating regions, alongside Central Hungary, Emilia Rogmagna, Hessen, Lower Silesia and the West Midlands.

The “Pioneers into Practice” programme is part of the Climate-KIC. Its aim is to create a new generation of top-class specialists, entrepreneurs and legislators in order to achieve a low carbon economy in Europe. On 5 March the CEU-UCH held a seminar to launch the 2103 Competition for the Community of Valencia in the Palacio de Colomina and it welcomed three European “pioneers into practice” researchers.

The aim of Dutch researcher Stephaan Röell during his stay in the ESET has been to study in parallel the sustainability eco-system of two of the regions taking part in the Climate-KIC: the Community of Valencia and the Dutch province of Utrecht. The German Christian Dörr has worked on the technology of hydrogen engines with the Research and Development Group on Technologies in Energy Applications TEC-ENER of CEU-UCH, applied to the project of the UAV, the unmanned plane developed together with the  LIFTEC, institute of the CSIC in Zaragoza, with national financing from the Ministry of Economy and Competitiveness. The Hungarian researcher Hajnal Szolga is studying the connections between environment and art, particularly in the area of social eco-awareness and its artistic and cultural manifestations, focussing on the Cabanyal district of Valencia.