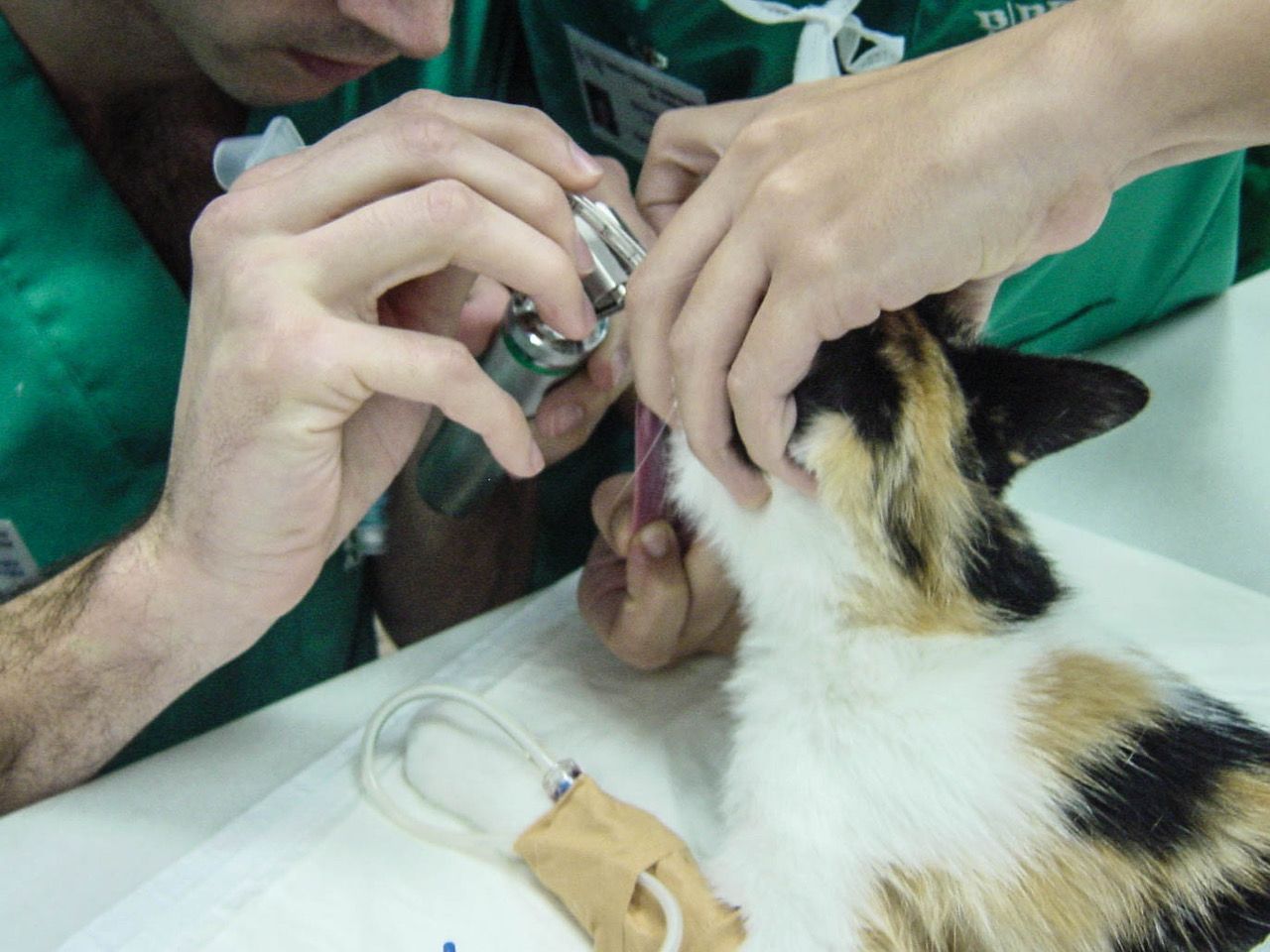 CEU Cardenal Herrera University professor José Ignacio Redondo has collaborated with a team of veterinary anesthesiologists at the University of Sydney to conduct this study, published in Veterinary Anaesthesia and Analgesia The authors of the study recommend the use of manometers during intubation of cats, since administering the exact pressure during manual ventilation is more complex in this species than in others.

Endotracheal intubation is a basic safety procedure in general anesthesia. However, this practice can lead to complications, with a particular problem being the air pressure of the inflated cuff surrounding the tube itself, which acts as a seal within the trachea. If the air pressure in the cuff is too high, this could cause damage to the trachea. Researchers at CEU Cardenal Herrera University and the University of Sydney have developed a cat airway simulator for the purpose of improving air pressure management during intubation by veterinary anesthesiologists.

The simulator has also been used to train veterinary students during their rotations in the area of ​​Anesthesiology. Use of the simulator has achieved a reduction of almost 30% in the number of interventions in which the air pressure is too high.

CEU UCH Veterinary Professor José Ignacio Redondo has undertaken this study in conjunction with three professors from the Department of Anaesthesia of the Veterinary Teaching Hospital of the University of Sydney: Donna M. White, Alastair R. Mair and Fernando Martinez-Taboada. The results obtained with the use of this simulator have been published in the most prestigious international journal in the field: Veterinary Anaesthesia and Analgesia.

According to the co-author of the study and professor of Veterinary Medicine at CEU UCH José Ignacio Redondo, “intubation is a fundamental and critical safety measure in anesthesia. Sealing the trachea is key to preventing air leaks, airway obstruction, or aspiration pneumonia. However, it is a risky maneuver that may cause injury. In clinical settings, there are two main methods to verify that an effective seal has been achieved: palpation of the pilot balloon connected to the cuff or listening to the animal’s breathing for any possible air leaks. When looking to improve student and professional expertise in this area, it is a great advantage to have a simulator like the one designed in this study.”

This simulator of a cat’s trachea and lungs, created by Dr Martínez-Taboada, is based on a model obtained from a comparison of multiple computerized tomography (CT) images to define the relevant dimensions, such as the average diameter of a cat’s trachea. The use of the simulator in the study enabled the effectiveness of two different methods of checking for the appropriate air pressure in the cuff to be tested, with the resulting pressure values measured using a manometer for later comparison.

As Martinez Taboada of the University of Sydney explains, “the manometer accurately measures the air pressure administered to the cat’s airway to determine whether it is below the pressure required for effective ventilation of the animal during the procedure, or it is excessive, which may pose a risk of injury to the trachea. In this way both experienced and trainee veterinarians can see their progress in the mastering of this technique.”

The Spanish and Australian researchers participating in the study compared the results obtained by experienced veterinarians and those of inexperienced students, both at the beginning and at the end of their rotation period. For Martínez-Taboada, ” practice with the simulator was able to reduce the number of interventions that exceeded appropriate levels of air pressure by almost 30%, which shows that its use can improve the skills of those training to be veterinarians.”

The results of the CEU UCH/University of Sydney study also show that administering the exact pressure to the cuff during ventilation in intubated cats is more complex than in other animal species, at least as compared with those results from a previous study in dogs. For this reason, the researchers recommend incorporating the use of the manometer for the intubation of cats, to be able to ensure that the pressure in the cuffs is in the proper range, thus minimizing  the risks, especially with regard to high pressures.

In fact, cats are the animal species in which most complications have been reported as a result of excessive air pressure in the cuffs during intubation, causing damage to the trachea. In contrast, the incidence of complications due to low cuff pressure in this species is less notable.

In order to read the article, “The effect of user experience and inflation technique on endotracheal tube cuff pressure using a feline airway simulator”, visit Veterinary Anaesthesia and Analgesia.