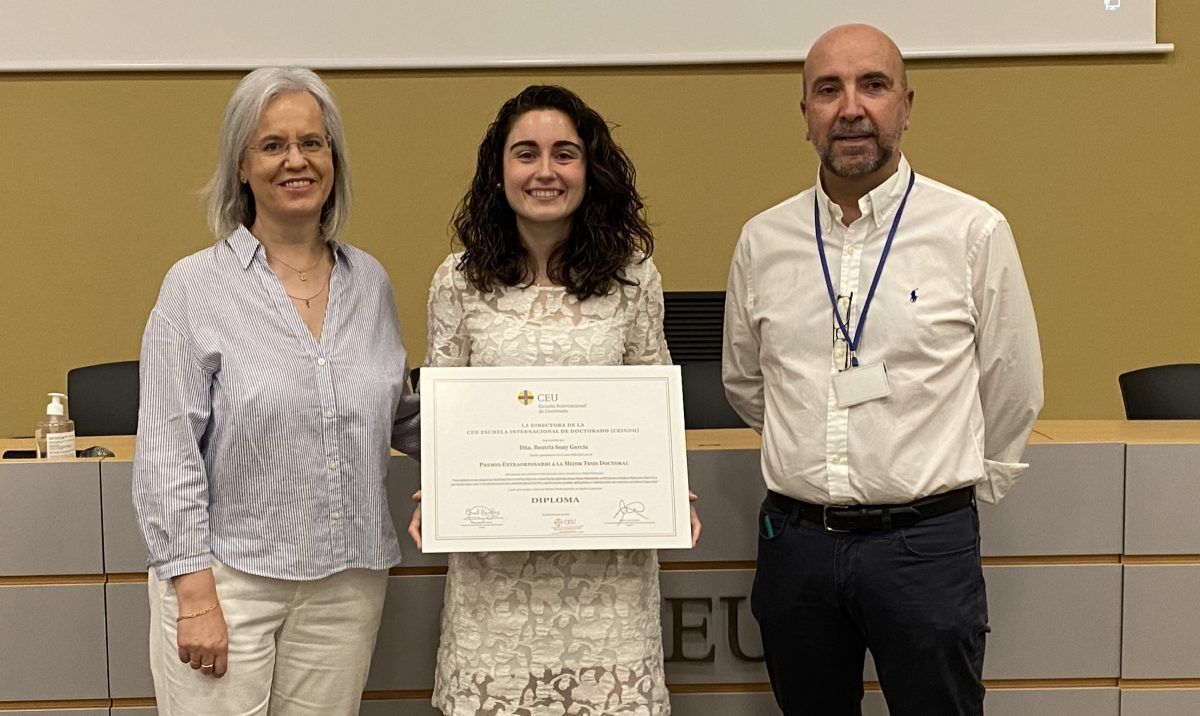 Beatriz Suay García, a Doctor in Pharmacy and a researcher at the international research chair ESI-CEU, has been awarded a Premio Extraordinario de Doctorado (a prize for extraordinary academic achievement for her doctoral thesis)fromCEINDO, CEU Universities’ international doctoral school. Her thesis was judged to have been the best submitted in the Health Science and Technology section between December 2018 and March 2021 and concerns a method for the repurposing of drugs which are already commercially available as antibacterial agents. This approach has lower financial and time-related costs in comparison with the development of new antibiotics, as researchers seek to counteract increasing bacterial resistance to current antibiotics.

Under the guidance of her supervisors at CEU UCH, Professor Teresa Pérez Gracia and Dr Pedro Alemán, Dr Suay’s doctoral research concerned the development of three mathematical and topological models for the prediction of the anti-bacterial activity of a group of antibiotics called quinolones, in respect of two bacteria considered by the WHO to be priority targets in the search for new antibiotics: Escherichia coli and Methicillin-resistant Staphylococcus aureus (MRSA).

Expert in the use of AI for drug repurposing Dr Suay will continue to work on antibiotic resistance as a member of the SWI-CEU research team at CEU UCH, but she has also applied her skills to the challenge posed by COVID-19, similarly by seeking to find a way to

repurpose available drugs. As a researcher at the Department of Mathematics, Physics and Technological Sciences at CEU UCH and the international research chair ESI-CEU, she has taken part in research leading to the identification of 16 drugs suitable for COVID-19 treatment, using an innovative mathematical model based on the cutting-edge use of topological data analysis (TDA). This approach compares the three-dimensional structure of proteins on which these already available drugs are known to act with the proteins used by the coronavirus SARS-CoV-2.