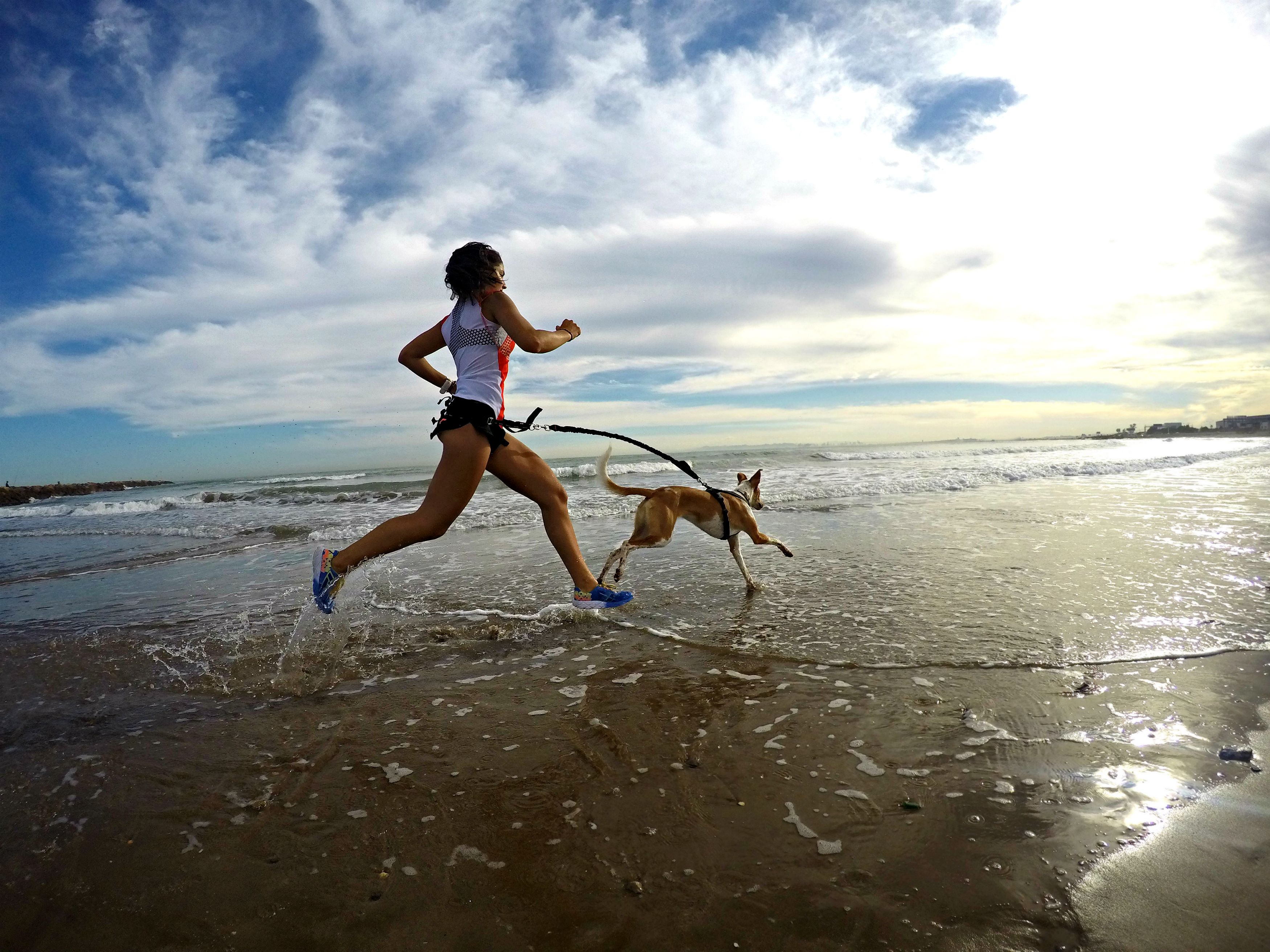 Chloe Nordera, a second-year student of Veterinary Medicine at the University CEU Cardenal Herrera, has been the first runner to cross the finish line in the II Canicross Vila de Muro race. Accompanied by her dog Maïa, the CEU student finished the route of seven kilometres: “It was our first canicross, and it was an amazing experience.” 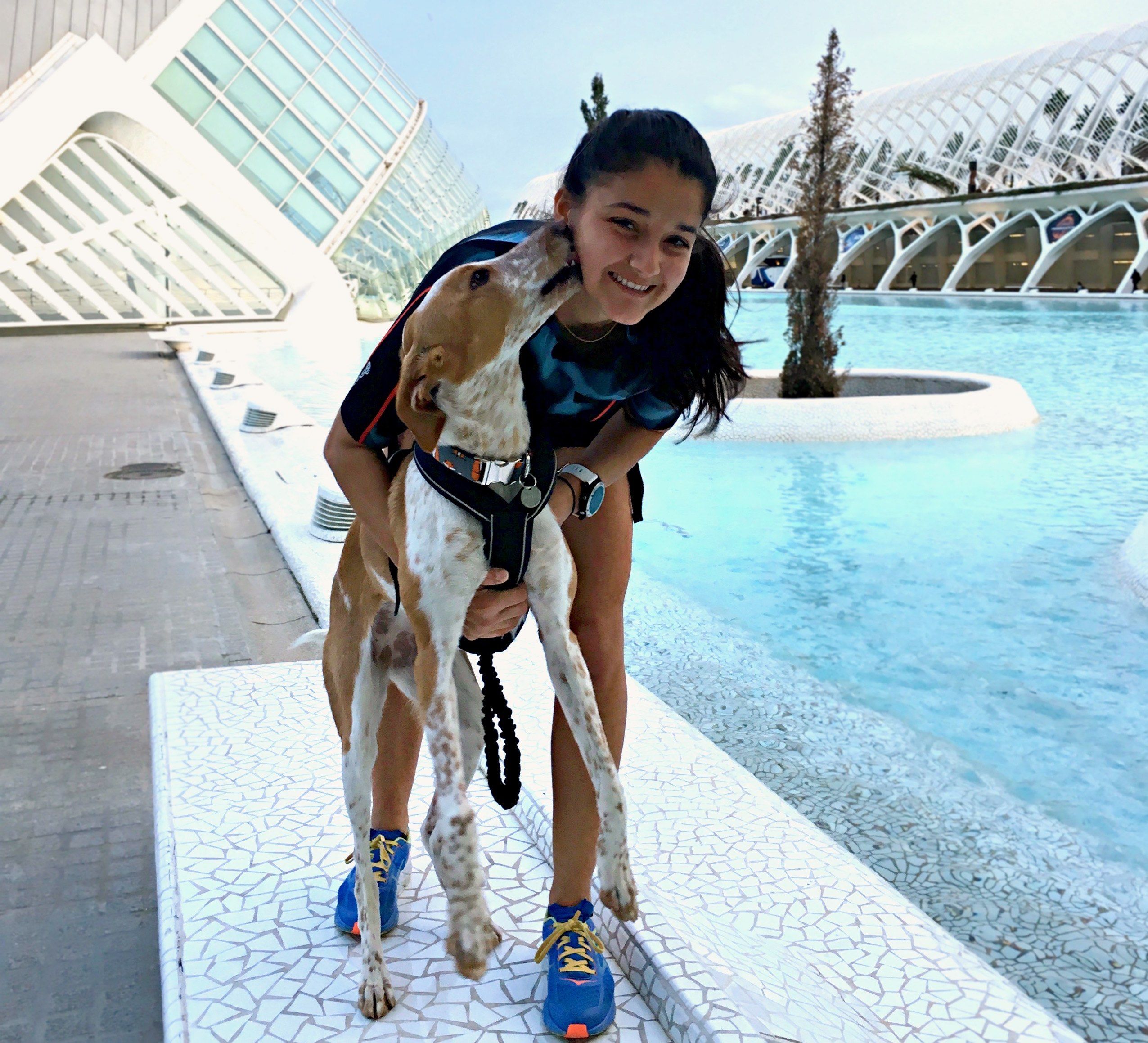 Canicross is a sport in which the runners are connected with their dogs by a belt and a harness. “This sport allows you to have a connection with your pet, to enjoy and endure together. I have practiced mountain running for three years: at first I ran alone, but since Maïa joined me I have been more motivated. Maïa is a Warren Hound, podenco, and as all dogs of this breed it’s very intelligent, very loving, and has a lot of energy, Maïa loves to run.”

However, Chloe Nordera tells us that she has run with Maïa for only a few months: “It’s a young dog, one and a half years old, and they can’t run before they are one year old so that their development wouldn’t be affected.”

Maïa is an adopted dog. The CEU student found her on the street together with its mom and siblings when it was only one month old: “At first I thought to take it to a shelter for a while: however, I decided to adopt it.”

Currently they are both preparing to participate in March in a canicross race of six kilometres in France: “After that I believe we will be ready to participate in the European championships that are held in November in Italy.” 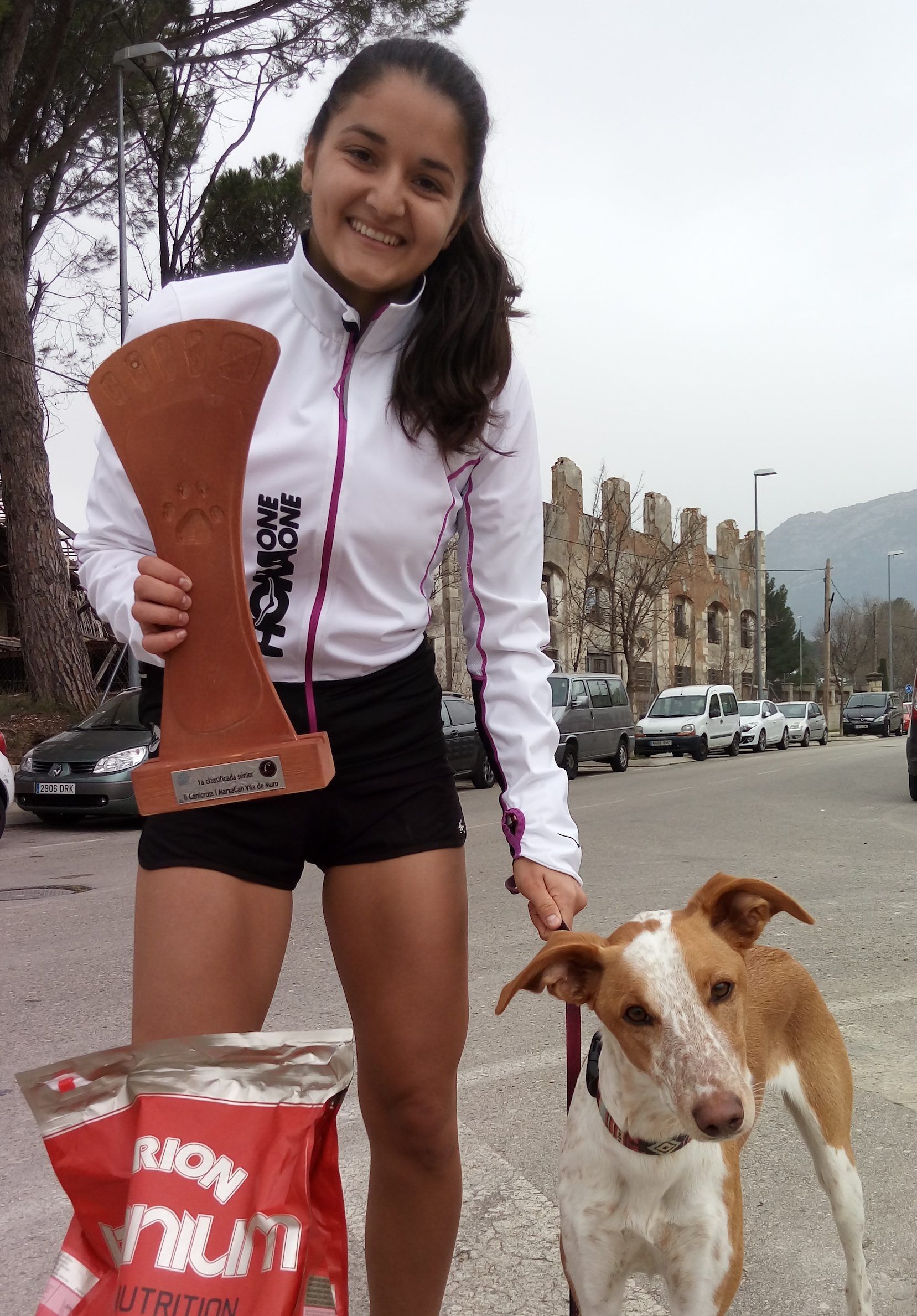 Chloe Nordera came from France to study Veterinary Medicine at CEU UCH: “The experience at CEU is very good, it lets me realise my dream of being a veterinarian. In addition, I’m studying in English and Spanish, which allows me to know three languages perfectly at the end of my studies and in this way to work with wild animals in South Africa, of which I already have experience. I have liked animals since I was a child. My dream is to open a sanctuary in the future to help abandoned animals and to support their protectors. ”