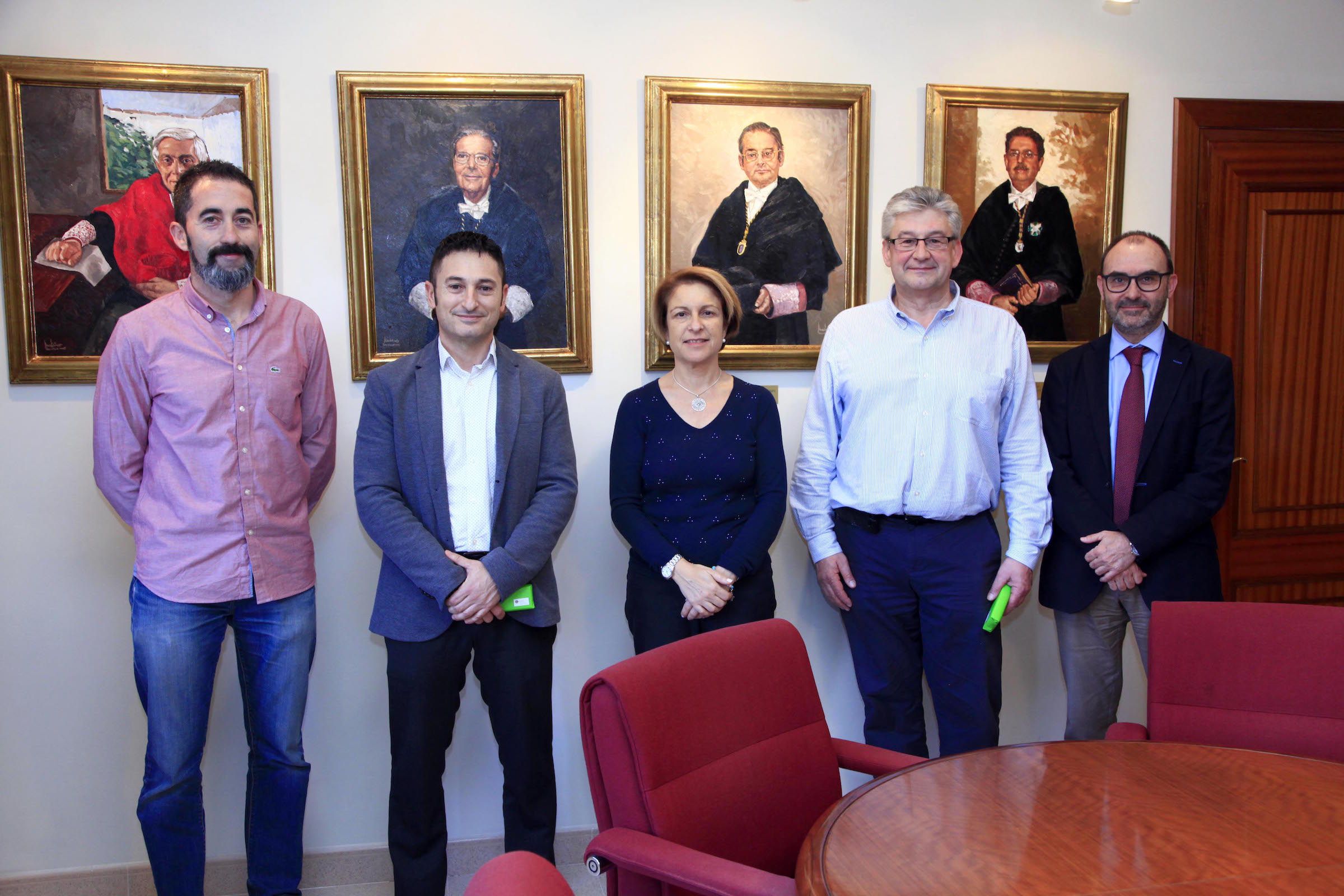 The University Research Program at the head office of Ford in Deaborn (USA) selected a research project from CEU Valencia and the Ford plant in Valencia lead by Nicolás Montes and Eduardo García Magraner.

The Universidad CEU Cardenal Herrera and Ford Valencia research project “Miniterm 4.0” has been the first Spanish project to be chosen by the University Research Program (UPR) by the head office of Ford Motor Company in Deaborn (United States). The project was lead, developed and put into action by Nicolás Montes, main researcher at the Industrial and Robotic Automation Group (AIR) at CEU Valencia, and Eduardo García Magrener, Manager of the Engineering of Body work and Press at Ford Valencia with the support of the UPR at Ford. Oleg Gusikhin, Technical Leader at the Ford Headquarters in Deaborn, has travelled to Valencia to present the diploma for CEU UCH collaboration on the research; the event took place in the Palacio de Colomina-CEU.

As professor Nicolás Montes, head researcher of the CEU UCH Grupo AIR, explains, “ the project allows for the real time monitoring of the deterioration of the machines and predict their breakdown, therefore avoiding failure in the production line. We are very proud that this is the first time that a Spanish university has been selected by the University Research Program at Ford in the United States for the development of a joint research project.”

This project came about when Nicolás Montes Sanchez supervised the first doctoral thesis defended by personnel from the Ford factory in Almussafes, which was carried out by Eduardo García Magraner. The proposal arising from this first thesis has been evolving since 2016 and has become a new standard in PLCs and Ford is going to apply it to all of its projects that it has on a global level.

The factory in Valencia will be the epicentre of its expansion. It is expected that by the end of the year there will be thousands of machines that are all connected with this new standard in the Almussafes factory. The research project, supported by the Ford Motor company University Research Program (URP), intends to analyse data in order to determine not just what diseases the machines suffer from but also the amount of time that passes until there is an error in the production line.

Eduardo García Magraner, Manager of the Engineering of Body work and Press at Ford Valencia and doctor at CEU UCH explains, “the current project means that the company will be able to save a huge amount of money and it will minimise blockages in the production line and will allow the programming of repairing the deteriorating components thanks to the design of this predictive system.”

The Ford University Research Program’s objective is to develop technology and a generation of valuable knowledge for the company through the relationships it has with university scientists and engineers across the world. Since it’s creation, 30 years ago, Ford has collaborated with 150 universities around the world through this programme and now the University CEU Cardenal Herrera has been added to that list as the first Spanish university to participate in this program.

Lucía Hilario, Nuria Rosillo and Mónica Alacreu, are all professors in the Department of Mathematics, Physics and Technological Sciences at CEU UCH are the researchers from the Industrial and Robotic Automation Group (AIR) at CEU Valencia, lead by Nicolás Montes, that participated in this project supported by Ford Motor Company.

The presentation of the project, in the Palacio de Colomina, CEU head office in Valencia, was attended by the Vice Rector of Research, Ignacio Pérez Roger; and Antonio Falcó, professor in the Department of Mathematics, Physics and Technological Sciences. From Ford, Oleg Gusikhin, Technical leader of the Ford head office in Deaborn, was accompanied by one the directors of Ford Valencia Enrique Roig, Training Manager; Helios Álvarez, director of the Area of Bodywork and Press; and Eduardo García Magraner, manager of the Engineering of Bodywork and Press.