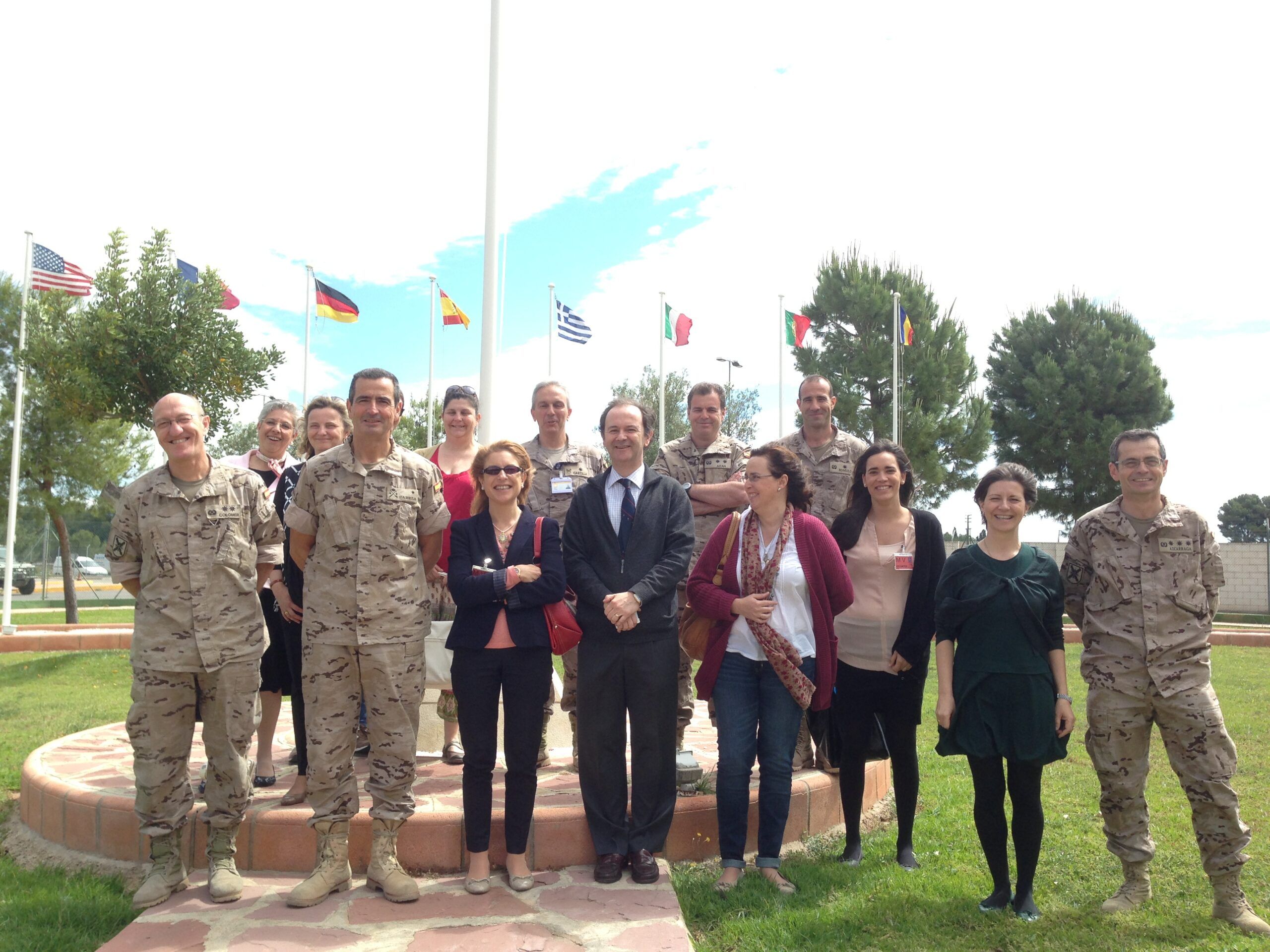 Both institutions are working together to raise awareness in the university of the work of the Armed Forces, studying research surrounding the deployment of troops abroad

On 28th May, a group of CEU-UCH lecturers led by Rector Rosa Visiedo Claverol visited the facilities at the NATO Headquarters in Bétera (Valencia). The group was welcomed by the commander-in-chief, General Cabeza, who had just returned from a NATO deployment mission at the ISAF in Afghanistan.

The visit is part of the collaboration and mutual aim of both institutions of raising awareness in the university about the work of the Armed Forces, as well as consolidating common research issues and counselling the Spanish Armed Forces and NATO about issues surrounding deploying troops abroad as part of international peace-keeping operations.

The work of both institutions is part of the new strategic concept of a Comprehensive Approach which NATO applies to its missions, and which requires the participation of the general public in their actions abroad. Two lecturers from the Political Science degree programme, Susana Sanz Caballero and Ruth Abril Stoffels, participated in the visit to the military base. They specialise in the field of Public International Law and International Relations at CEU-UCH, and will advise future delegations of international operations about legal issues and human rights. The other members of the CEU-UCH group were Belén Merck, Salvatore Moccia, Elvira García de Torres, Vicente Villar, Laura Valls and Elena Juaristi.